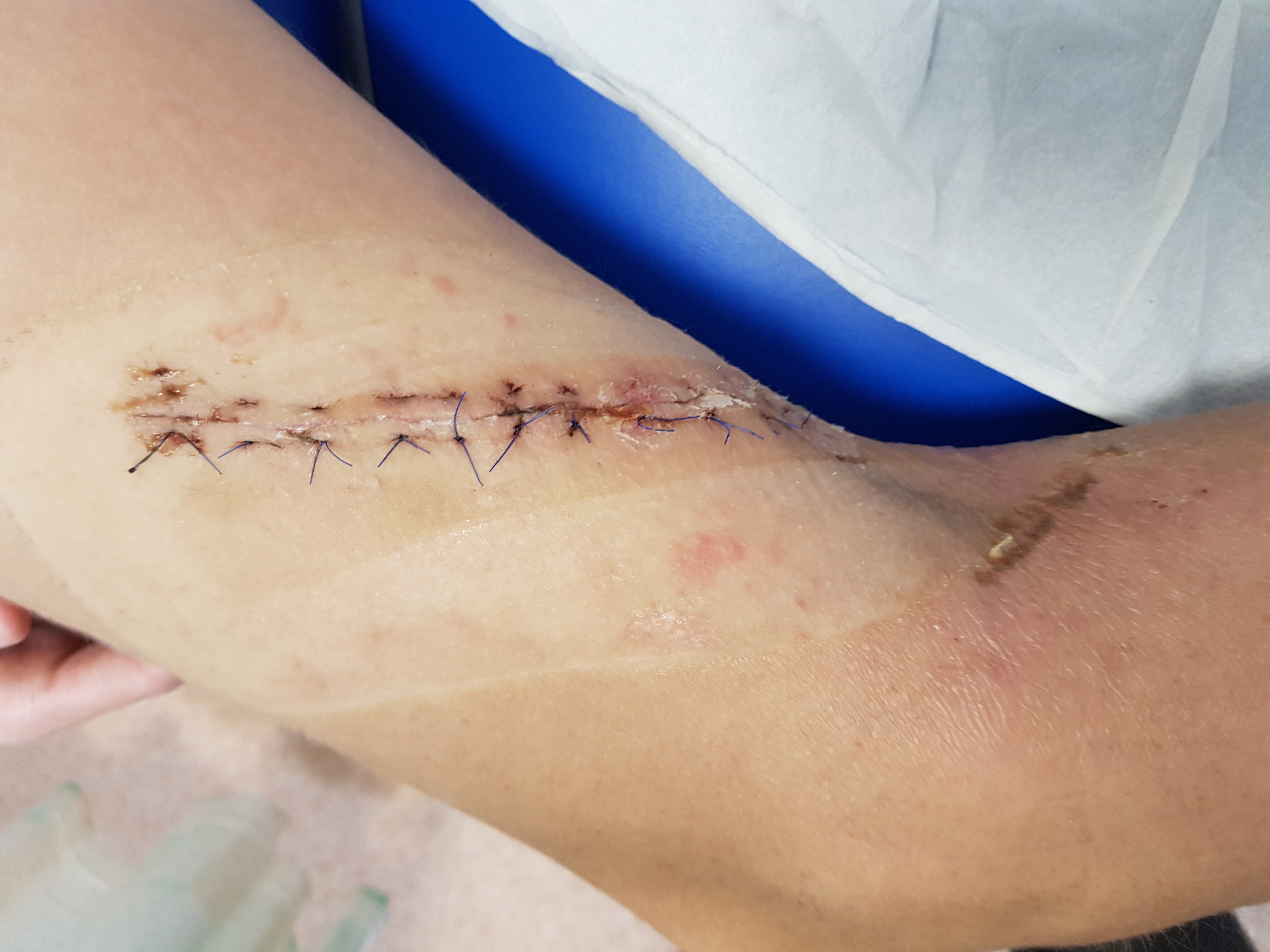 The family of a teenager who sliced open his leg while vandalising a public library have condemned his actions – and hope other children learn from his mistake.

Last month police were called to the library on Prince Consort Road in Gateshead after reports that teenagers had climbed on to the roof.

When emergency serviced arrived on the scene those responsible fled the area but officers soon found a 15-year-old at the top of the building.

He had been left with a gaping wound to his left leg after attempting to kick out a glass window.

Officers delivered first aid to the teenager before he was rushed to hospital where he underwent emergency surgery.

The incident left him needing 15 stitches but he also received another visit from police who had strong words with him about his actions.

He has been referred to the Youth Offending Team but his family have also agreed for his case to be used in schools to warn children about the consequences of anti-social behaviour.

Now the teenager’s grandfather has thanked police for giving the youngster a telling off – and also called on other children to learn from his mistake.

The 65-year-old, who isn’t being named, said: “He is a follower and if his mates are doing something then he has to follow

“When we got the call we were really worried about him, especially when we got to the library and we saw all the emergency services.

“He knows what he did was wrong but I don’t think he was even thinking about what he was doing that night. I am glad the police came round and had a word with him.

“We hope that what has happened to him will stop other children from doing the same thing and maybe learn from his mistakes.”

PC Matthew Pattinson delivered first aid to the schoolboy after attending the report of anti-social behaviour.

The officer says he is satisfied that the teenager is remorseful about his actions and said the case will be used to educate other unruly teens.

PC Pattinson said: “This lad is very, very lucky not to have been even more seriously injured and the scar on his leg will act as a permanent reminder of his stupidity.

“I have spoken to him myself and given him a very stern warning and I know he is very remorseful about his actions and knows he was in the wrong.

“His family have been very supportive of police and they are happy for us to release images that show just how badly the teenager was injured.

“We will also be going into schools to show them the injuries in the hope that it acts as a stern warning about this type of mindless behaviour.

“On another day he could have fallen through the glass and in to the library. If that had happened then he would be lucky to have survived.”

If you want to report anti-social behaviour then contact police on 101 or report it online on the Northumbria Police website.