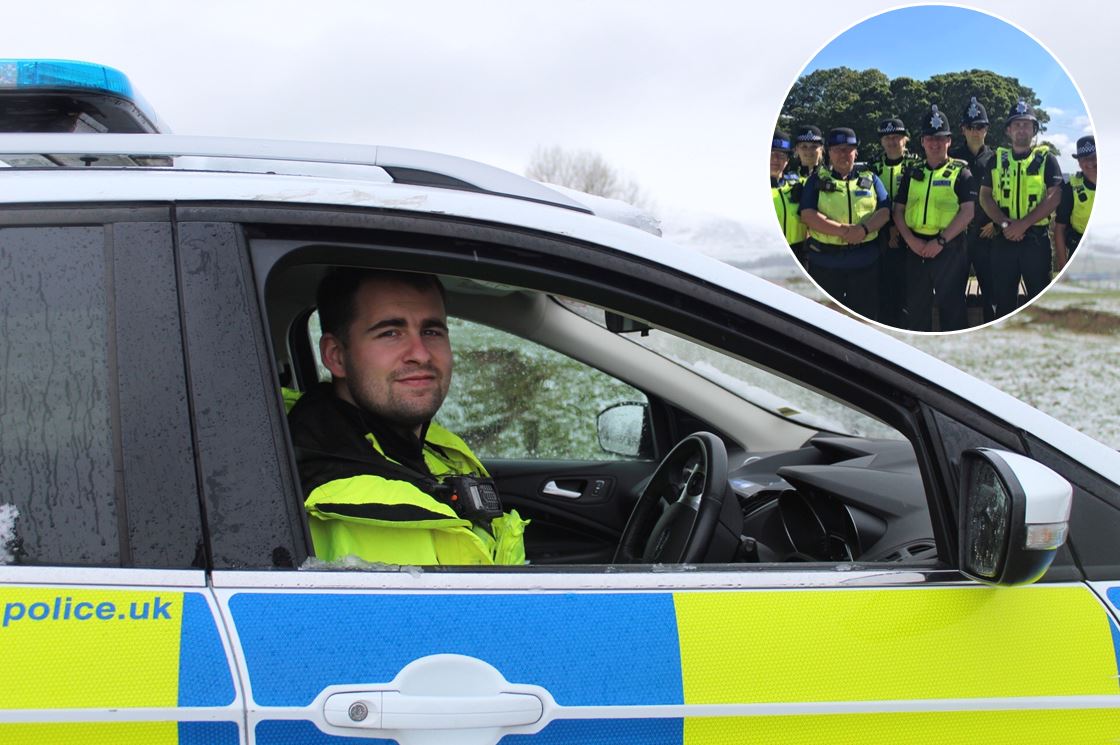 Communities in Northumberland will continue to see a familiar face around the streets as PC Sean Riley will continue his dedicated career with Northumbria Police.

PC Riley first joined Northumbria in May 2012 as a Cadet where he was deployed to events, community engagement opportunities and assisted with issues facing residents.

The next step on his policing ladder was to become a Special Constable which he accomplished in January 2017 before being accepted as an officer earlier this month.

PC Riley will be officially deployed following his training period and will be getting to grips with his new role and learning the ropes from those he has worked with and admired as a Special Constable in the past.

PC Riley said: “When I first joined as a Cadet it was just something to fill my time with but I fell in love with helping others and really found purpose in what I was doing.

“I carried that on to becoming a Special Constable and now an officer and I’m really excited for what lies ahead. I loved my role volunteering as a Special, I made great friends, learned how to support communities and victims and I want to develop that going forward as an officer.”

PC Riley will be stationed in Berwick and already has a love for north Northumberland.

He said: “I have a history with Northumberland, especially further north. I’m from up that way, I grew up there and it's where I went to school.  The northern area of the Force means so much to me, I was a Special there and I want to continue to help those in our more rural areas.”

With policing rural areas comes different challenges and crime trends. PC Riley hopes to tackle these head on and ensure victims remain at the heart of why he does what he does.

He added: “I have a very keen interest in Neighbourhood Policing, solving the problems that are occurring within communities and coming up with long term solutions to help residents and reduce victims of crime.

“We cover a huge geographical area when it comes to our rural communities and this has its benefits as well as its challenges but I’m confident we have the right approaches to staying proactive in our policing and tackling of crime and I look forward to continue the hard work of my colleagues to maintain this.”

PC Riley has relocated for his new role, further proof of his dedication to the job, and will be looking to climb the ranks during his career.

He continued: “I hope to progress through the ranks but I’m in no rush yet. I love policing on the streets and I don’t want that to change anytime soon.

“I was lucky enough to keep the same police number as a Cadet and a Special and have been given the closest possible as an officer too, so if I did eventually become an Inspector I’d hopefully get to keep the last three numbers which have followed me so far – and to be honest have become quite attached to!”

PC Riley finished: “I’ve always believed at throwing yourself into the unknown and doing the best job you can and here I feel safe doing that because I know I have a great team around me to help and support me when I need it.

“I also have fantastic support at home from my family and friends. My mum and Dad used to drive me all over when I was a Cadet to all the meetings and events I attended – I wouldn’t be where I am today if it wasn’t for them and I’ll always love them for that.

“My mum always goes on about how she would make a good detective because she watches the TV show Vera but to be honest she worries about me because it can be a dangerous job and you can be disliked for doing the right thing.

“But I hope to continue to change people’s negative perception of officers and show communities we’re here to help and support them – after all that’s why I joined in the first place.”