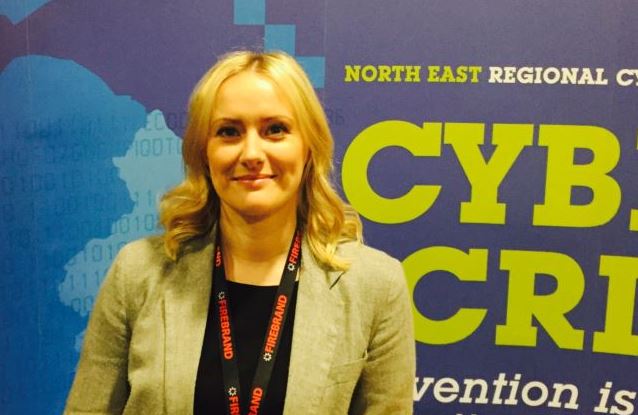 She’s one of the officers leading the way in how Northumbria Police tackles complex cybercrime, but when Rachel Richardson joined the Force in 2005 she was nothing more than a new recruit with a desire to become a detective.

Now, 14 years into her career and despite holding no formal ICT or digital qualifications when she began, Rachel and her team are at the forefront of modern policing – looking after the vast and intricate online world.

She said: “I had always wanted to be a detective – no-one in my family and none of my close friends were in the police but I wanted to help people and I wanted to investigate crime.”

As a 23-year-old Rachel set off to do just that – training at the National Police Training Centre in Bruche, Warrington, alongside colleagues from Greater Manchester Police and West Yorkshire before joining Northumbria Police as a 24/7 uniformed officer.

“I never had a particular path in mind but after about two-and-a-half years in the Force I began acting as a Sergeant and get my exams done early on," said Rachel. "I just thought, why not, what’s the worst that could happen?"

It was that can-do attitude that saw her become a Sergeant in 2013 after eight years working in 24/7 policing and Sunderland CID.

After two years in post, the then-Sergeant was enticed to try her hand at something different after seeing a role within a newly-created cybercrime team.

She said: “I just thought well I’ve no skills in that area, but I’m willing to learn, I’ve got an investigative mind and I had nothing to lose.

“The opportunities are there if you just have the courage to say, 'yes I’m interested'.”

It was in this role at the North East Regional Special Operations Unit (NERSOU) that she trained to become a computer examiner and acquired a whole host of new digital and cyber skills.

Fast forward five years and the Detective Inspector is now back in her home force looking after a team of staff in the Digital Forensics Unit and ever-growing cybercrime department.

And she now hopes to inspire other women with the same can-do attitude to consider a career in policing.

“I would say to anyone thinking about a career in policing is that if you are capable and competent the opportunities are there for you," said Rachel. And there is something for everyone because the Force is so diverse.

“I would encourage all women to join the Police if that is what you want to do - we are welcoming and treat everyone with respect. There are so many areas to go into and there really is something for everyone it just depends what you’re interested in and what you’re passionate about.”

If you are inspired by Rachel’s story and are interested in a career as a police office, you can find out more by visiting https://bit.ly/2p6lFge