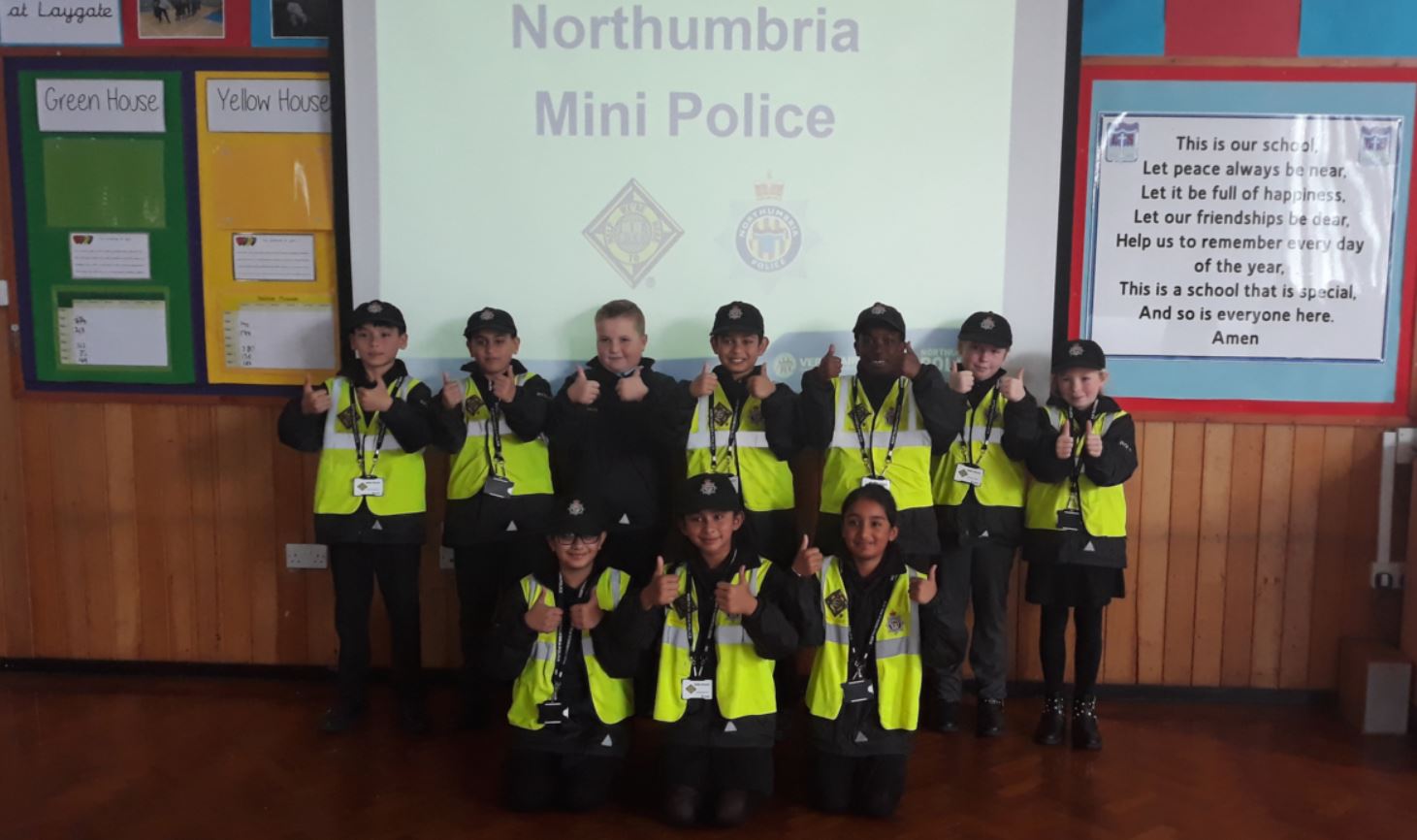 From dealing with playground squabbles to inspiring their friends at school - our newest classroom recruits have been explaining why they were keen to join the Force’s Mini Police.

Dozens of pupils have been introduced as new volunteers in our successful Mini Police scheme over the last few weeks.

Since its launch in 2017, the Force have recruited schoolchildren aged nine and 10 across Northumbria who have pledged to give up their spare time to support operational policing – from passing on safety tips to class mates to helping us at public events.

Pupils interested in joining the Mini Police for the upcoming school year were each tasked with writing a letter to police and their teacher outlining why they’d be a good candidate. A small selection were then selected to take up the role.

Now, we can share some of the heartfelt letters written by youngsters from two South Shields schools - Marine Park Primary School, who have joined the scheme for the first time, and Laygate Community School who have been signed up since it piloted.

One girl, Grace, said: “I think I would be a good Mini Police member because if there was a fight on the yard or the field, I will break it up and ask for them to say sorry to each other.

“If anyone was upset, I will ask if they want to play with me.”

Another successful youngster, Zahra, said: “I’d like to be a Mini Police because I am hard working and I am a reliable person. If I don’t get picked it is OK, I understand you have to pick only 10 people, and I will be happy for them. But it would be an honour to be a Mini Police.

“I really want to be a real police officer when I am bigger because I want people to do what is right and not evil. I will be dedicated and committed to this job.”

Meanwhile Ali hopes to pass on the lessons he learns with the Mini Police to his family and friends.

“I want to join the Mini Police because I want to see what it feels like and I might want to be a police officer when I am older,” he wrote.

“I want to see how people are bad so I can tell my friends and family not to be bad when they grow up.”

Chief Superintendent Sarah Pitt, lead for volunteers at Northumbria Police, has welcomed the new recruits and say they continue to be a “valuable asset” to the Force.

“We are delighted with how successful the Mini Police scheme has been and it’s great to be able to welcome the new recruits over the last few weeks,” Chief Supt Pitt said.

“The scheme has helped break down barriers and show pupils at schools that our officers are friendly, approachable and there to keep them safe.

“The Mini Police deliver some tough messages to their classmates and it’s hugely important for young people to hear those key safety messages from their peers.

“I wish our new pupils the very best of luck and look forward to seeing the positive impact they have in the coming months.”