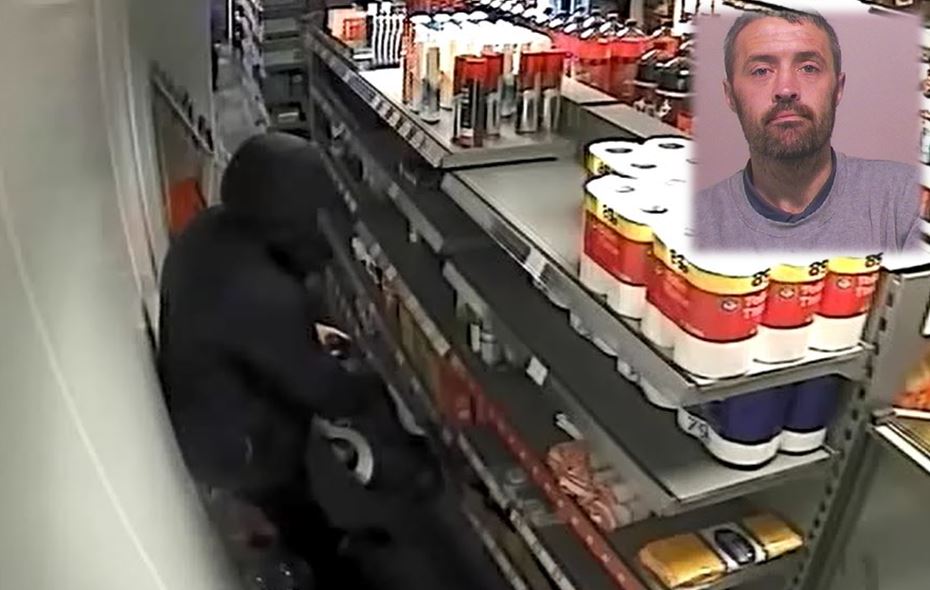 Officers found Skidmore, 38, had been discharged from South Tyneside Hospital just hours before carrying out the offence in South Shields

A heartless raider who robbed a shop while still wearing a hospital tag has been put behind bars.

Paul Skidmore, 38, left a female shop worker “physically sick” after he pinned her up against the counter during the terrifying ordeal at the ‘Best One’ convenience store on Ocean Road, South Shields, in August.

After the employee - in her 60s - saw Skidmore placing bottles of alcohol into his bag without paying she ordered him to put the items back, which he initially agreed to.

But shortly after, Skidmore forced his way through a ‘staff only’ door and demanded the woman to empty the till, before pinning her up against the counter as she attempted to press the panic button.

Officers identified Skidmore from the store’s CCTV and learned he had been discharged from South Tyneside Hospital just hours earlier – and was still wearing his tag at the time of the robbery.

Skidmore, of no fixed abode, was arrested and admitted robbery at Newcastle Crown Court on September 12.

On Friday, he was jailed for two years.

Detective Constable David Horsley, of Northumbria Police’s Southern CID, said: “This was a disgraceful crime that left a 65-year-old woman who was working at the store terrified for her life.

“By committing this selfish act, Skidmore showed a disregard for her welfare and used his strength to overpower her as she attempted to call for help. He then left the store having stolen various bottles of alcohol.

“I am pleased that Skidmore has now been taken off the streets. He showed no remorse throughout the investigation and made the victim attempt to pick him out in an identification procedure, which will have caused even further distress.

“I would like to take this opportunity to thank the victim for her cooperation and bravery throughout, and reassure residents that this type of criminality will not be tolerated.

“Anyone who takes the law into their own hands and undermines the fabric of our communities will be dealt with robustly and ultimately brought to justice.”

The female employee was uninjured but admitted she was in “still in shock” when officers arrived at the store following the robbery.

In a statement read out in court, the victim said: “In the immediate aftermath of this I felt physically sick, but I was determined not to take any time off because I thought that if I did, I would never have gone back.

“The longer-term effects of what happened to me are that I get very anxious if anyone comes into the shop who remotely looks like the robber. When that happens I start shaking, I tense up and I feel like I am going to have a panic attack.”

After scanning the store’s CCTV, police identified Skidmore and carried out further enquiries at South Tyneside Hospital, where the defendant had been discharged just hours prior to the offence.