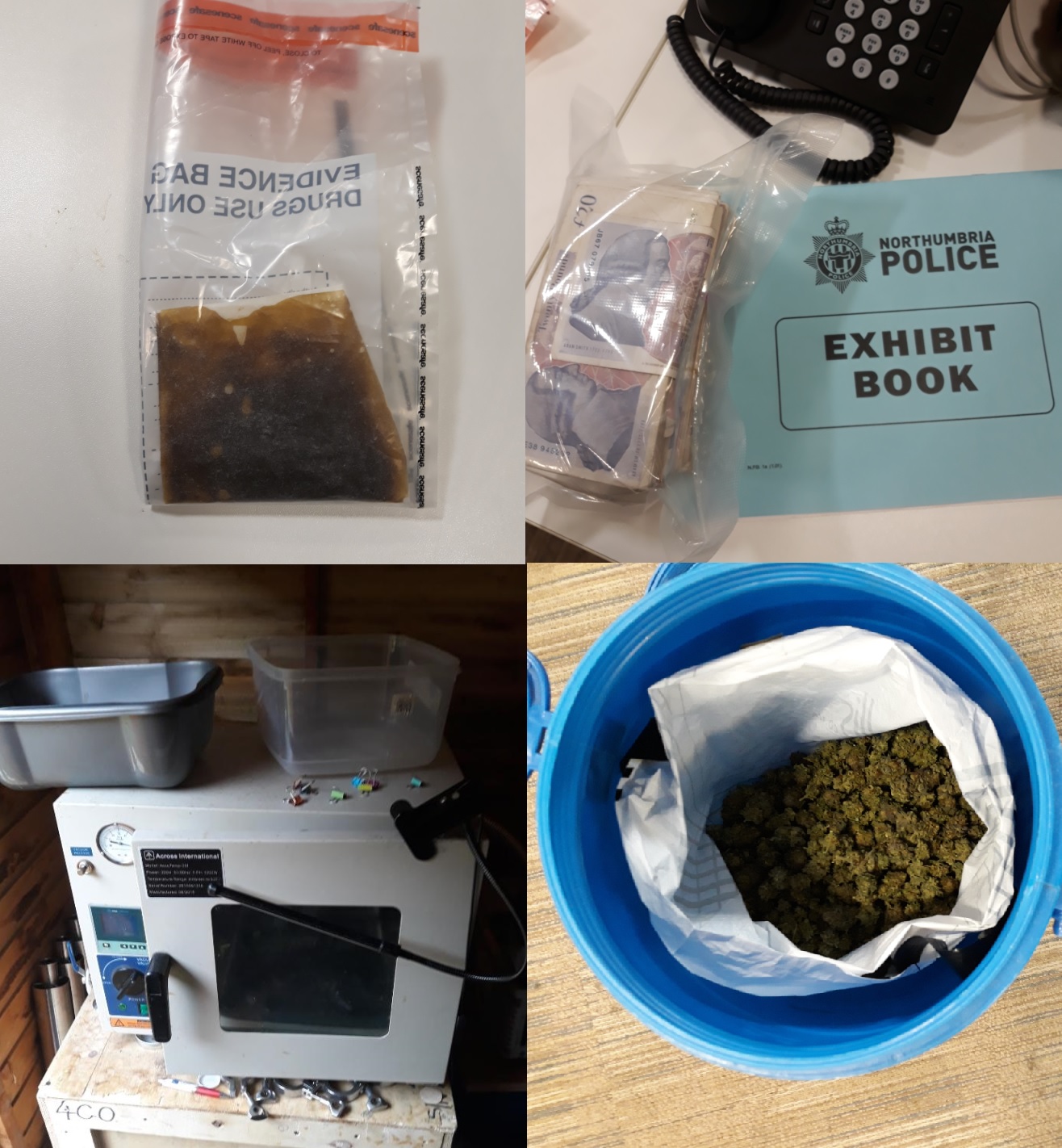 A huge haul of drugs and cash has been seized by police after Post Office staff alerted them to a ‘smelly package’.

At 4.13pm on Wednesday police received a call from staff at Wallsend Post Office who had concerns about a suspicious package.

Someone had dropped off the parcel for special delivery and claimed it was paperwork.

But staff grew suspicious due to the heavy weight of the parcel – and because it had a strong smell of cannabis.

They contacted police who inspected the package and found it contained a quantity of cannabis shatter.

Officers conducted enquiries alongside Post Office staff and were able to track the parcel back to an address on Mitford Gardens in Wallsend.

They attended the address and arrested a 39-year-old man and a 44-year-old woman on suspicion of producing a Class B drug.

During a search of the address police also found large quantities of cannabis, an oven used to create shatter and more than £10,000 in cash.

Now officers have praised the actions of Post Office staff and warned drug dealers that police are not the only ones they need to worry about.

Sergeant Kathryn Tailford, of Northumbria Police’s Wallsend Neighbourhood Policing Team, said: “This was a significant seizure and it was all down to staff at the Post Office.

“They knew something wasn’t quite right, recognised the smell of cannabis and they did the right thing in contacting police.

“As a result of their call we have seized a large quantity of drugs, more than £10,000 in cash and equipment that we suspect has been used to produce cannabis shatter.

“We are delighted to be able to take these suspected illegal substances off the street and a full investigation is now ongoing.

“Not only is the production of cannabis shatter illegal but it can also be a very dangerous process that puts lives at risk.

“There have been cases across the country where people have died in gas explosions caused by the production of this drug and we don’t want that to happen here.

“If anyone has information about drug dealing or drug use in their community then please look at this case and see what one phone call could lead to.

“We need your help to tackle criminality and when we work together as a team we can produce some fantastic results.”

The man and woman arrested have both been released under investigation and enquiries into the drugs are ongoing.

If you want to report suspicious activity in your neighbourhood you can do so by calling 101 or by reporting it online at the Northumbria Police website.