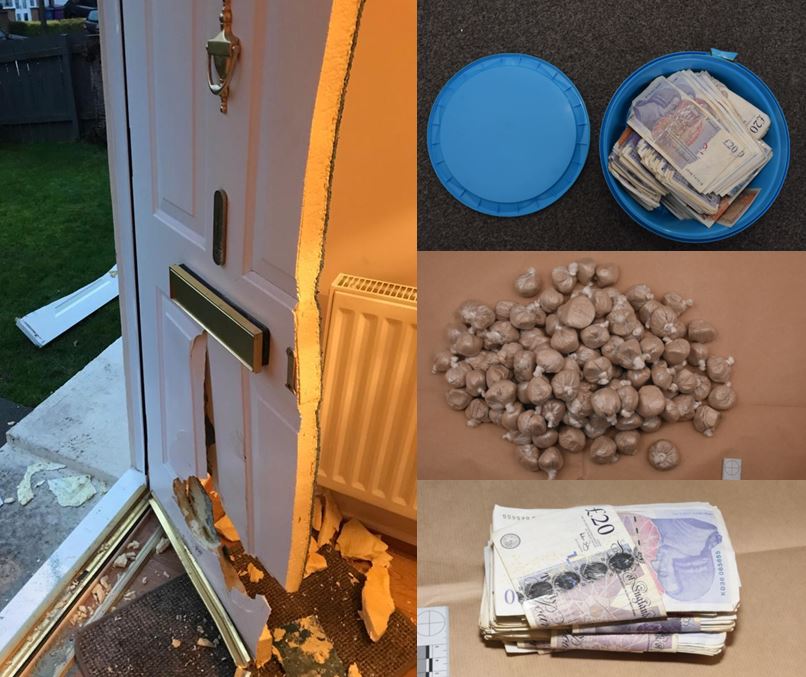 A total of 12 people have been arrested as part of a prolific crackdown into serious and organised crime which saw 165 officers carry out dawn raids across the North of England.

More than £10,000 cash, six luxury cars and £165,000 worth of heroin were just some of the items seized after coordinated strikes were carried out at properties in Sunderland, Durham and Merseyside following a lengthy operation.

Led by officers from the Force’s Priority and Organised Crime department, a total of 80 Northumbria and NERSOU police officers were supported by 85 colleagues from Merseyside Police as a total of 15 addresses were hit - six in Sunderland, three in Durham and Six in Merseyside.

Detective Chief Superintendent Mick Paterson from Northumbria Police said: “I hope today’s activity sends a very clear message to those individuals who think who think they can get away with supplying these illicit substances.

“As a Force, we have a very clear priority to do everything we can to purse dangerous individuals and to tackle serious and organised crime.

“This was a huge operation which took a lot of planning and coordinating and I want to thank everyone involved for their hard work in helping to disrupt this large-scale operation.

“As part of Operation Sentinel, our dedicated approach to tackling serious and organised crime, we will continue to work with our partners and engage with communities and proactively target suspects in order to disrupt crime and protect the public.”

As part of a long-running investigation into an organised criminal group suspected of supplying Class A drugs and money laundering, firearms ammunition, officers previously uncovered a cannabis farm at an address in Sunderland and arrested a male who they traced travelling from Liverpool to Sunderland with one kilo of heroin worth £55,000.

So far, cash totalling more than £25,000, Large quantities and wraps of Class A drugs have been seized as well as an estimated £50,000 haul of Cannabis.

11 men and one woman remain in police custody at this time.