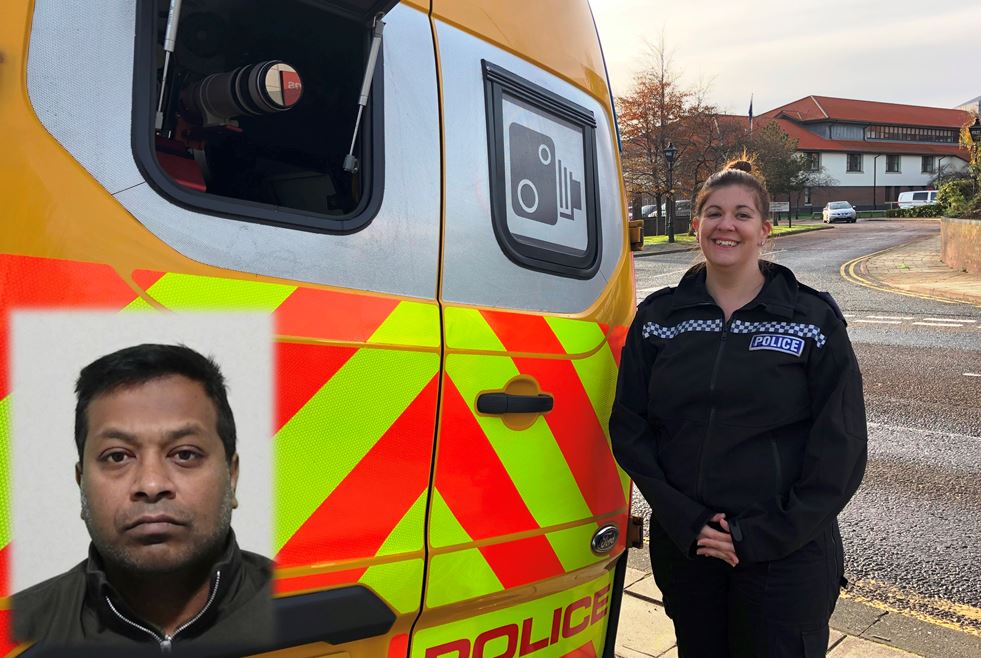 Syed Shahed Ahmed, 43, was jailed for three-and-a-half years on Monday, while 14 other defendants were convicted for conspiracy to pervert the course of justice

A top judge has given a commendation to a determined cop who helped to put an unrepentant fraudster behind bars.

Known within his circles as ‘the fixer’, Ahmed, 43, pocketed thousands of pounds as part of his illicit activity which saw him promise drivers who had been caught speeding that he could help make their points and fines disappear.

Ahmed would ‘means test’ his clients, charging anything from £50 to hundreds of pounds depending on their profession, and then used false details and a string of addresses across Sunderland to disguise his criminality.

But the crook’s cynical operation was laid bare at Newcastle Crown Court yesterday (Monday) as Ahmed and 14 defendants who paid to use his service were all convicted of conspiracy to pervert the course of justice.

Following the case, Judge Robert Spragg awarded a commendation to PC Wood in recognition of her determination and professionalism in bringing Ahmed and his affiliates to justice.

“It is apparent that it is only due to the dedication and inquisitiveness of PC Wood whilst working in the ticketing office that these offences came to light at all,” Judge Spragg said.

“This necessarily involved the following up of numerous lines of enquiries and the tracing and interviewing of those who had availed themselves of the service he was offering.

“Such offences as these can significantly undermine the administration of justice and the work of PC Wood has led to the conviction and sentence of these defendants, with Ahmed receiving a lengthy custodial sentence.”

PC Wood, who has been with the Force for 12 years, grew suspicious after noticing seven notices of intended prosecution sat unanswered after being delivered to an address associated with Ahmed between October 2015 and June 2016.

But after carrying out further enquiries, PC Wood found the property sat vacant – and Ahmed was seemingly uncontactable.

What followed was a significant investigation that involved following an endless document trail, hundreds of hours of CCTV and simultaneous arrests carried out across the city in partnership with officers from the Force's road policing unit Operation Dragoon.

With the weight of evidence against him overwhelming, Ahmed, of Vale Street, Sunderland, admitted 16 counts of conspiracy to pervert the course of justice as well as money laundering in relation to the distribution of the funds he had accrued. He was jailed for three-and-a-half years.

Thirteen drivers who paid him in order to escape their respective motoring convictions in 2015 and 2016 received suspended sentences and were ordered to carry out unpaid work, while another was handed a curfew.

Superintendent Helena Barron, of Northumbria Police’s Operations Department, paid tribute to PC Wood for her outstanding work on the case.

“This was a complex investigation which involved a large number of defendants and it required a huge amount of concentration, patience and investigative ability,” Supt Barron said.

“Over the last three years, PC Wood has shown all of these attributes as she uncovered this illicit operation and worked tirelessly to establish Syed Shahed Ahmed’s web of criminality.

“PC Wood should be very proud of this excellent work, and I would like to thank her for her unwavering professionalism and dedication while ensuring the defendants were rightly brought to justice."