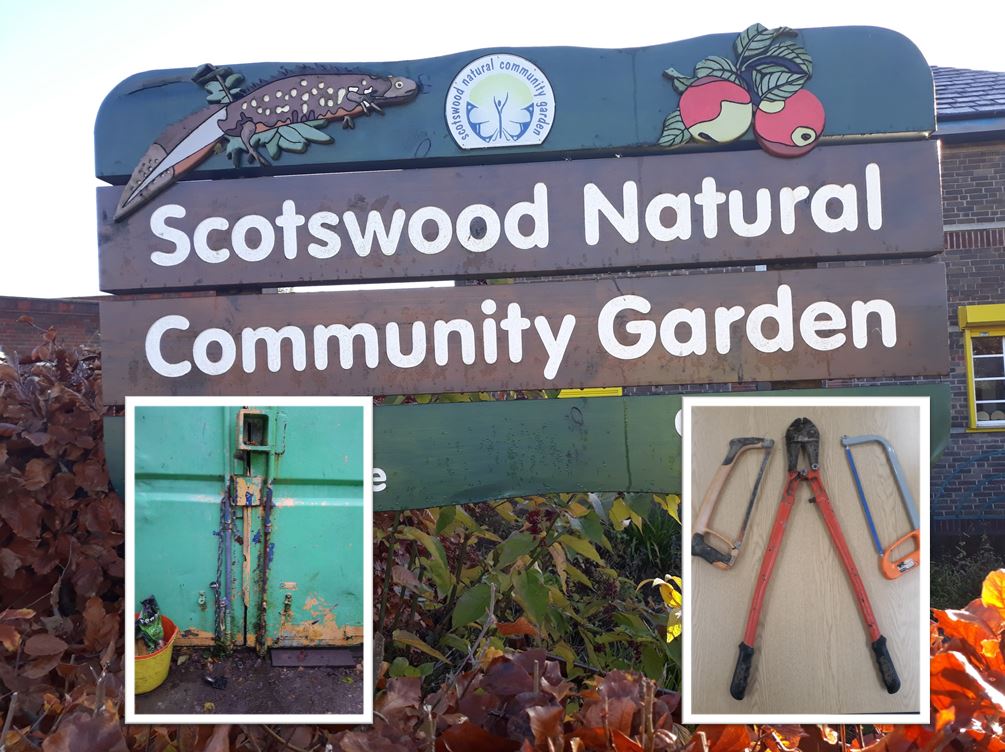 Cowardly crooks have been condemned by police after they repeatedly targeted a much-loved community garden.

Since Thursday, October 31, the Scotswood Natural Community Garden on Whickham View in Newcastle has been targeted by thieves on three separate occasions.

During the first raid, intruders targeted out-buildings in the community garden on Halloween and made off with a haul of tools and gardening equipment.

Neighbourhood officers in Scotswood launched an investigation but on Saturday (November 16) the centre was targeted again.

It was reported that thieves had again broken into the centre and made off with two lawn mowers and a shredder.

But that was still not the end of it and on Tuesday evening the crooks struck for the third time in nearly three weeks.

They caused extensive damage to a shed as they attempted to gain entry but they were unsuccessful and fled empty handed.

A haul of tools, believed to be used to commit the offences, were discarded at the scene by those responsible.

And now police have released pictures of the items and appealed for anyone who witnessed any suspicious activity in the area to get in touch.

PC John Loraine said: “This is a much-loved community garden that is the heartbeat of the neighbourhood in Scotswood.

“It is run by volunteers and they put on a host of events for local families and residents from the surrounding area.

“They have been targeted four times in less than three weeks and the value of the goods stolen and damage caused is now in excess of £1,000.

“Nobody has been arrested at this time but we are conducting extensive enquiries and have put a patrol plan in place in the area.

“We need anyone with information about these burglaries, or anyone who has seen anyone acting suspiciously in the area, to get in touch.

“It may be that you have seen people behaving in an unusual manner, or you may recognise these tools. Any information could be vital to our investigation.”

The community garden depends on the support of various grant making trusts for the majority of their work.

They do not charge visitors for admission, but are grateful to those visitors and members who are able to support their work by way of a donation to help cover costs.

You can find out more about the garden, and how to donate by visiting their website - https://scotswoodgarden.org.uk/support/donate

Anyone with information about the burglaries is encouraged to contact police on 101 quoting reference 146547M/19.

You can also report information online at the Northumbria Police website or contact independent charity Crimestoppers anonymously on 0800 555 111.