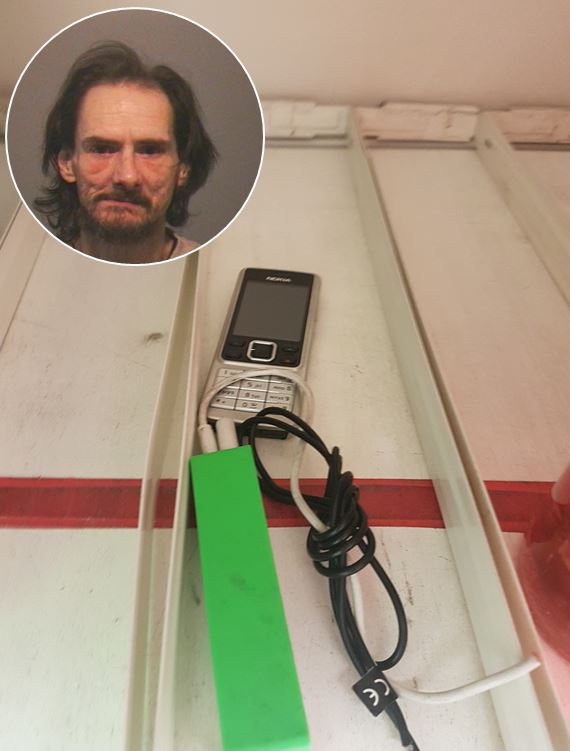 A prolific thief has been jailed after he planted a fake bomb to avoid being arrested for shoplifting.

James McDonnell, 54, has been sentenced to 15 months in prison after admitting the bomb hoax in Newcastle city centre.

A court was told how he had entered the Tesco supermarket on Clayton Street at about 11am on January 15 this year.

CCTV cameras caught him swiping bottles of alcohol and putting them in a black rucksack.

He tried to flee the store but was stopped by security staff. It was then that he claimed he had left an explosive device in the shop.

Staff searched the aisles and uncovered a mobile phone with a number of wires coming out of it that were connected to a mysterious box.

They immediately contacted police and evacuated the store as a precaution.

McDonnell was taken in to custody while police were quickly able to establish the device had had left in the supermarket was a fake.

The thief, who has 41 previous convictions, was later charged with shoplifting and placing a bomb hoax with intent.

He admitted the offences and was jailed for 15 months at Newcastle Crown Court on Thursday morning.

He said: “This was not a very sophisticated hoax but nevertheless it would have been a scary moment for staff at Tesco.

“But they stayed calm, detained James McDonnell and evacuated the store to ensure nobody came to any harm.

“False reports like this have a huge drain on police resources and can divert officers away from others who really need our help.

“There is no excuse for this type of behaviour and I welcome the custodial sentence that has been handed to him by a judge.

“I hope the sentence acts as a stern warning to those who would even consider committing this type of offence.”

Anyone who wants to report suspicious activity to police can do so by calling 101 or reporting it online at the Northumbria Police website.

You can also report any suspicious activity by calling the Anti-Terrorist Hotline on 0800 789 321 or searching ACT online.