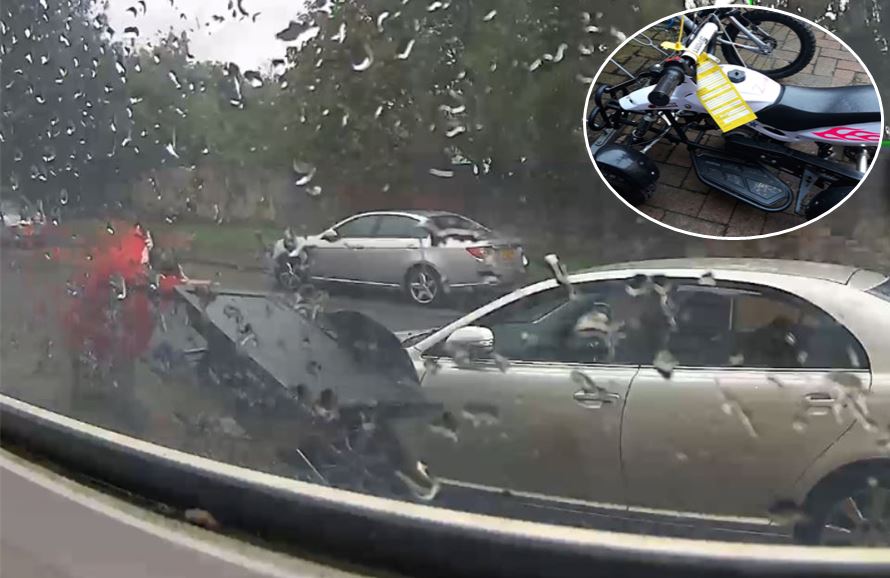 Reckless raiders who used a shopping trolley to wheel away their stolen loot were caught red-handed by police.

George Jones, 38, and Tracy Corkin, 44, shamelessly broke into a home on Egerton Street in Sunderland in broad daylight on the morning of October 6.

The pair helped themselves to a range of items including a children’s mini motor bike, quad bike and a bicycle, along with mini motorbike helmets and a 47-inch television off the wall.

Unable to carry the wide-screen TV themselves, the offenders crudely used a shopping trolley to transport it and were seen on CCTV wheeling it down the road.

But it must have proven more difficult to navigate than first thought, with police later locating the stolen TV discarded on a grassy area close to the victim’s address.

With the net tightening on the suspects, police attended Jones and Corkin’s home address in the Hendon area of Sunderland. Inside, they located the stolen items – and the shopping trolley.

Jones and Corkin, both of Darcy Court, Sunderland, were each charged with one count of burglary and pleaded guilty to the offence at Newcastle Crown Court on Friday (November 8).

They are due to be sentenced on January 6 next year.

Detective Sergeant Steve Wallace, who leads Northumbria Police’s Southern Burglary Team, said: “This was not the most sophisticated of burglaries with Jones and Corkin leaving a number of evidential traces that led officers directly to them.

“Jones in particular was seen walking down the road carrying the motorbike helmets that he had just stolen, and also was caught on CCTV wheeling the television away from the victim’s address.

“For whatever reason, the defendants then discarded the TV at the side of the road - and took a number of other stolen items back to their home address, which was subsequently searched by police. They will now be sentenced for their crimes on a future date.

“I would like to reiterate that we have a zero-tolerance approach towards burglary, which is such an intrusive crime that can have a long-lasting impact on both victims and the wider community. We will continue to work tirelessly to bring perpetrators to justice.”

Det Sgt Wallace leads a team of dedicated burglar hunters based at Southwick Police Station who review every raid that takes place across Sunderland and South Tyneside.