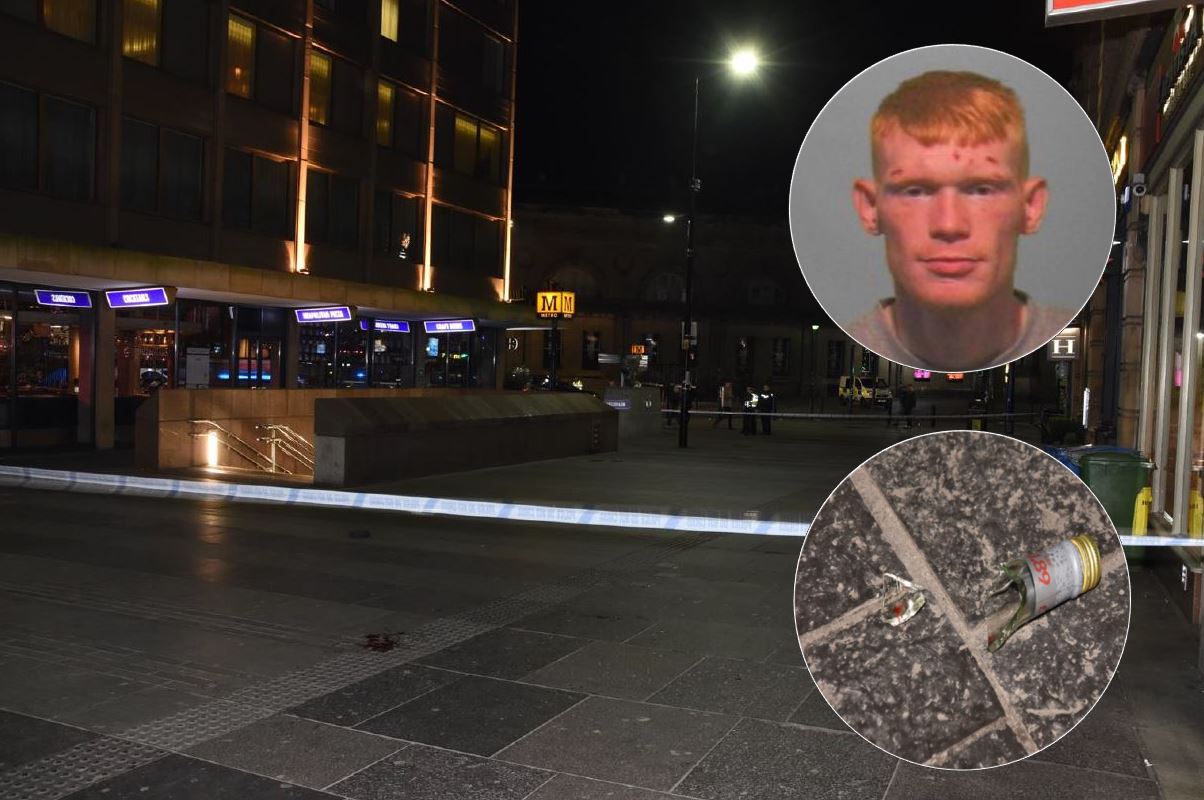 A violent thug who stabbed a man in the neck with a broken bottle in a row over begging has been jailed.

Carl Murtha, 31, and his 33-year-old victim were both sleeping rough in Newcastle city centre and were well known to each other.

On the evening of Friday, February 22, this year they got into an argument after Murtha complained the man was encroaching on his patch.

It was at this point that Murtha grabbed a broken bottle that was lying on the ground and used it to stab his victim in the back of the neck.

The attack left the man with blood pouring from a six-inch deep slash on the back of his neck that required emergency surgery.

Officers were also deployed to the scene and Murtha was arrested. His victim has since made a full recovery.

The thug was charged with possession of an offensive weapon and wounding with intent to commit grievous bodily harm.

He pleaded to the charges at Newcastle Crown Court in July  but now he has been jailed for six years and ten months at Leeds Crown Court.

In a victim impact statement, his victim had previously said: "This scared me as I genuinely believed I was going to bleed to death.

“I’m upset and annoyed that this happened when I was trying to help him."

Investigating officer Detective Constable Emma Beadle, of Northumbria Police's Central CID, said there was no place for this type of violent behaviour in our region.

She said: "This started as a petty row over money between two men who were sleeping rough in the city centre and begging on a busy Friday night.

"They were involved in a number of arguments that evening before their row eventually turned into a physical fight.

"It has taken place in front of shocked onlookers who would have been left scared and intimidated by what was going on.

"Carl Murtha has then turned a petty scrap into an assault that could have cost his victim his life and left him badly scarred.

"He is just grateful to be alive but I hope he can take some comfort from knowing that his attacker will spend a considerable time behind bars."

Murtha, of no fixed abode, was jailed at Leeds Crown Court on Monday, November 11.