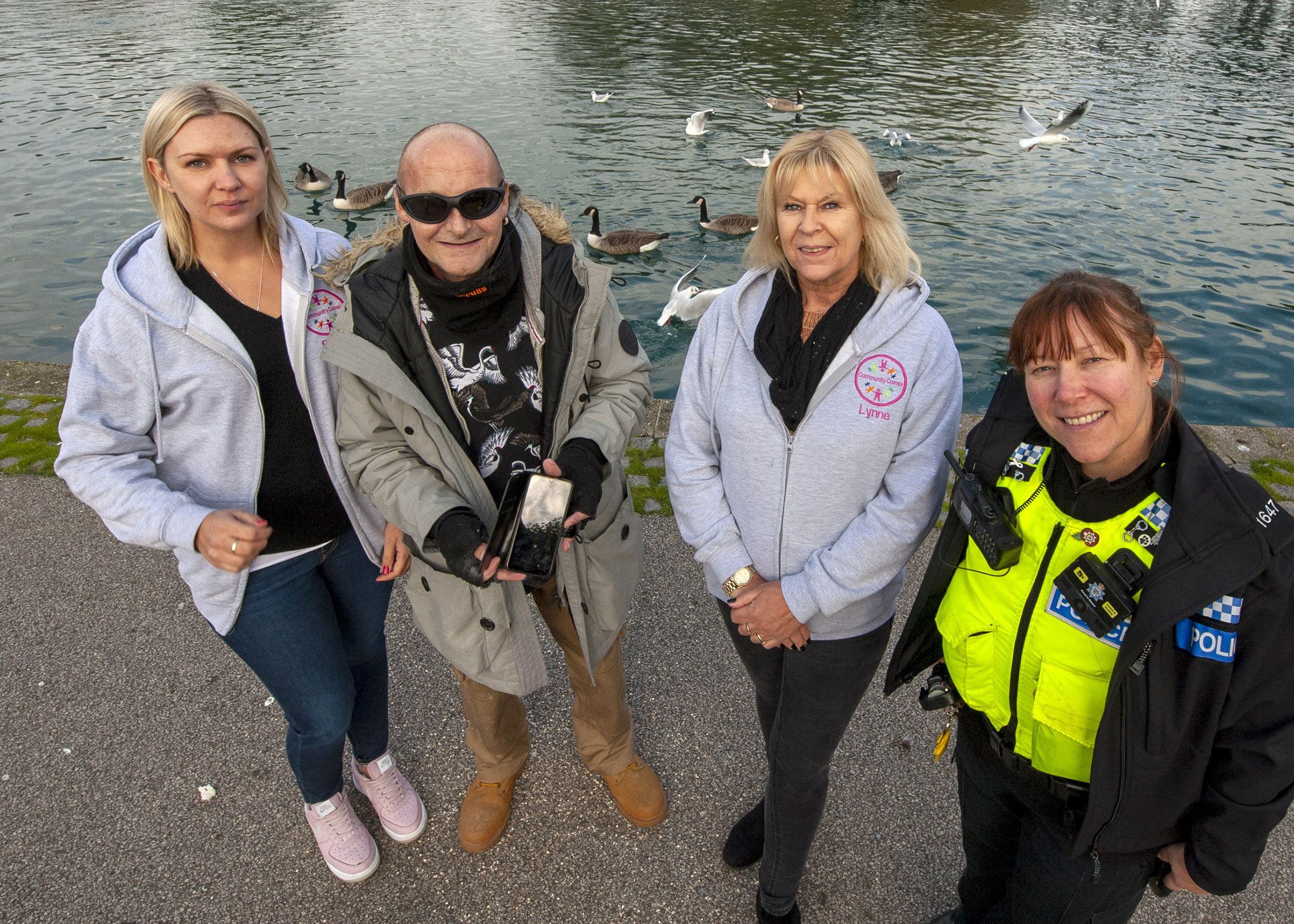 Mindless thugs who pushed a vulnerable man into a lake in TWO unprovoked attacks have been condemned by police.

Officers in South Shields are investigating after Colin Hall, who is partially-sighted, was assaulted twice in just five days.

The first incident took place at 6.45pm on Sunday, September 29, when Colin was feeding ducks at the lake in Marine Park.

He was approached by a teenager on a bicycle who pushed him into the lake in an unprovoked attack.

Colin, 50, was able to get himself out of the water but during the incident he lost his specialist glaucoma glasses in the water.

Officers launched an investigation to locate the person responsible and recorded the incident as a hate crime.

But just five days later officers received a call to say that Colin had again been pushed into the lake at 6.15pm on Thursday, October 3.

He reported that he had been punched in the head by a stranger while feeding the ducks before being forced into the water.

Thankfully Colin did not suffer any serious injuries but he was left very distressed by the unprovoked attacks.

Police have condemned the actions of those responsible and also put measures in place to support Colin so he can continue to visit the park.

Local charity shop Community Corner have also come to his aid and bought Colin a replacement phone and glasses.

Today (Wednesday) he thanked the charity for their generosity but said that the attacks had left him 'watching his back'.

Colin said: “I have been going to feed the birds since I was a little lad and most people down there are happy go lucky. There is normally a lot of families and nothing like this has ever happened before.

“It has knocked my confidence a bit and I am constantly watching my back. I used to just sit back, relax and enjoy feeding the birds.

“When Community Corner got in touch I was quite overwhelmed. It was just good to know that there was someone on my side and I can’t thank them enough."

Chief Inspector Nicola Wearing, of Northumbria Police, has condemned those responsible said the Force are treating the incidents as a hate crime.

She said: “The fact that someone has repeatedly targeted Colin and subjected him to this abuse is sickening.

“It is absolutely despicable behaviour and I cannot even begin to comprehend why someone would think that this is acceptable.

“Colin is understandably very shaken up by what has happened and he has been terrified to go to the park to feed the ducks, something he loves to do.

“We are offering him the support he needs to feel safe again and I know the community will come to his aid.

“Community Corner have already taken steps to replace items lost during the attack and I want to thank them for all their support.

“I want to reassure the public that this incident is being recorded as a disability hate crime enquiries to identify those responsible will continue.

"A number of witnesses have been in the park at the time of the attacks and so we would also encourage anyone who may have seen what happened, or knows those involved, to get in touch with police.”

The offender in the first incident is described as a teenager who was riding a BMX bike and wearing a blue coat. There is no detailed description of the person responsible for the second incident.

Officers are keeping an open mind as to whether the same person is responsible for both attacks but a number of witnesses were in the park at the time and could assist the investigation.