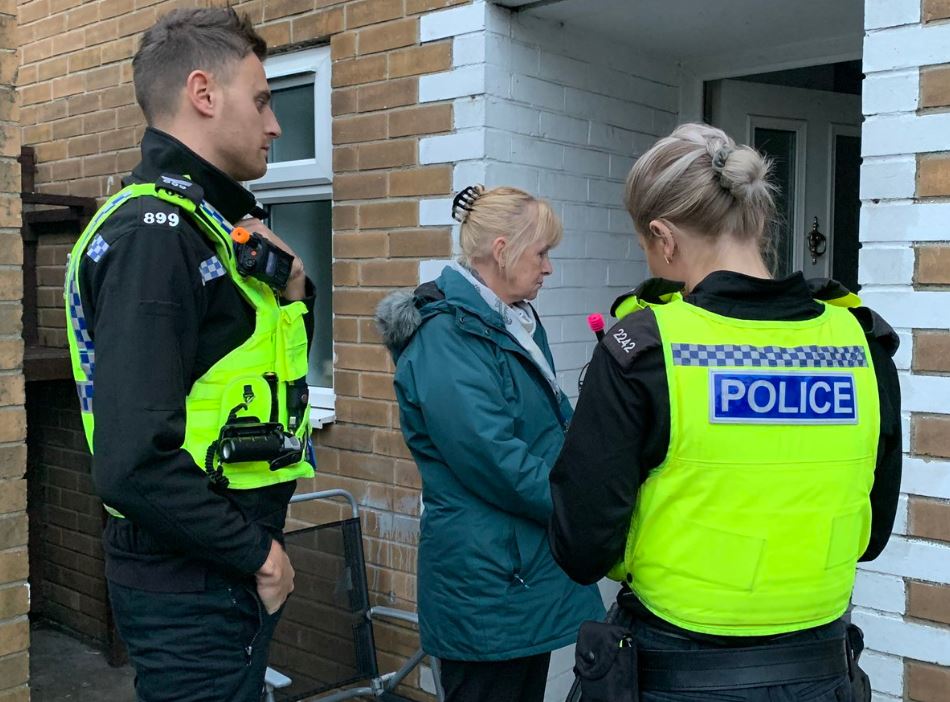 The parents of troublemaking teenagers have been warned that they could lose their homes if their children’s behaviour doesn’t improve.

Officers from Northumbria Police have teamed up with North Tyneside Council and visited eight properties across a number of locations in North Tyneside in the early hours of October 24 to issue enforcement letters and warn parents to bring their children under control or face further action by the police and council.

This is following on from instances of criminal activity, where over thousands of pounds worth of damage was caused by groups of teenagers setting fires to the football pitches at The Parks sports centre, in North Shields.

It comes after the police and council visited 13 homes in the North West of the borough the night before, as part of a 24-hour crackdown on anti-social behaviour where more families were presented with enforcement letters.

Richard Mitchell, Community Protection Manager at North Tyneside Council, said: “We take great pride in maintaining North Tyneside as a great place to live, work and visit, and we won’t allow a small minority of people to ruin it for the majority who take pride in their local area.

“Our message to the parents and the public in general is simple – make sure you know where your children are and what they are getting up to. Antisocial behaviour will not be tolerated in North Tyneside and we will take whatever action is necessary to keep the peace and ensure the safety of our residents. Its vital people understand we can take action whether you’re a tenant of North Tyneside Council, rent privately or indeed own your home.”

Neighbourhood Inspector Michelle Caisley, from Northumbria Police, said: “Tackling antisocial behaviour is one of our main priorities, so it’s important that when residents report these matters they can have trust and confidence that something will be done.

“The action carried out today is a prime example of the robust response we will take proactively targeting those suspected of being involved in anti-social and criminal behaviour.

“By working in conjunction with North Tyneside Council we are able to identify the most problematic youths. They can cause real misery for the community and it’s important that we take positive action and listen to people’s concerns.”

Residents can report criminal or anti-social behaviour confidentially to the Police via 101 or on their website.

You can also report to the Community Protection team on 0191 643 3333, by emailing community.protection@northtyneside.gov.uk, by Twitter @NTC_ASBTEAM or by visiting the ‘Report It’ section of the council’s website.