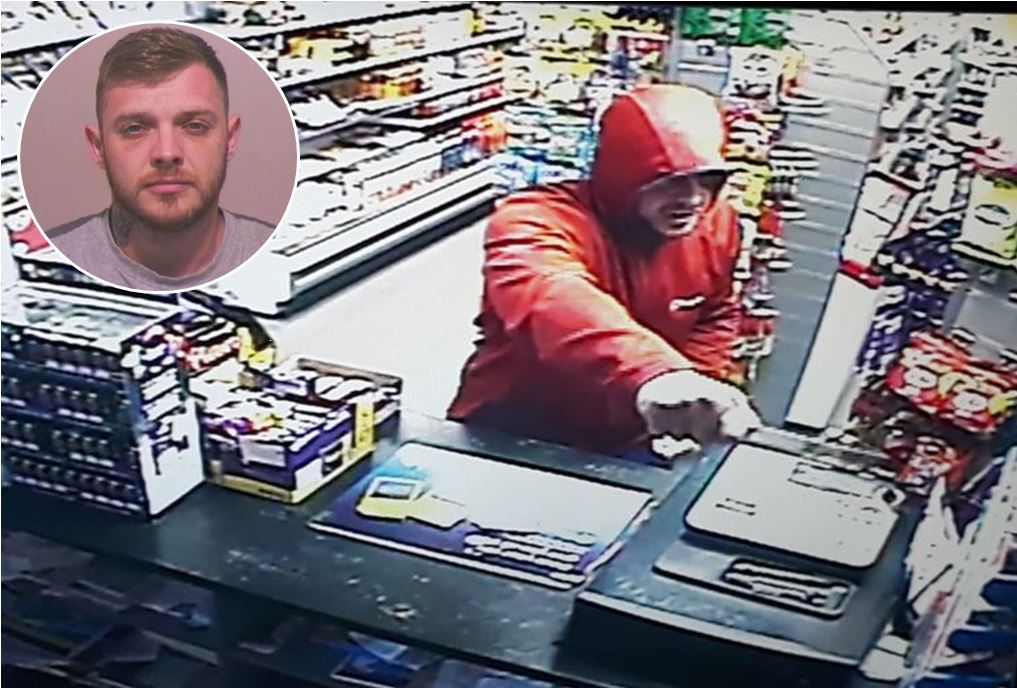 Philip Avery, 32, has written a letter apologising to his victim following the armed robbery in Washington earlier this year

"I deserve everything that is given to me".

That was the regretful admission of an armed robber who was jailed for four years after raiding a shop in Washington.

Now, as Philip Avery begins a stretch behind bars, police hope the case acts as a reminder to criminals that anyone who flouts the law will face severe consequences.

The 32-year-old burst into the Best One Shop in Harraton, Washington, on the evening of July 17 armed with a knife.

Avery, wearing a red hooded jacket in a bid to hide his face, leaned over the counter and pointed the knife at a member of staff while demanding money.

But the crook fled the scene left empty-handed as those living upstairs heard the commotion and came down to confront him.

After pleading guilty to attempted robbery and possessing a knife in public earlier this month (October 7), Avery was jailed for four years.

Since his imprisonment, Avery has written to his victim apologising for his actions which he claim are “out of character” and accepted his jail-term was deserved.

“I am really sorry for what I did,” Avery wrote. “This is really out of character and I have never stolen in my life – I hope I have not caused you stress or alarm.

“I will take my punishment as I deserve everything that is given to me, but please believe me when I say that is not what I stand for.

“I hope you are OK and one day can forgive me for what I did. You are a good person and I am sorry.”

After being alerted to the attempted robbery shortly after 6.45pm on July 17, officers attended a nearby address and saw a man matching the robber's description standing outside a communal door.

Avery was arrested on suspicion of attempted robbery, but in police interview, he denied his involvement in the incident and denied it was him on the footage.

But Avery, of no fixed abode, later pleaded guilty to attempted robbery and possessing a knife in a public place. He was subsequently jailed for four years by a judge at Newcastle Crown Court.

Detective Constable Dave King, of Northumbria Police’s Southern CID, said: “Avery recognises that his actions that night were totally unacceptable and he now faces a significant time behind bars.

“This was a frightening ordeal for the employee who was threatened with a knife. I am pleased that this sentence reflects the severity of the crime and the long-lasting effect it can have on victims.

“There can be no excuse for this type of behaviour, and as a Force, we are committed to ensuring violent offenders are taken off the streets and are brought to justice.

“I hope this case reassures our communities that we will continue to pursue perpetrators and do everything in our power to bring criminals before the courts.”