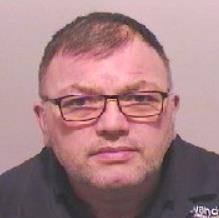 A paedophile has been sentenced to 22 years behind bars for subjecting two girls to a string of sex offences.

The 51-year-old, who denied the offences, subjected one of his victims to years of abuse. On another occasion, he also raped a second victim after plying her with alcohol.

Sadly, one of the victims has since died.

Detective Constable Sarah Judson, who led the case, was at Newcastle Crown Court yesterday (Monday) to hear the sentence being handed down.

Det Cons Judson said: "I’m really pleased with the sentence that was handed down and hope it gives the surviving victim the strength to move on with her life.

"It is still absolutely tragic that one of the victims sadly passed before she could see this day but it is a huge sense of relief for the other victim and I hope it can help her recover from the horrific ordeal she has suffered.

"Peel has denied everything, at no point has he shown any remorse for either of his victims but their strength in coming forward to report these crimes has been paramount in getting justice.

"I hope this gives anyone out there who is suffering in silence the courage to come forward.

"I would encourage any victim of rape or sexual assault, whether recent or historic to come forward. Our specialist officers are here to listen and support you. We are also committed to carrying out a thorough investigation to try to bring offenders to justice."