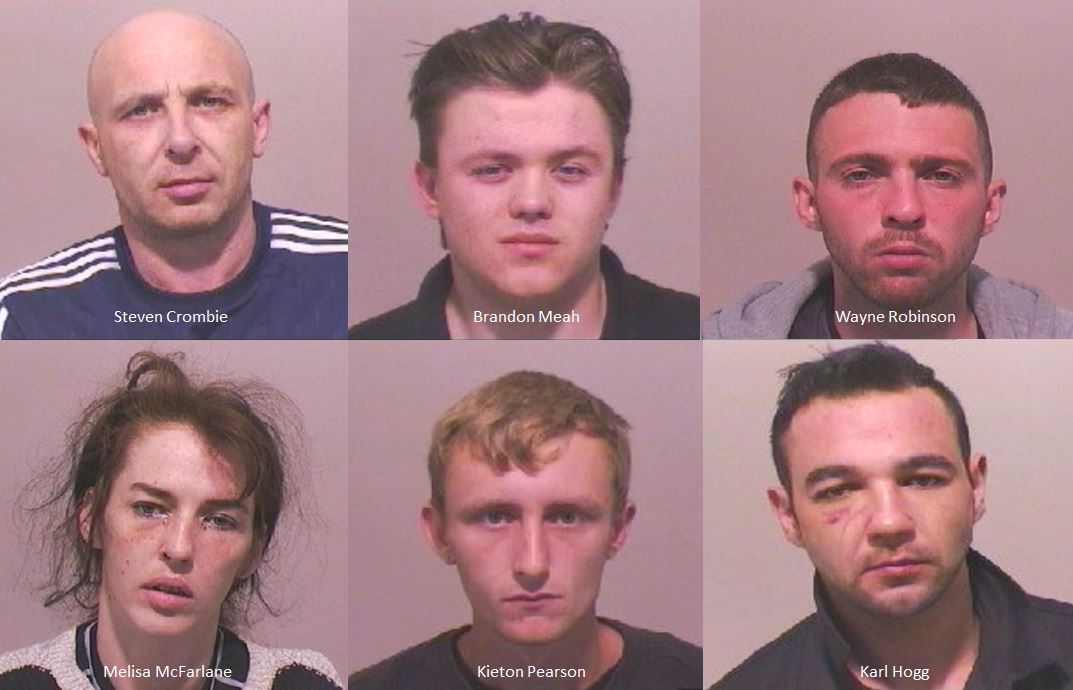 It's been a productive period for the Southern Burglary Team, which is led by Detective Sergeant Steve Wallace

The burglar hunters responsible for locking up Sunderland and South Tyneside’s most prolific offenders have hit a custodial milestone.

Reckless raiders have racked up more than 35 years of jail-time since April as detectives in the Southern Burglary Team continue to take criminals off the streets.

Led by Detective Sergeant Steve Wallace at Southwick Police Station, the dedicated team review every reported burglary across Wearside and South Tyneside and are tasked with putting those responsible before the courts.

It’s been another productive period for the committed task force, who over the last six months have helped convict and sentence some of the region’s most frequent offenders to a combined jail-time of more than 35 years.

The milestone follows crime figures published by the Office of National Statistics (ONS) this week showing an overall reduction in burglary crimes recorded across the Force.

Det Sgt Wallace said: “Burglary is a crime that can not only have a long-lasting effect on the victim and their families, but the wider community as a whole.

“There are few more intrusive crimes than having somebody breaking into your home – your safe haven – and stealing some of your treasured possessions. This type of criminality can have not only a significant financial impact, but also make people feel frightened or anxious in their own home.

“That is why we have a dedicated burglary team consisting of experienced detectives who work every single day to investigate and reduce the number of burglaries, identify perpetrators and bring them to justice.

“Over the last six months, some fantastic detective work by the team has resulted in some high-profile offenders receiving significant custodial sentences,  and there can be no doubt that the streets of Sunderland and South Tyneside are safer with these individuals behind bars.”

Among those convicted over the last six months was callous criminal Steven Crombie, 41, who raided homes and vehicles during a relentless offending spree in 2018.

In May this year, Crombie, of Hampstead Square, Sunderland, was jailed for seven years and two months after admitting conspiracy to commit burglary.

His partner-in-crime, Brandon Meah, 20, of Rutland Street, Sunderland also pleaded guilty to conspiracy to commit burglary and was sentenced to 22 months’ imprisonment.

Police also snared Wayne Robinson, 30, who caused widespread misery across Sunderland as he raided more than a dozen homes during a six-week frenzy.

Robinson, of Lambton Tower, Sunderland, stole sentimental jewellery and electrical items from his various victims but inadvertently left a trail of clues behind at his crime scenes. Police convicted the hapless burglar and he was jailed for five years earlier this month (October 11).

A man who burgled the Dubmire Royal British Legion, a predatory thief who targeted homes while occupants slept in the dead of night and a woman who broke into a home in South Shields were also all jailed in recent months.

Det Sgt Wallace added: “Heading into the winter months, we will continue to work tirelessly to tackle offenders.

“We would ask members of the public to take an extra second to ensure their doors and windows are locked, and any valuable items are kept out of sight. By working together, we can continue to tackle burglary and keep the region safe.”