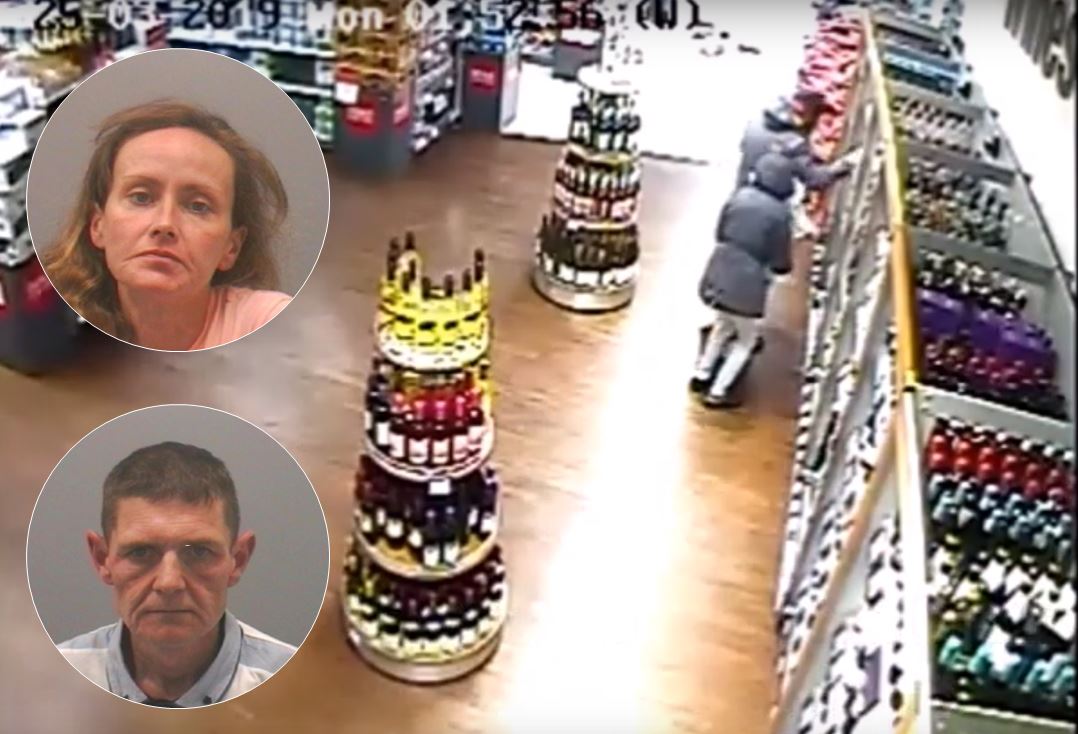 A pair of starry-eyed lovers have paid the price for becoming partners in crime – after being banned from their local supermarket for stealing bottles of booze.

Steven Errington, 43, and his partner Donna Walker, 37, have been convicted following a burglary at the Co-op supermarket in Ryton earlier this year.

A court was told how a man and woman had been captured on CCTV forcing entry to the shop on Parsons Lane at about 1.50am on March 25.

The couple were seen entering the building after taking out a wooden panel fitted in an already damaged door at the entrance to the supermarket.

The man, later identified as Errington, headed straight for the alcohol section and stole a haul of 19 bottles of spirit worth around £350.

The burglary was reported to police when staff turned up to open the store and the pair of suspected thieves were arrested at Walker’s home address.

Walker denied being the woman in the image but a number of bottles of alcohol suspected to have been stolen from the shop were seized by police at her home.

Both were charged with burglary and Errington later entered a guilty plea while Walker admitted an offence of receiving stolen goods.

Now they have been fined hundreds of pounds by magistrates – and banned from entering the Co-op in Ryton for four months by the courts.

The pair have also been handed a civil order banning them from entering the Co-op for life, meaning they could be taken to civil court by the supermarket if they enter the shop.

He said: “Both Errington and Walker are well known to police and this is another petty theft in the heart of a community where they both live.

“They used that shop regularly but now they have been banned from stepping foot inside and I hope that reassures the victims of this theft.

“I’m not sure if Donna Walker considered the local Co-op to be a suitable date night venue but neither she or her partner will be going back any time soon.

“They have also each been made to pay hundreds of pounds in compensation and costs so I hope that makes them think twice about their actions.

“The public should take some comfort from the fact that these petty thieves have been put before the courts and convicted.”

Walker, of Hexham Old Road, Ryton, appeared before South Tyneside Magistrates Court on September 29 where she was handed the community order and made to pay £230 in costs, compensation and a fine.

Errington, of Hardman Gardens, Ryton, appeared before the same court on September 27 where he received the same punishment as his partner.