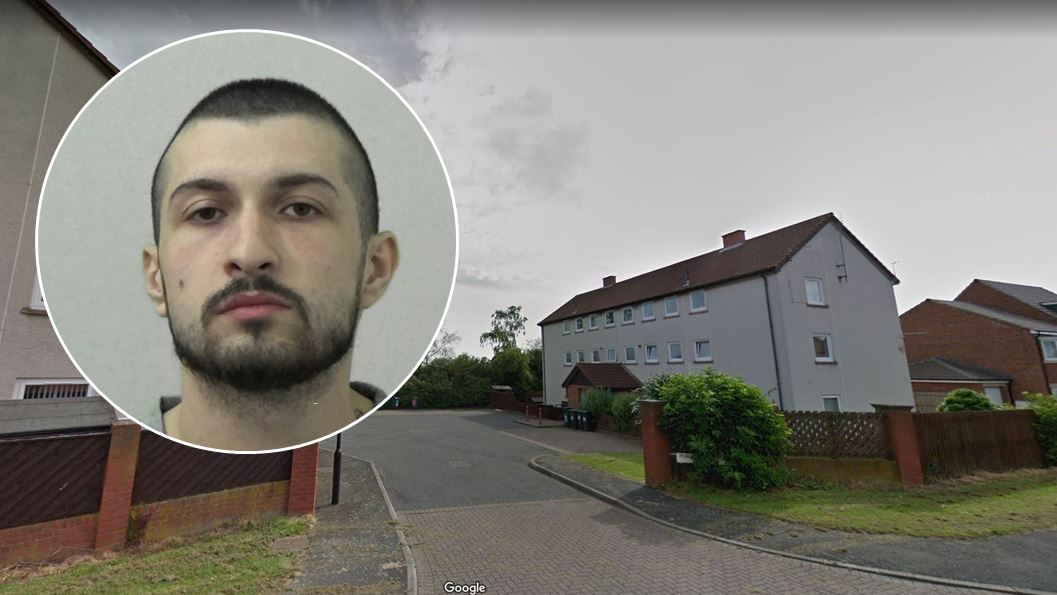 A father has been convicted at court of killing his own baby son and leaving his partner to die.

On October 2 this year he entered the flat he shared with Andreea Stefan, 21, and their three-week-old son Andrei.

After an argument with Andreea he grabbed a knife before violently stabbing his then partner and their newborn baby.

Andreea was able to dial 999 before Beytula rang police himself just seconds later to tell them what had happened.

He was arrested at the scene and emergency first aid was delivered to his victims who were rushed to the Royal Victoria Infirmary (RVI).

Doctors were able to save Andreea’s life but sadly her son Andrei died four days later, despite the efforts of medical experts.

Beytula, of Portland Close, Wallsend, was charged with murder and attempted murder shortly after his arrest.

And today he was told he is facing a lengthy jail term after entering guilty pleas for both counts at court.

In a statement released today, Andreea said: "I would like to take this opportunity to thank to everyone who came to leave flowers and toys and paid respect to my son, in front of my house.

“I really appreciate it and thanks to everyone for the messages, it’s really nice to see how you guys support me and my family during this hard time.

“May God give to everyone what they deserve. Thanks to all of you again."

He said: “This was a truly horrific assault that rocked an entire community and even now it is difficult to comprehend how Denis Beytula could commit these offences.

“His victims were both completely innocent and they were two people he was supposed to love and protect - he betrayed them in the most violent of ways.

“It is tragic when any life is taken away but it is particularly distressing when that life is a beautiful baby boy and I know that has had a profound effect on the wider community.

“I welcome the fact that Beytula has pleaded guilty and prevented Andreea and her family from having to suffer the ordeal of a trial, however, I know that will bring her little comfort.

“She has been a pillar of strength throughout our investigation and I just want to take this opportunity to praise her for her incredible bravery at what continues to be a very difficult time.

“Andreea fought for her life and because of her determination she is alive today to see this man put behind bars, but what happened that day will stay with her for the rest of her life.

“Her world will never be the same again but we will continue to offer her all the support she needs so she can try and begin to move on with her life.”

DCI Cole added: “I also want to take this opportunity to again praise the emergency responders who helped to save Andreea’s life and gave Andrei a fighting chance.

“It is hard to comprehend how they must have felt when they were administering first aid to such a young baby who had been attacked in such a violent manner.

“Their response was exemplary and I want to thank them for their actions. I know what they saw will live with them for the rest of their lives and we will make sure they have access to any support they need.”

Beytula was remanded in custody and will be sentenced at Newcastle Crown Court on December 19.