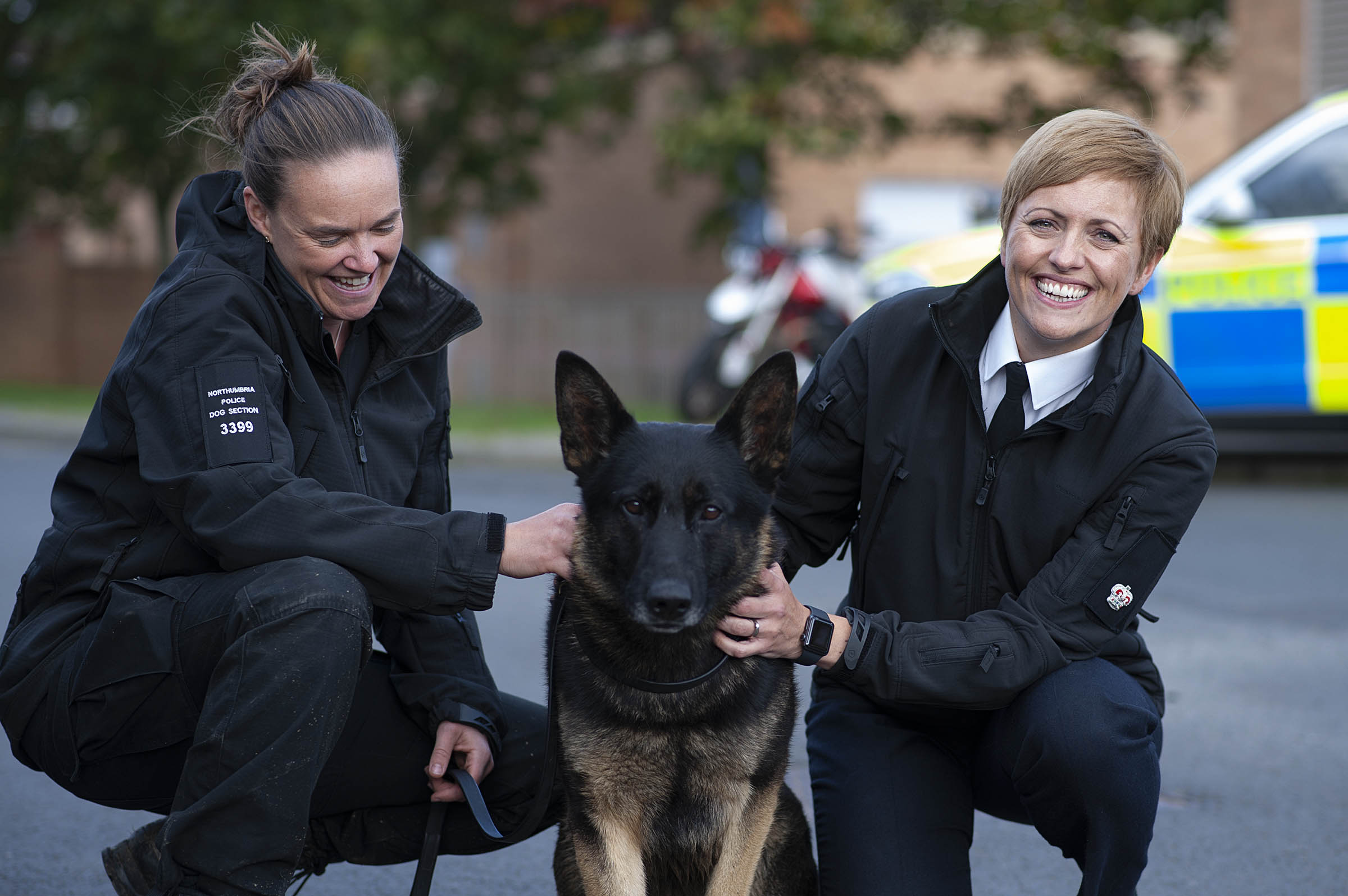 Meet the woman in charge of specialist policing in Northumbria

Meet the woman tasked with deploying police dogs, horses, firearms officers and speed boats across the region to keep you safe.

Superintendent Helena Barron first joined Northumbria Police in 2006 after choosing policing over a career in the media.

Over the years, she has put dangerous criminals behind bars, helped locate vulnerable missing people and tackled modern day slavery.

But now she has been handed a new responsibility that will see her oversee the work of Northumbria’s specialist departments.

And she also hopes her story will help inspire the next generation of female officers to join the Force.

As the Force’s Head of Operations, Helena oversees the work of the Dog Section, Mounted Section, Marine Unit and Firearms Support Unit.

She is also manages the Motor Patrols Department, Metro Unit, Airport Neighbourhood Teams and oversees the planning and resourcing of events across the region.

Today, Helena has spoken for the first time about her new role and says she is excited to get started – even if she is a woman in a male dominated department.

She said: “The Operations Department play a vital role in supporting front-line policing and often attend some of the most dangerous jobs.

“The department has always been seen by the public as fast cars, dogs and police in riot gear and there are a lot of male officers in these roles.

“But there are also a lot of amazing women in the department who do fantastic work in keeping our streets safe.

“I think it is one of the most exciting places to work across the Force and every single day I get to be involved in something new so it is a real challenge.

“We are recruiting officers at the minute and at some point they may decide that they want to be a dog handler or one of our specialist divers.

“You don’t get that variety in other jobs and so I would encourage anyone who fancies something a bit different to put in an application.

“I hope as a woman that I can be a role model for female officers and for those women out there who are considering a career in the Force.”

Most recently Helena worked as a Superintendent in Northern Area Command where she oversaw policing in rural Northumberland and North Tyneside.

When speaking to the public about recruitment, Helena says one of the things that gets mentioned regularly is the fitness test.

But Helena, a mother-of-two, says that new recruits will get all the support they need and are not expected to be an elite athlete.

She said: “I know people are concerned about applying to be police officers due to the fitness test.

“The idea of having to go through a physical test can be daunting, particularly for women, but I hope I can offer you some reassurance.

“We have specialist trainers who can support you through the fitness test and it is not something that you have to do in front of other people.

“People of all shapes, sizes and fitness levels have passed the test and so please don’t let that put off you following a career that gives you so much satisfaction.”

If you are inspired by Helena’s story and are interested in a career as a police officer you can find out more by visiting https://bit.ly/2p6lFge.