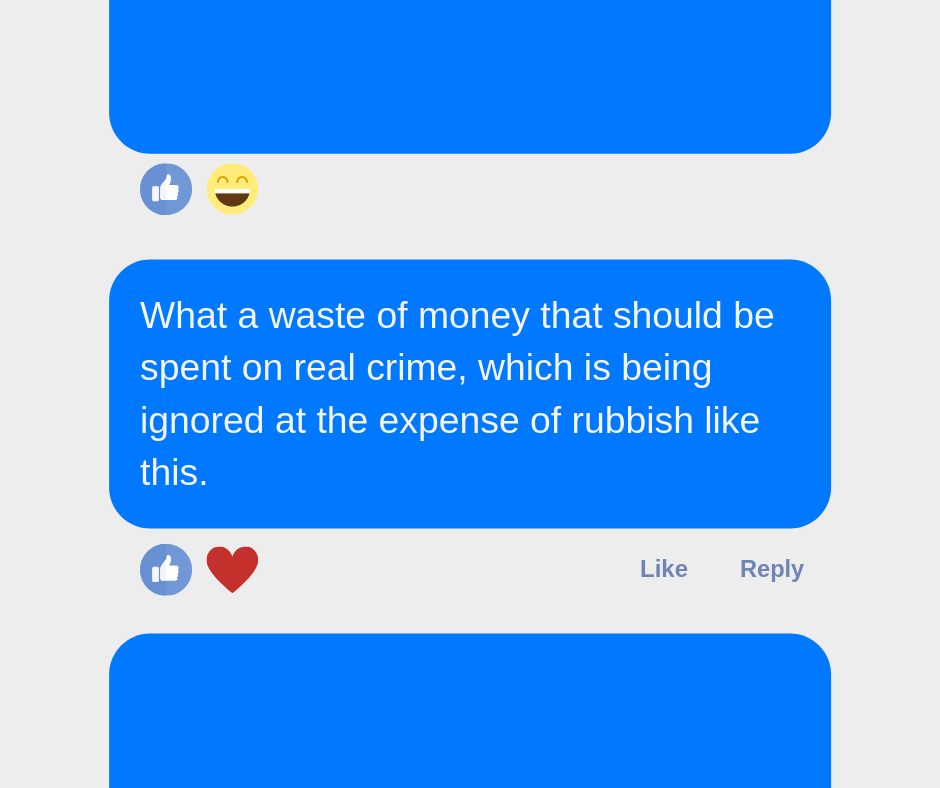 Northumbria Police is calling out the social media haters who criticise police for 'wasting time' on hate crime.

As part of National Hate Crime Awareness week the Force is taking to social media to ask the question - 'Why so much hate for hate crime?'

Using comments previously posted on the Northumbria Police Facebook page criticising officers' use of time when investigating hate-related incidents, the Force is using the feedback to address the matter and explain why tackling hate crime is a priority.

The social media exercise focuses on a case study of a 14-year-old girl who is threatened and abused every Saturday when she gets on a bus to her swimming class. She is targeted because of her disability.  The social media post hammers home that she is not a so-called snowflake but in fact a victim of crime.

Northumbria has seen a 52% increase in disability-related hate crime since last year, and this type of incident is now the fastest growing category of hate crime.

Superintendent Karl Wilson speaks out against the haters and explains why tackling hate crime is equally as important to investigate and seek justice for as any other crime.

Supt Wilson said: "I think people need to understand that anyone who is subjected to any form of threatening or abusive behaviour that causes alarm, harassment or distress is a victim of crime - no matter of any personal characteristics.

"If you are threatened or abused because of a personal characteristic, such as disability, ethnicity, gender identity, age, nationality, race, religion or sexual orientation, then that is a hate crime.

"It really is sad that we live in a society where we are seeing comments of this nature and calling people 'snowflakes' because they are victims of crime.  These people need to understand the significance and impact of these crimes on the victims who are being targeted.

"But it is important for us to understand why some people in our communities feel we shouldn't be investigating hate-related incidents and what we can do to address these concerns.

"That's why we want to start a conversation about hate-crime. We want people to open up and talk to us about it.

"We will listen to what our communities have to say and will do what we can to address concerns but let me be clear - we make no apologies for investigating hate crime and will continue to encourage victims to report it and do all we can to stop hate."

Northumbria Police and Crime Commissioner, Kim McGuinness, said: “The North East is a famously friendly place and like the majority of people here, I have no time for hateful behaviour. Absolutely no one should be singled out or victimised for being who they are. It’s important that victims have the confidence to report hate crimes – it’s unacceptable and targeted abuse is not something anyone should just put up with – so my message to all victims is ‘please don’t’. I’ll be working closely with Northumbria Police to explore new ways to identify, prevent and challenge hate crime through-out the Force area.”

Anyone who has been a victim of hate crime or has witnessed a hate-related incident is asked to contact police on 101 or report it via 'Tell us Something' on our website. Join the conversation #StopHate #NHCAW #HateCrimeMatters