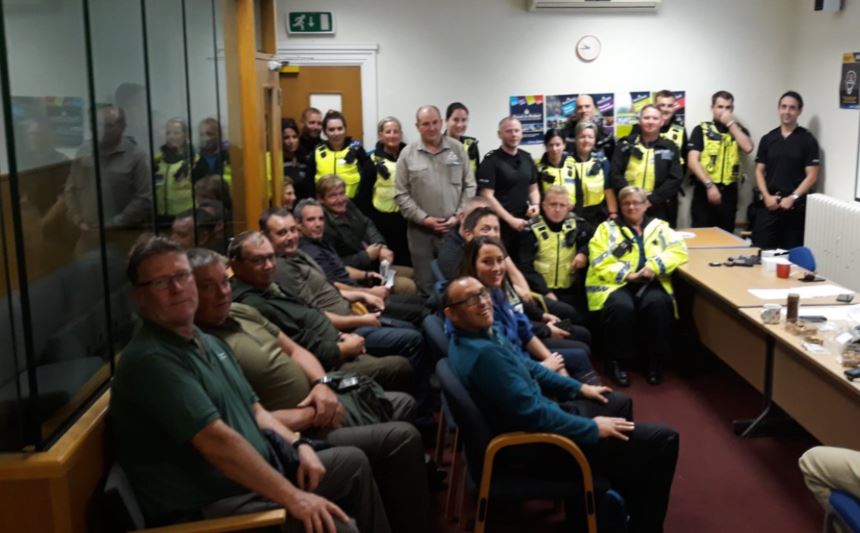 As part of ongoing work to support the Rural Crime Week of Action, police forces and partners have joined together in another successful Operation Checkpoint.

The major operation that targeted rural crime resulted in a total of 40 vehicles being stopped and checked.

Police officers and over 40 volunteers including representatives from the Environment Agency, Angling Trust and Forestry England, joined together overnight yesterday (Sunday) in a show of strength against rural crime.

Operation Checkpoint first ran in January 2014, and remains the largest initiative of its kind in the country. The forces involved share intelligence and information and patrol across boundaries to target criminals, disrupting their use of the road network in rural areas and bringing anyone found breaking the law to justice.

In Northumbria, local volunteers joined officers and staff for the operation which focused on issues such as poaching and theft.

Police tactics included the widespread use of Automatic Number Plate Recognition (ANPR) technology to locate vehicles suspected of being connected to crime, as well as targeting those seen in suspicious circumstances.

Neighbourhood Inspector Pam Bridges, from Northumbria Police, said: “Operation Checkpoint is a fantastic display of partnership working at its best.

“By working together to tackle rural crime, which can severally impact residents and communities, we demonstrate the power we have to tackle the issue.

“The operation saw officers, staff and volunteers out in force across Northumbria and this proactive activity highlights that tackling rural crime continues to be high on our agenda.

“It sends out a clear message to potential offenders that this activity will not be tolerated.”

“Working together in our rural communities and sharing information and intelligence helps ensure our officers catch those responsible. It really is a joint effort and I’m committed to ensuring Northumbria Police is doing everything possible to tackle rural crime effectively.”

You can report suspicious activity by completing a form online at www. northumbria.police.uk, calling 101 or through the Rural Crime Reporting Line anonymously 0800 783 0137 or by visiting www.ruralcrimereportingline.uk