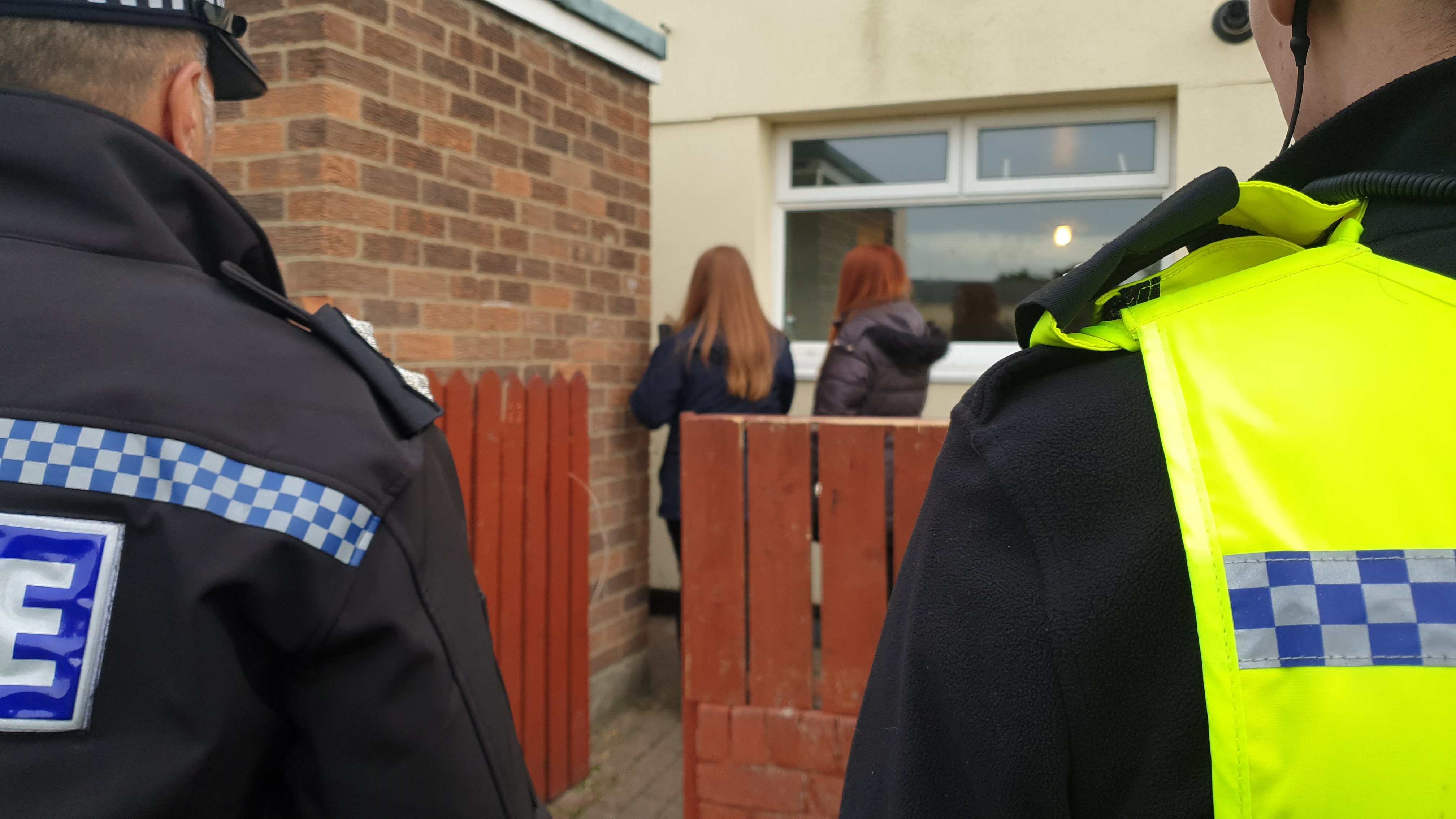 More than a dozen parents have been visited by police and told they face eviction if their children continue to terrorise their community.

For weeks, unruly teenagers have been running riot in West Denton and making life a misery for their neighbours.

Groups of the children have been gathering around an area known locally as the ‘D Roads’ where they have been drinking and smoking drugs.

They have intimidated members of the public, left litter scoured across the estate and caused a significant amount of criminal damage.

The majority of those responsible are teenagers but police have received one report about a nine-year-old boy behaving in a disorderly manner.

Neighbourhood officers at Northumbria Police, Newcastle City Council and Your Homes Newcastle have been working with the community to tackle the problem.

But yesterday (Wednesday) the partner agencies descended on the ‘D Roads’ to warn parents of the unruly teens that they face being evicted if things don’t change.

In total 13 addresses were visited and parents were handed a Community Protection Warning Notice (CPNW) that puts restrictions on named individuals.

A number of Notices Seeking Possession (NOSPs) were also handed out that states the tenants will be evicted from their homes if their children breach the terms of the order.

Neighbourhood Sergeant Ashley Palmer said: “We have had a number of complaints from people on the D Roads about the behaviour of a number of children.

“We have had complaints about children as young as nine who have been involved in causing criminal damage on the estates and that is unacceptable.

“The behaviour has led to significant littering and damage to council property that has left the area looking like an eye sore.

“That can attract anti-social behaviour itself and can be devastating for those decent people who take real pride in their home and community.

“For a number of weeks we have worked with partners, and the local community, to try and come up with a solution that improves people’s lives.

“If these children don’t start to change their ways then we will be left with no option but to move them out of the area to prevent further disorder from taking place.

“This activity is just the start of our enforcement and I would encourage anyone who witnesses anti-social behaviour to contact police.”

She said: “The activity carried out this morning shows that we will not abandon those residents whose lives are blighted by the inconsiderate, frightening and often dangerous anti-social behaviour of a small number of people in the community.

“We will take action when necessary and if the trend of this kind of behaviour continues to escalate as it has in recent months we will not hold back from removing those who are causing the problem.

“We appreciate people are badly let down in terms of youth services thanks to years of austerity inflicted upon by successive governments, but there is still a responsibility to be mindful of our neighbours and communities.

“As a council we are committed to providing decent neighbourhoods for residents of Newcastle and we will continue to work with our partners to achieve this.”

The ‘D Roads’ focuses on a number of streets in West Denton including Dayshield, Dunstan Walk, Darden Lough, Downham and Deerbush.

Anyone who wants to report anti-social behaviour can do so by calling 101 or reporting it online at the Northumbria Police website.