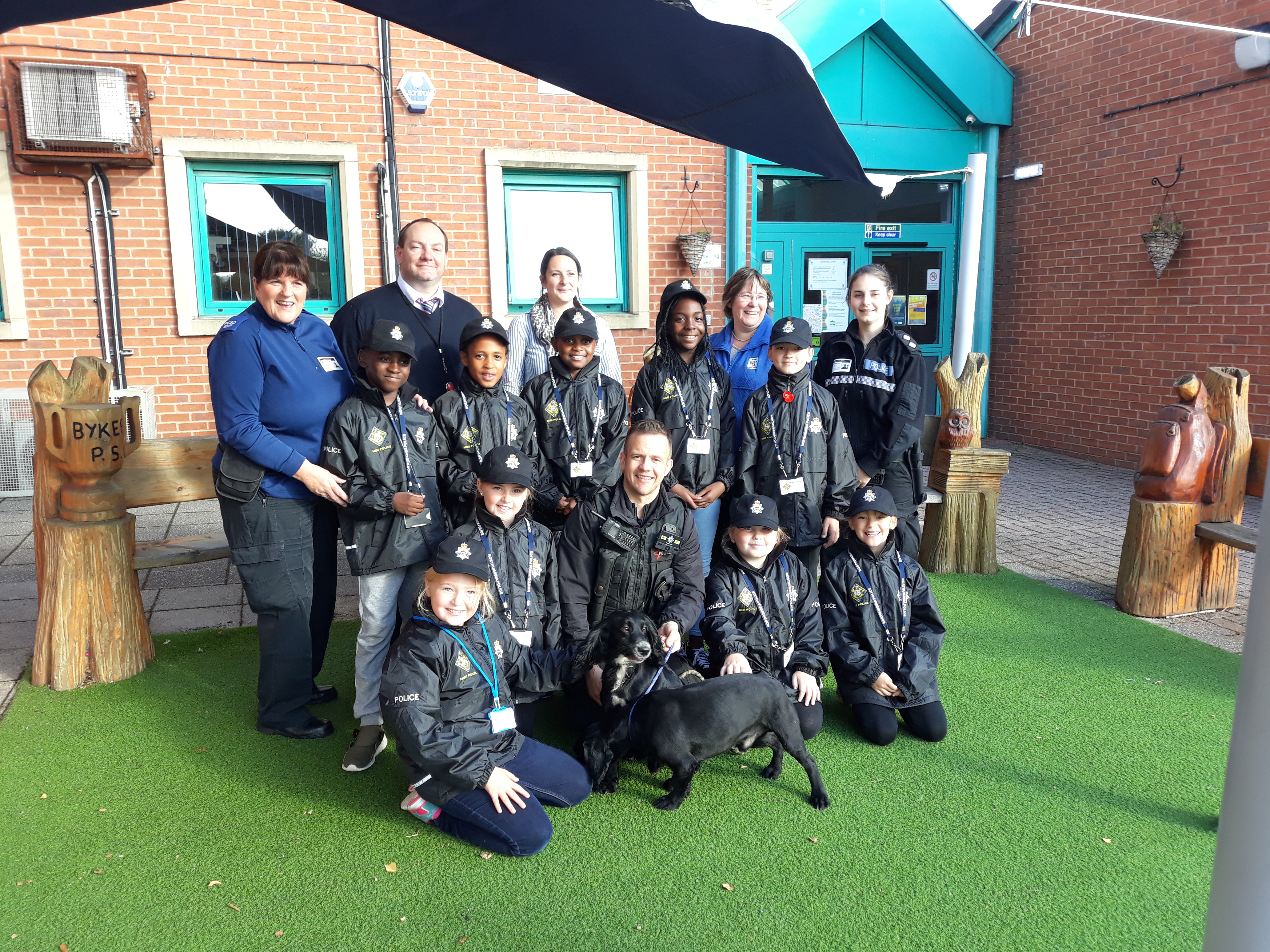 Our new batch of crime fighters may not seem like your typical bobby on the beat.

They’re a bushy-tailed bunch, young in the tooth and significantly shorter than your average officer.

But these nine-year-olds have a vital role to play in keeping our communities safe after becoming the latest to join our Mini Police scheme.

The Force launched their Mini Police in 2018 and recruited schoolchildren from across the region.

As part of the scheme, the bushy tailed recruits were handed their own police uniforms so they could volunteer their own time to support operational policing.

In the past year, the pupils have passed on personal safety tips to other class mates and also helped out officers at public events.

And now Year Five pupils at Byker Primary School in Newcastle have become the latest recruits to join the Force.

They were presented to the school at their assembly last week by Inspector Laura Rutter, CSO Nicky Turnbull and dog handler PC Adam Fegan with his dogs Larna and Boris.

Insp Rutter, of the Newcastle East Neighbourhood Policing Team, said: “The Mini Police scheme has been a huge success and pupils at Byker Primary School were actually the first to pull on the uniform.

“Our recruits have been a valuable asset in supporting operational policing in the area and have helped us to engage with the wider community.

“We have been able to break down barriers with police and show other pupils at the school that our officers are friendly and approachable.

“The Mini Police have also delivered some tough messages to their classmates and it is great for children to hear those safety messages from their peers.

“The scheme has gone from strength to strength over the past year and because of that success we have recruited a new cohort of officers.

“I was very impressed by the enthusiasm of our new officers and I am excited to see them have a positive impact in our community.”

To find out more about the Mini Police scheme visit the Northumbria Police website.