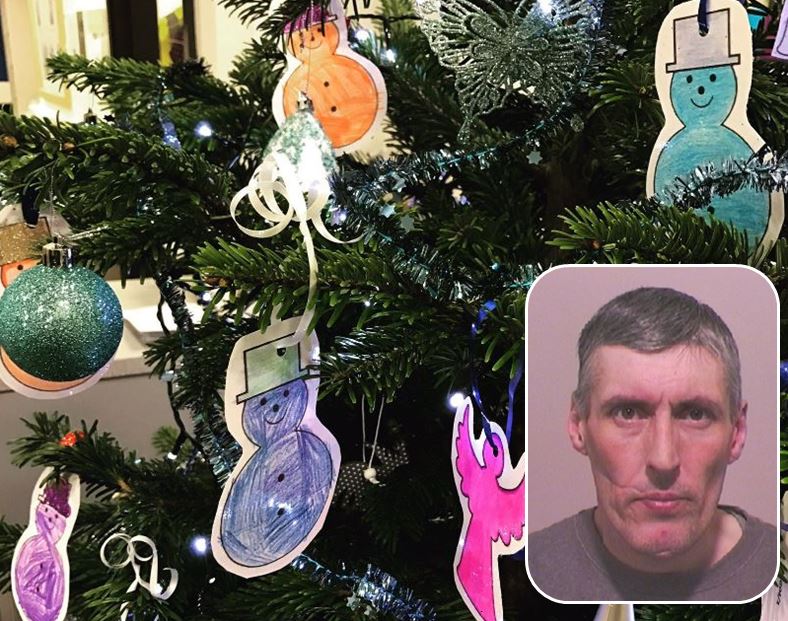 A serial offender will spend Christmas Day behind bars after handling stolen goods and ignoring a court order.

Michael Foster, 43, was handed a Criminal Behaviour Order (CBO) in April 2018 which banned him from setting foot in Ashbrooke, Southwick or Roker.

He was also not permitted to be in a public place in the company of two named individuals.

But after responding to a report of two males acting suspiciously on Belstone Court in Sunderland last month, officers found Foster in the company of a 33-year-old man, which constituted a breach of his CBO.

Foster was also found to be in possession of a red iPod which had been reported as stolen from a vehicle in Silksworth Lane earlier that morning.

Both men were subsequently arrested and Foster, of East Moor Road, Sunderland, pleaded guilty to handling stolen goods and breach of his CBO at Newcastle Crown Court on September 21.

He also admitted a charge of vehicle interference after an e-cigarette containing his DNA was found in a car which had been broken into on Roker Park Terrace in August.

Foster was back in the dock on Monday (October 21) and was jailed for 31 weeks.

Detective Constable Mick Boyd, of Northumbria Police, said: “Michael Foster has been a drain on police resources for a significant amount of time and has been causing misery to residents across Sunderland.

“The CBO which he received 18 months ago came with a number of strict conditions which restricted his movement and acted as a final chance for Foster to clean up his act – or face the consequences.

“Now, after he was found to have ignored that order, Foster has been sent to prison and he can now look forward to spending Christmas behind bars.

“We will not tolerate this type of criminality and I hope Foster’s imprisonment sends out a strong message that frequent offenders who ignore court orders will be pursued by police and brought to justice.

“Foster must now deal with the consequences of his actions, and upon release, he must continue to abide by the conditions of his CBO – or risk being hauled back before the courts, who will then have greater powers to deal with him.”

On the morning of September 20, police were called to Belstone Court after a report that two individuals were acting suspiciously and trying car doors in the area.

Upon arrest, Foster was searched and he was in possession of a red iPod which had a personalised message etched on the back.

The item was found belonged to a woman who had reported her car had been broken into earlier that morning.

In a statement, Foster’s victim said: “I was really shocked and upset by this incident. I felt violated and I was crying shortly after it happened.

“I hope those responsible are punished.”

Meanwhile, in a separate incident, police were called to Roker Park Terrace overnight on August 16 and 17 after a car had been broken into and a pair of Ralph Lauren sunglasses stolen from within.

Officers searched the vehicle and found an e-cigarette that had been dropped in the front passenger seat footwell. The item was forensically examined and later came back as a match to Foster.

Foster refused to cooperate with police in interview, but last month admitted handling stolen goods, breach of his CBO and vehicle interference.

He will now spend the festive period behind bars.