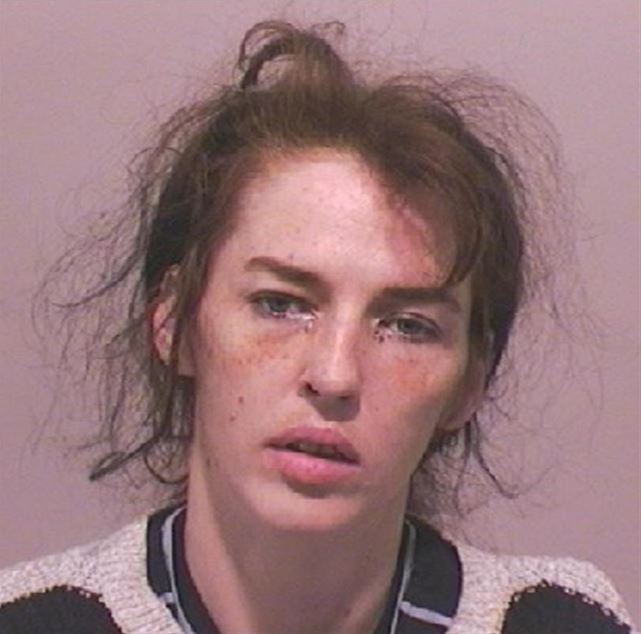 McFarlane, 38, was spotted trying door handles along the South Shields street and was swiftly arrested and charged with a string of offences

A shameless thief who burgled one home and attempted to raid two others on the same street has been jailed.

Melisa McFarlane, 38, tried the doors of a number of addresses on Milton Street, South Shields during a cynical crime spree earlier this year.

After managing to enter one house while the occupant was out, McFarlane hunted for valuables and pocketed a stash of jewellery – along with a set of spare keys to the property.

Carrying her loot in a number of plastic bags, she then popped into a nearby shop and bought groceries before returning home - just five minutes’ walk away from the address she had raided.

With the weight of evidence against her overwhelming, McFarlane, of Dacre Street, South Shields, admitted one count of burglary, two counts of attempted burglary and breach of a suspended sentence at Newcastle Crown Court on October 4.

She was subsequently jailed for more than two-and-a-half years.

Detective Constable Mick Boyd, of Northumbria Police’s Southern burglary team, said: “Melisa McFarlane showed a total disregard for others and the community where she lives as she tried to break into a number of addresses just a short walk away from her home.

“After trying the doors of two properties, she then forced her way into another and stole somebody’s belongings which included jewellery of sentimental value.

“Burglary is a shameful and intrusive crime that can have a long-lasting effect on victims and those who live in the surrounding areas. It can unpick the fabric of our communities and lead to  people feeling anxious or frightened in their own home.

“As a result, we do not apologise for our zero-tolerance stance towards this type of criminality and we have a dedicated burglary team based at Southwick Police Station who look to bring burglars to justice every single day.

“On this occasion, we were able to return some of the stolen items to the victim after officers found the property at McFarlane home address. She must now deal with the serious consequences of her actions.”

A court heard the burglary victim – who had only been out for an hour on the afternoon of September 4 – returned home to find her house had been raided.

But McFarlane’s dishonest actions were seen by a neighbour who spotted her trying door handles along the street while carrying large plastic bags.

After obtaining a description of the suspect and scouring CCTV in the area, police identified McFarlane as their main suspect. She was arrested and subsequently charged with the offences.

McFarlane refused to cooperate with police when interviewed, but later admitted burglary, two counts of attempted burglary and breach of a suspended sentence with the weight of evidence against her overwhelming.