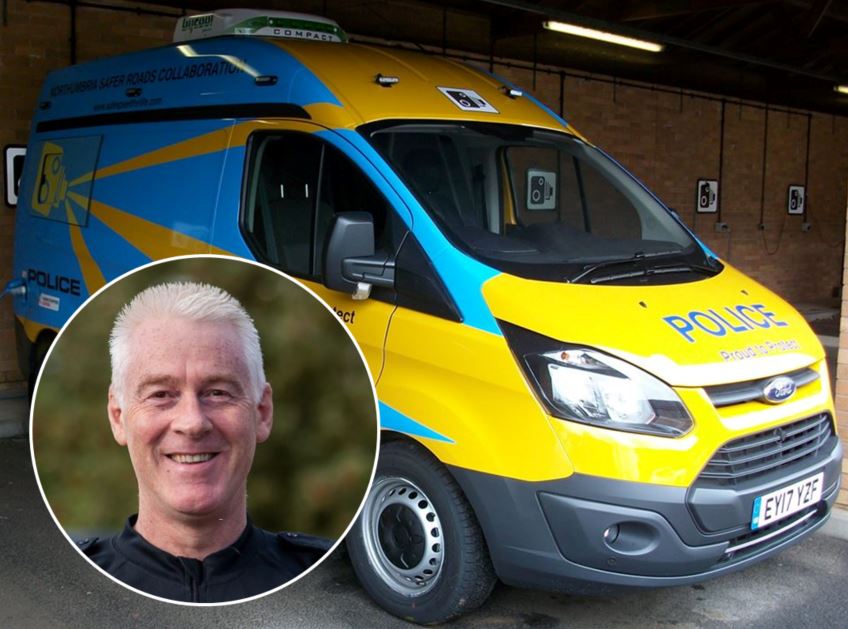 Speeding has reduced at an accident blackspot in Northumberland after police deployed mobile cameras on the road.

The number of motorists caught speeding on the 70mph stretch of the A1 in Felton has reduced by 20 per cent in the last two months.

Earlier this year, officers from Northumbria Police revealed they had caught 66 speeding motorists in just three hours on the first day of enforcement in May.

Three of the vehicles were driving at more than 100mph and were summonsed to court to answer to magistrates.

The stretch of road had been identified by the local authority and police as an accident blackspot at a point where two lanes of the carriageway merge into one.

And after five months of enforcement on the road, the number of speeding motorists has reduced by 20 per cent.

Figures from the Force’s Camera Enforcement Unit revealed 680 drivers were stopped in the first two months of enforcement compared to just 544 in the next two months.

PC Peter Burke welcomed the reduction in speeding but said it was still concerning that more than 500 people had been driving over the limit.

He said: “Northumbria Police are committed to making our roads as safe as possible and we work closely with partners every day to enforce speed limits across our region.

“Following consultation with Highways England our mobile speed cameras we deployed all along the A1 and anyone our message was that anyone who breaking the limit should expect to be penalised.

“I welcome the reduction in the number of people speeding on this stretch of road but it is concerning that more than 500 people still ignored the limit.

“There have been fatal collisions on this stretch of road and we would ask drivers to consider the fact that people are dying in this area because of a lack of respect for the limit.

“The stopping distance at 100mph is approximately double what it would be if vehicles were driving at the 70mph limit. Driving at that speed is not only dangerous, but completely irresponsible.

“We will continue to enforce this stretch of road but drivers need to start taking some responsibility for their actions.”