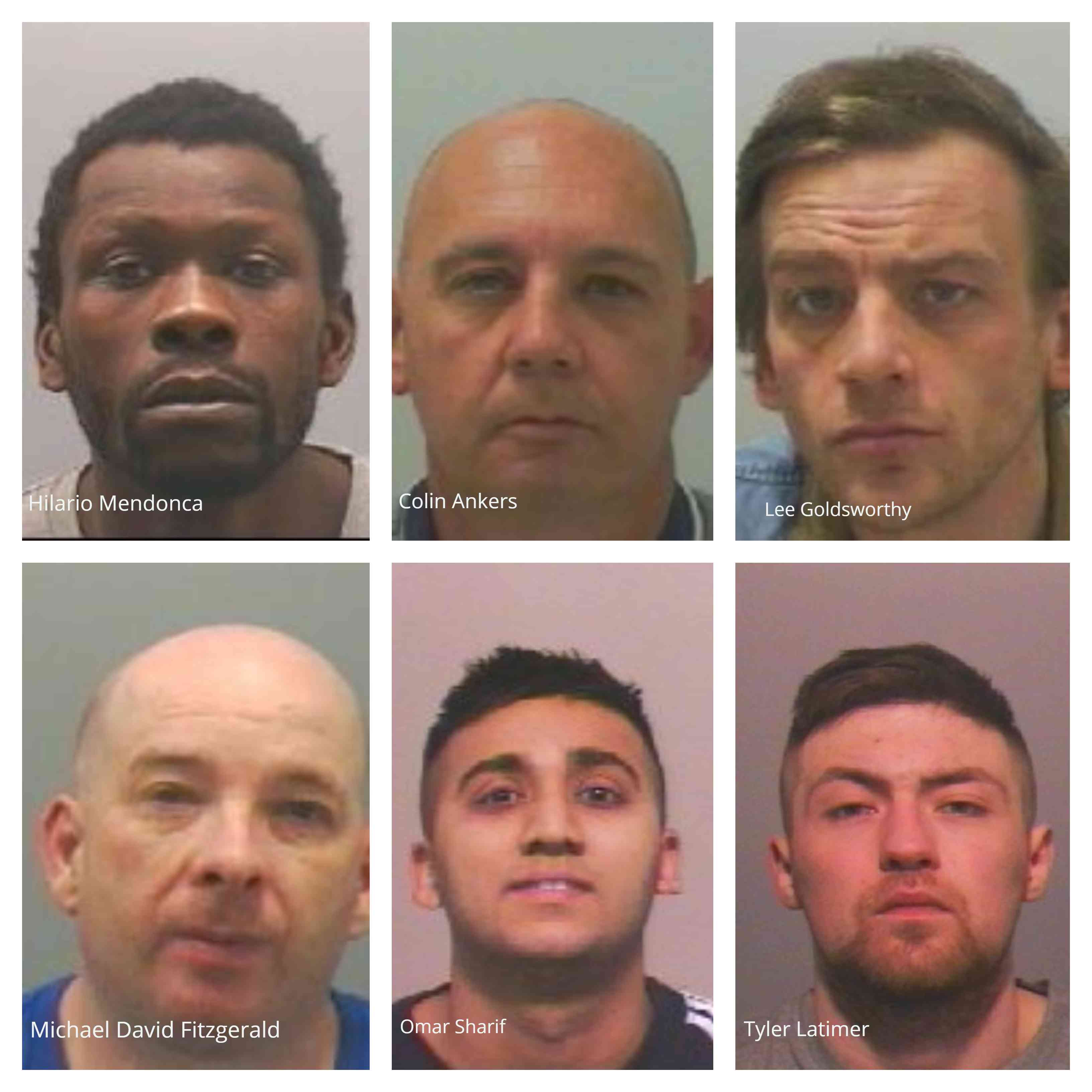 In the past 12 months, Northumbria Police has secured the convictions of some of the most dangerous sex offenders. Here are some of those who have been handed more than a score behind bars.

A top cop has welcomed some of the biggest sentences handed down to the region's most dangerous sex offenders in the past year.

In the last 12 months, Northumbria Police has seen some lengthy sentences handed down to a number of dangerous paedophiles and rapists. Today we take a look at some of the most dangerous 'scorers' who have been handed more than 20 years behind bars for horrific sex crimes.

Hilario Mendonca, 29, forced his way into an address in the east end of the city in January last year, forced the female occupant upstairs and then raped her.

Neighbours were woken by the screams of the victim during the early morning attack and contacted police.

Mendonca, of Raby Street, Byker, was handed  the  20 year sentence for seven counts of rape and one sexual assault.

Detective Constable John Bentley thanked the vigilant neighbours for calling the police, who were then able to get to the victim saving her from potential further attacks.

Colin Ankers is one of four men who has been sentenced for his part in brutally raping a child.

Ankers, 46, of Waterville Road, North Shields, was convicted of 14 counts of rape and four of indecent assault. He was jailed for 21 years extended for one year on licence.

Detective Constable Jaclyn Younger said it was an 'emotional moment she will never forget' when the judge handed down the sentences to all four men but in particular Ankers, who the victim described as the 'worst' offender.

Lee Goldsworthy, 35, of Alexandra Road, Ashington, was found guilty of four counts of rape and three counts of sexual assault after a trial last month and was sentenced to 22 years.

During Lee Goldsworthy's reign of terror, he raped a woman with learning difficulties and sexually assaulted a child in a hospital corridor who was there to visit a dying relative.

Detective Constable Mandy Todd had been 'living and breathing' the investigation for three years and felt a sense of relief for the victims when the sentence was handed down to Goldsworthy.

Fitzgerald, of Cullercoats Street, Newcastle, denied the abuse which started when the victim was a child and continued into her adulthood.

He was branded a dangerous offender and was sentenced to 23 years behind bars and will be subject to an extended licence period of a further seven years upon release.

Detective Constable Hayley Evans admitted she 'struggled to hold back the tears' as the judge handed the 23 year sentence down to Fitzgerald earlier this month.

Omar Sharif, 24, plied vulnerable young women with drink and drugs and raped them.

Sharif, of Brunton Terrace, Sunderland admitted drugs offences and denied rape, but was convicted of four charges against three victims.

He was jailed for 32-and-a-half years with five years on license.

The officer leading the investigation said Sharif thought he was 'untouchable' and treated all his victims with 'complete disrespect'.

Rapist Tyler Latimer was jailed for 21 years after subjecting a woman to 'gratuitous degradation'.

The victim was left 'cowering and extremely distressed' by her ordeal at the hands of the 22-year-old.

Latimer, 22, of Kelvin Grove, Gateshead was jailed last year after a jury found him guilty of three counts of rape and one charge of common assault. He had also pleaded guilty to two offences of assault, common assault and criminal damage.

Detective Constable Alan Gibson said after sentencing that bringing offenders to justice is why he is dedicated to the job.

Detective Chief Superintendent Scott Hall, who is head of the force's Safeguarding department, has not only praised the victims for reporting the abuse they have suffered, but has commended the officers for the work they do day-in-day-out to get these dangerous offenders off the streets.

Detective Chief Supt Scott Hall said: "These men are behind bars for a very long time and the reason for that is simply because the victims have been so incredibly brave in reporting their horrific ordeals to the police and we have taken action.

"While the sentences passed down to offenders is ultimately in the hands of the judges, I absolutely recognise the hard work, dedication and compassion our officers need to have in order to get offenders before the courts.

"Working in the Safeguarding Department is a really specialist role and is often very challenging but that is absolutely why we have highly trained and dedicated officers and staff working in the department and we are doing more than ever to support vulnerable victims.

"These are some of the most substantial sentences we have seen for sexual offences and I hope it does serve as a warning that there is no place in society for dangerous sex offenders."

Anyone who has been victim of rape, sexual assault or abuse, recent or historic, is asked to contact police on 101 or report via the "Tell Us Something" page of the Northumbria Police website. Always call 999 in an emergency.