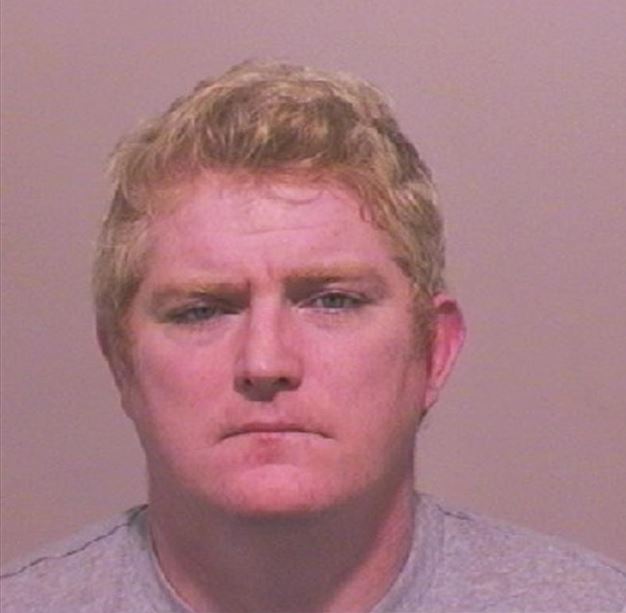 A top cop has condemned a violent thug who spat blood at a police officer and tried to throw urine in her face.

On Wednesday (October 23), Dylan Barnes, 38, was jailed for 16 months following the disgusting attack on a female police officer in Sunderland.

The response officer had been deployed to Ravensworth Street shortly after 4am on April 14 and found Barnes with injuries following an assault.

But Barnes was not interested in receiving help and acted aggressively towards the PC, calling her derogatory names before spitting a mixture of blood and saliva at her.

After being restrained with a spit hood, Barnes was taken to hospital and asked to provide a sample of urine – which he then attempted to throw over the officer.

Now, with Barnes beginning a stretch in prison, Chief Inspector Paul Walters has hit out at the offender’s behaviour and says the incident highlights the real dangers and abuse that officers can encounter while keeping the streets safe.

“Dylan Barnes is an individual who has been a huge drain on police resource for some time, and he has previously showed aggression and animosity towards officers,” Chief Insp Walters said.

“In this case, a female officer was carrying out her duties in a respectful manner and attended the scene with the intention of helping him.

“However, he then proceeded to verbally abuse her and spit blood and saliva which landed on her police armour. In hospital, when asked for a sample, he then tried to degrade and disrespect the officer further by attempting to throw urine over her.

“Nobody should be made to face this type of disgusting behaviour, especially officers who are on duty to protect the communities they serve, and I would like to praise the PC for her professionalism and dedication while dealing with this difficult situation.”

Chief Insp Walters added: “Our officers come to work every day knowing they could be faced with dangerous or tricky situations, and clearly putting public safety before their own is expected.

“But when they are faced with such needless levels of violence and hostility, it is crucial that those offenders are dealt with robustly and brought to justice.”

Barnes, of no fixed abode, was found guilty of two counts of assault on an emergency worker during a Newcastle Crown Court trial held in his absence when he failed to appear on August 2.

In a statement read out to the court, the female police officer said: “I find this type of assault particularly disgusting.

“While I expect a certain level of resistance in my occupation I do not expect to be abused in this manner.

“I gave Barnes no cause to spit at me and while I do not believe that any landed on my face, coupled with the fact that Barnes was bleeding from his mouth, I am still concerned regarding infections and my own personal welfare which has an impact on my quality of life both at work and outside.”

A 63-year-old man and 40-year-old woman were both arrested on suspicion of assault relating to the injuries Barnes had suffered. They were released with no further action to be taken.

Barnes was back in the dock on August 19 and pleaded guilty to further offences of theft, burglary, making off without payment, driving whilst disqualified and failing to surrender, all of which he had committed while wanted on warrant.

This week, a judge jailed him for 16 months.