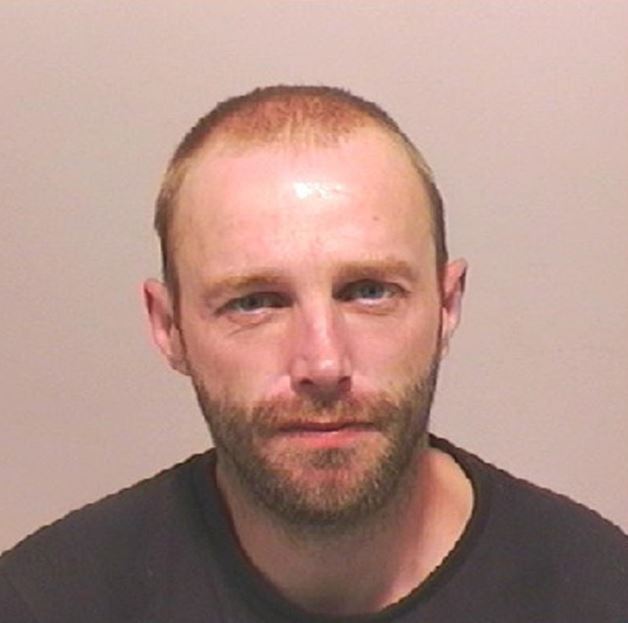 Brennan, 33, admitted burglary, taking conveyance without authority, driving whilst disqualified, no insurance use and failing to provide specimen

Top teamwork between police and an eagle-eyed neighbour has resulted in a sneak-in burglar being put behind bars.

Rocky Brennan, 33, cynically crept into a home on Glenthorpe Avenue in Sunderland as the occupants were eating tea earlier this year.

The shameless intruder helped himself to a range of goods including a Louis Vuitton handbag, a Radley purse containing cash and a set of car keys.

Brennan then searched the car’s glovebox on the driveway before starting it up and driving away, eventually abandoning the vehicle on a nearby street.

But his deception was witnessed by a nearby resident, who swiftly alerted the victim and directed police towards Brennan’s location.

Now, after Brennan was jailed for two years and five months on Friday (October 25), detectives have praised the neighbour and say the case highlights how the public can work with police to keep the region safe.

Detective Constable Stuart Havery, of Northumbria Police’s Southern burglary team, said: “This is yet another example of how the public are our eyes and ears, and by working together, we can continue to take burglars off the streets.

“In this case, Brennan’s swift arrest was made possible because a neighbour spotted him lurking outside a nearby address and recognised something was not right. They then alerted the victim and helped direct officers to where the culprit was.

“Burglary is an incredibly serious crime which can have not only a long-lasting effect for the victim, but the whole wider community too. Crimes of this nature can make residents feel frightened or anxious in their own home, the place which is meant to be their safe haven.

“As a result, we make no apology for our tough stance when dealing with burglars, and I am pleased that Brennan now begins a stretch behind bars.

“Since April this year, some of our most prolific burglars in Sunderland and South Tyneside have been locked up and received a combined jail-time of more than 35 years. There’s no doubt that our streets are safer as a result of these successful convictions.

“Heading into the winter months, we will continue to work tirelessly to tackle offenders and would ask that residents take an extra second to ensure any doors and windows are locked, and valuable items kept out of sight.”

After being stopped by police on July 3, Brennan, of Sandringham Road, Sunderland, was found to be in possession of stolen car keys, a watch, house keys, a Louis Vuitton handbag and a Radley purse containing 300 euros.

He refused to cooperate with police upon interview, but pleaded guilty to burglary, taking conveyance without authority, driving whilst disqualified, no insurance use and failing to provide specimen during a Newcastle Crown Court hearing on August 30.

On Friday (October 25), he was jailed for two years and five months.

Det Con Havery is part of a group of dedicated burglar hunters who are tasked with reviewing every incident that takes place across Sunderland and South Tyneside.

The team of detectives, based at Southwick Police Station, review prolific offenders and monitor hotspots so they can identify those responsible for burglaries in the area and prevent them from taking place.