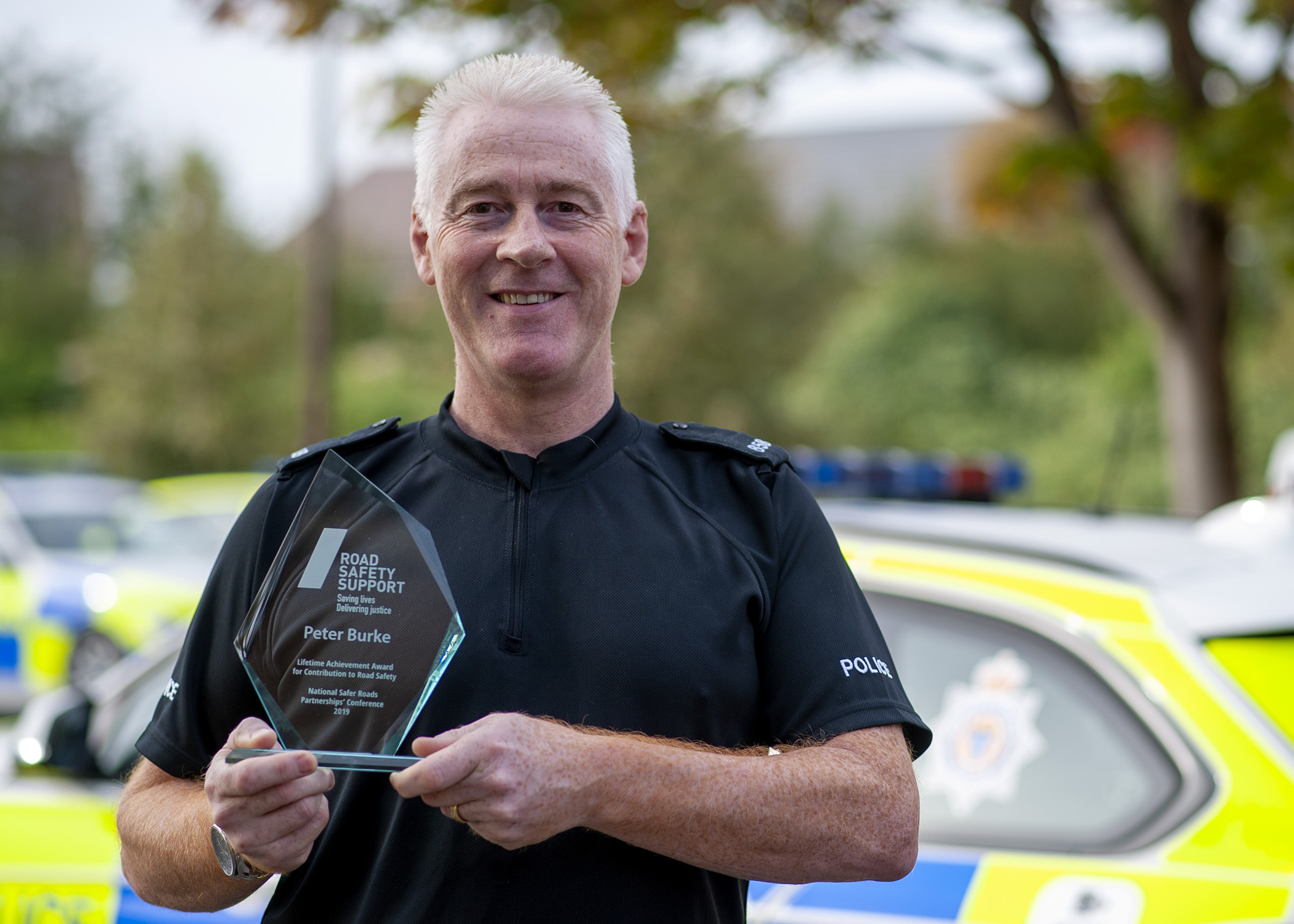 A dedicated police officer has been recognised with a life-time achievement award for his work in improving road safety.

PC Peter Burke has been an officer in Northumbria Police for 19 years after more than a decade as a Sergeant in the Special Investigation Branch of the Royal Military Police.

He is due to retire later this year but despite dedicating nearly three decades of his life to public service his passion for the job still shines as bright as it did in when it all started back in 1984.

Peter has performed a number of roles in his long stint in the Force but since 2012 he has been tasked with overseeing the work of the Camera Enforcement Unit.

That sees him work with partner agencies to identify dangerous stretches of road and use speed cameras to make them safer.

Since starting the role, Peter’s commitment to road safety has seen a reduction in the number of people who have lost their lives in a traffic accident.

Now, the dedicated cop has been recognised for his work after being handed a National Lifetime Achievement Award for Contribution to Road Safety.

Speaking after collecting his award, Peter said: “It is a huge honour to be recognised by Road Safety Support as it is something I’m really passionate about.

“Too many people die on our roads and, despite being in policing for over 30 years, dealing with those types of incidents doesn’t get any easier.

“I don’t think those people who complain about speed cameras would be shouting quite as loud if it was one of their family members who had died as a result of speeding.

"Sadly I can speak from experience having lost two family members to inappropriate speed over the years.

“We always justify the deployment of the cameras in a very strict and directed manner; the fact that is has led to a reduction in fatal collisions does make me proud.

“I know that all of my colleagues are just as passionate as I am about making our roads safer and if we can even prevent one fatal collision then we have made a difference.”

Northumbria Police Chief Constable Winton Keenen said: “I am delighted for Peter and know just how passionate he is about road safety.

“I have no doubt that he has saved countless lives and he will be a huge miss to the organisation when he retires later this year.

“He will leave behind him a great legacy and I know he will be able to look back on his career with great pride and in the knowledge that he really has made a huge difference.”

Peter was presented with the award by Road Safety Support at their National Safer Roads Partnership conference.

The judging panel praised his “grit and determination” to change driver behaviour and reduce accidents on the region’s roads.

They added that he had “put foundations in place” to ensure Northumbria’s Camera Enforcement Unit continued to have a positive impact.