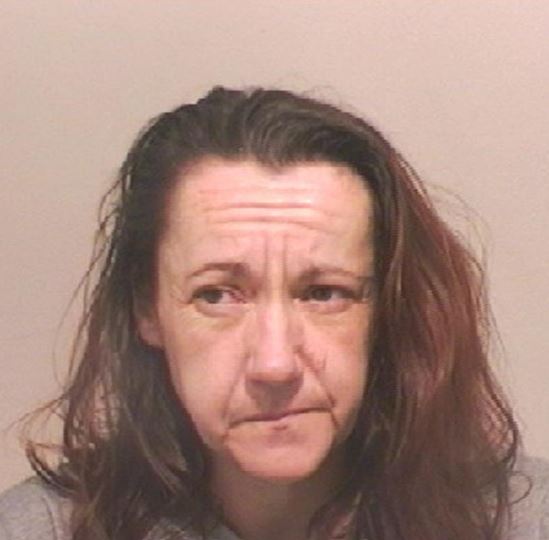 Violent and calculating Nicola Lee has been jailed for 14 years after killing her partner.

Paul Taylor, 45, died as a result of a single stab wound to the chest following an altercation with Lee in the early hours of March 31. The scheming 44-year-old then called emergency services claiming her partner had been brandishing a knife, threatening to take his own life.

Yesterday (Wednesday) the court was told details of Lee’s violent past – how in 2013 she stabbed a former partner in the thigh with a garden fork and in 2017 was involved in a confrontation with two males where she armed herself with two knives.

They also heard troubling tales of her violent outbursts against Mr Taylor – on one occasion, attacking him with a hammer.

He said: “In my judgement you are an intelligent, calculating woman who will again lie when it suits you. You put on a convincing act as soon as you realised the enormity of your actions.

“The combination of anti-psychotic drugs, anti-depression drugs and smoking cannabis led you to become aggressive, argumentative and eventually violent.”

He also addressed Lee’s aggressive behaviour towards the police and emergency services as shown on the body worn footage played during the two week trial.

He added: “You were resentful of all those present in your flat and that resentment took a deep hold.  You had the presence of mind to lie to them and pretend that Paul had stabbed himself.”

Paul’s family were present in court, and a victim impact statement written by his mother was read out which described him as someone with a ‘brilliant sense of humour, mischievously charming and amusing.’

It also spoke of the family’s pain at knowing he would not be there to see his children grow up or get married, or have grandchildren.

Senior investigating officer in the case, Detective Chief Inspector Alan Cairns added: "We know that no sentence will ever make up for what happened to Paul and our thoughts are with his family and loved ones at this difficult time. Hopefully this will help them get the closure they deserve.

“This was an awful incident - Paul was killed by someone he knew and loved and the consequences of what Lee did will live with her and with Paul’s family for the rest of their lives.”