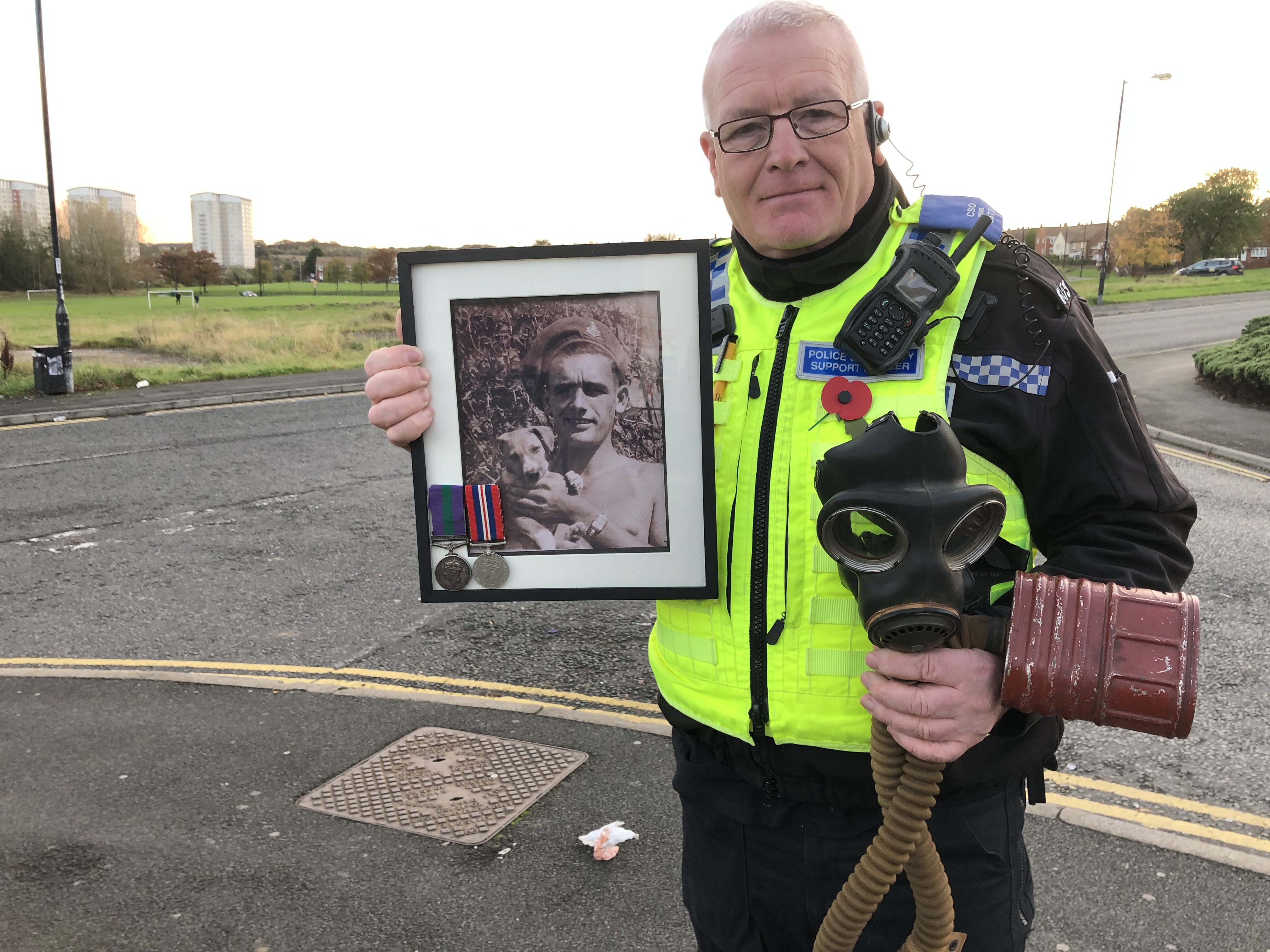 We all walk in the footsteps of heroes every single day.

That’s the view of a police community support officer who has planned a special tribute to the ex-servicemen and women who lived on the beat he now walks.

In the run-up to Remembrance Day, Sunderland-based PCSO Jim Tuckwell will tell the stories of Armed Forces veterans who resided on the streets that he patrols.

A keen historian in his spare time, PCSO Tuckwell has extensively researched the period between the end of the First World War and 1946 after his uncle was killed in June 1944 serving with The Durham Light Infantry.

Now, over the next fortnight, he plans to recognise the service and sacrifice of ex-military personnel who lived in the Barnes and Eden Vale areas of the city.

Every day from Friday (November 1) through until Remembrance Day, PCSO Tuckwell will focus on a different street and tell the story of one of its former residents who showed incredible bravery during their line of duty.

“All of the addresses and streets which I am going to focus on are ones that I pass every time I am on duty,” PCSO Tuckwell said.

“The idea all came about after I saw an old newspaper article from 1940 about a soldier from Sunderland reported missing but who actually became a Prisoner of War.

“From there, I started going through the Census and military records to find any other mentions of streets nearby, along with Prisoner of War records, Gallantry awards and Commonwealth War Grave Commission registers.

“By doing something like this, it reinforces the message that our communities are more than bricks and mortar – and that we all walk in the footsteps of heroes every single day.

“In my role as a PCSO, I walk the same streets that those men and women walked all those years ago and many of us are unaware of what went on during those times or the debt that we owe those people today.

“Hopefully this project can inspire others to want to find out more about relatives who served or about ex-servicemen and women who previously lived in their streets or houses.

“It’s never been more important to remember those who fought to defend our country, but I think Remembrance is something for every day – not just November 11.”

PCSO Tuckwell’s interest in history came after growing up with stories about his uncle, Corporal John William Sawyers Gibson, who was killed on June 14, 1944 while serving with the 6th Battalion of The Durham Light Infantry (DLI).

His father also enlisted into the DLI and was due to join the 2nd Durham Light Infantry in Burma, but was transferred to another unit when the war ended.

Over the years, PCSO Tuckwell has scoured county records and pored over newspaper archives and recently set up a website which provides a comprehensive history into the DLI and those who proudly served their country.

“Every soldier had a story to tell, but many avoided speaking to their loved ones about the horrors they encountered while at war.

“That’s the motivation behind what I do, really – to tell the stories of soldiers who were in the DLI, or who lived in this area, and make sure their stories live on for future generations.”

Keep an eye on @NPSunderland from Friday to read the stories of 11 streets in Sunderland and the residents who made the ultimate sacrifice in their fight for freedom.