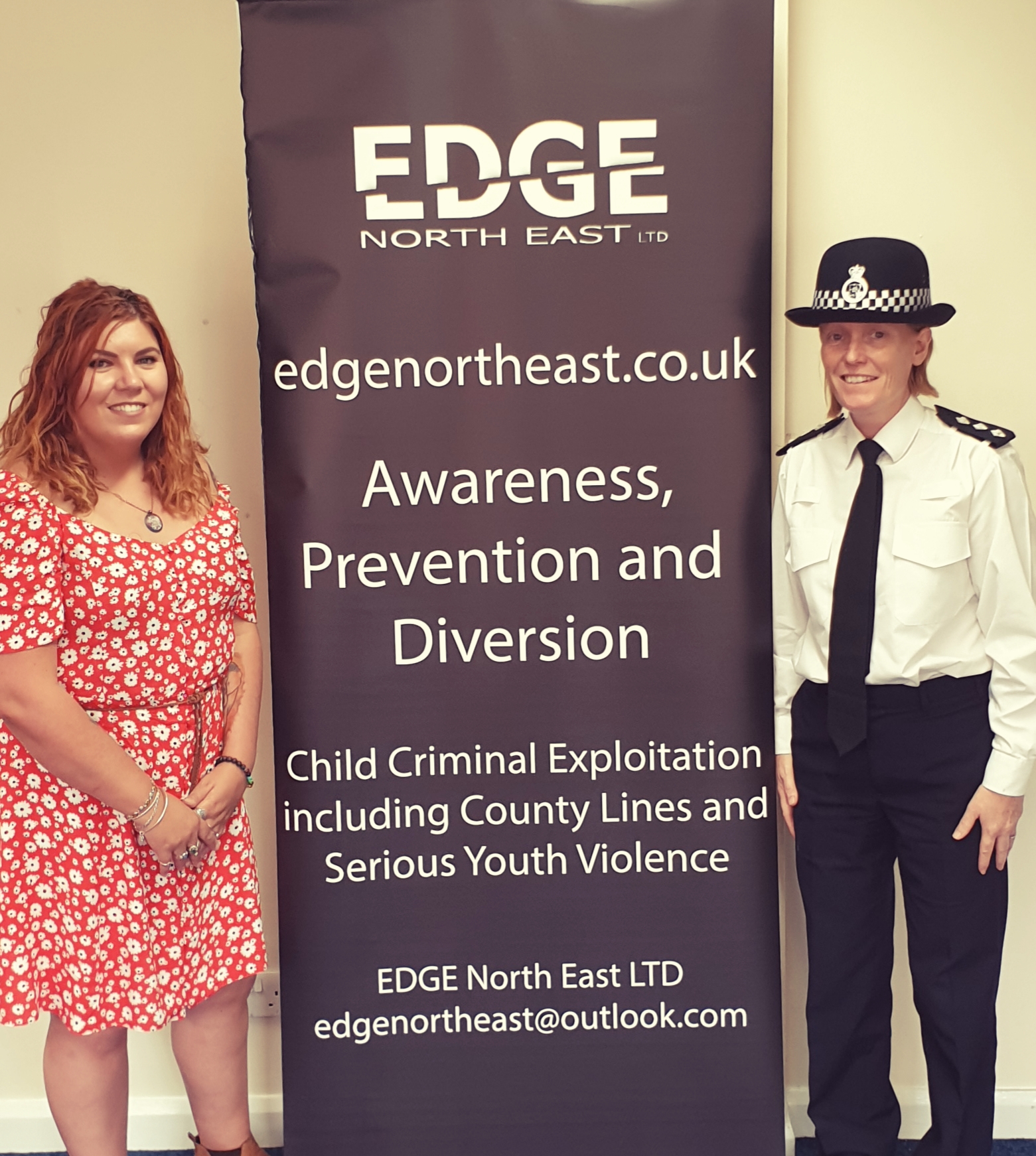 Young people have been taking part in innovative new programmes designed to help them avoid the pitfalls of a life in criminality.

Northumbria Police has joined forces with a range of partners and charities, including the Enthusiasm Trust and Edge NE, to empower young people and help them turn their lives around through a mixture of early intervention work, mentoring and multi-agency workshops.

Kirsty Smith, Force Operational Manager for Northumbria Police, is heavily involved in one of the early intervention schemes called the YOLO Project. YOLO works with 8-14 year-olds who are at risk of slipping into a life of crime and prevents them from becoming involved in anti-social behaviour, knife crime and serious youth violence.

The Force received £375,000 to run the scheme with Youth Justice Services and mentoring teams from Newcastle United Foundation and Sunderland Foundation of Light.

Kirsty said: “Many of the youths we see are vulnerable to being groomed by older people who recruit them with the sole purpose of coercing them into committing crimes and causing disorder. As police officers it’s our job to tackle crime but that doesn’t always mean pursuing offenders, it means looking at how we can prevent crime from happening in the first place.

“Our role within this scheme is to work with our partners and mentor these young people to challenge their perceptions of police and the authorities, set new boundaries and encourage them into education.

“We look at the key drivers which indicate a young person may be at risk of becoming involved in serious youth violence or knife crime. These could include anything from domestic violence in the home to periods of being reported missing, or being completely disengaged at school.”

And that’s not all. In October last year, Northumbria Police received £67,782 funding to run a similar project called ‘Get Connected’ which also diverts youngsters away from crime.

This programme is slightly different as it targets 14-25 year-olds already involved in a range of criminality and sees Derby-based charity The Enthusiasm Trust and Safe Newcastle and other partners working together.

Collette Devlin-Smith is from Edge North East, an organisation which raises awareness of County Lines and Child Criminal Exploitation to young people and professionals. They also offer mentoring packages to young people involved in or at risk of serious youth violence and organised crime.

She said: “Get Connected is a fantastic tool which allows us to engage with young people who previously, would have had no interest in working with the authorities.

“We work hard to match our young people to a specialist youth mentor who then supports and guides them away from crime.

“Our mentors have both personal and professional experience in these areas. They put the young person at the heart of everything they do and take on board their needs, wants, likes and dislikes and establish the best way of working with them.

“We’ve had great success so far and have engaged young people in sports like boxing and football, we’ve helped to find them employment, education and made referrals to mental health and other services. Having a mentor gives our young people someone they can rely on and trust and gives them someone to help them use their voice and show them a different pathway in life and we’re really excited to see how the projects progress.”

The schemes have been praised by Northumbria Police and Crime Commissioner, Kim McGuinness, who is expanding on this area of youth intervention work by establishing the Northumbria Violence Reduction Unit to tackle the root causes of crime head-on. She said: “We want every child in Northumbria to have opportunity and aspiration. Working closely within the community and through early intervention programmes  we can make a real difference and can give some youngsters a wake up a call showing them they are worth so much more to themselves and society if they choose a positive path.”

**Young people can be referred to YOLO through their school, the Force’s neighbourhood policing teams or through the social justice system.  They can be referred to Get Connected thought the police, schools, social services, youth offending and other statutory and voluntary organisations. **