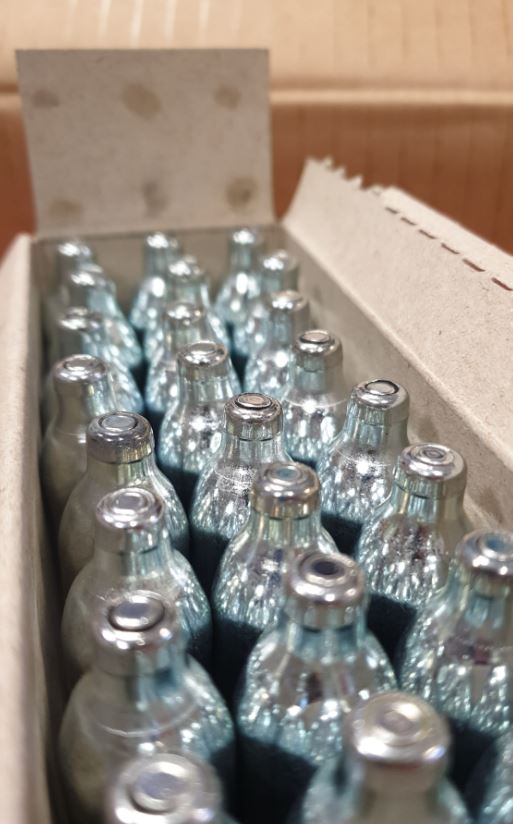 Detectives at Northumbria Police made the seizures after teaming up with Newcastle City Council.

The action saw specialists from the Force’s Operation Sentinel teams visit a number of licensed premises across the city.

In total, 18 premises including shisha bars, pubs and nightclubs were visited by officers due to their suspected links to organised crime and drug dealing.

Detectives were joined by licensing officers at Newcastle City Council to carry out checks at the properties and seize any illegal goods.

And now they have revealed that 5,000 nitrous oxide capsules were seized. The Class C drugs are believed to be worth thousands of pounds.

Detective Chief Inspector Paul Knox, who oversees the Organised Crime Team in Newcastle, said the activity sent out a “strong message” to those involved in organised crime.

He said: “There are a number of different ways that we look to disrupt criminal enterprises and this is one of them.

“It may be that we carry out criminal investigations, execute search warrants or carry out covert operations to gather valuable evidence.

“But this operation showed we will also work with the local authority to see what we can do from a licensing perspective.

“We will join them on licensing checks and if we see any signs of criminality then we will take action.

“If anyone is involved in drug dealing, or if they are putting the public at risk, then the status of their licence could be affected.

“Many of the premises we visited were complying with those licences but we have made some significant seizures and an investigation is ongoing.

“As part of Operation Sentinel this kind of work will continue and that should send a strong message to anyone involved in organised crime.

“It should also reassure the public that we will continue to take steps to keep drugs out of the night time economy in Newcastle.”

Coun Nick Kemp, Newcastle City Council cabinet member for the environment and regulatory services, said: “The success of this operation shows the benefits of working together when it comes to tackling illegal operations in the city.

“Officers from Environmental Health, Trading Standards and the Licensing Authority were able to team up with the police to target suspected criminal activity which seeks to exploit others and operate with complete disregard for the law.

“Thankfully on this occasion, dangerous products have been removed from the streets and fines have been issued for businesses operating without relevant licences and permissions as these unregulated premises pose a serious risk to the public.”

As part of the operation detectives visited 18 properties across Kingston Park, Newbiggin Hall, Throckley, Walker, the west end of Newcastle and the city centre on August 28 and August 29.

A 22-year-old man was arrested for possession of a psychoactive substance with intent to supply. He has been released under investigation pending further enquiries.

Anyone with information about organised crime or drug use is encouraged to contact police on 101 or anonymously via Crimestoppers on 0800 555 111.