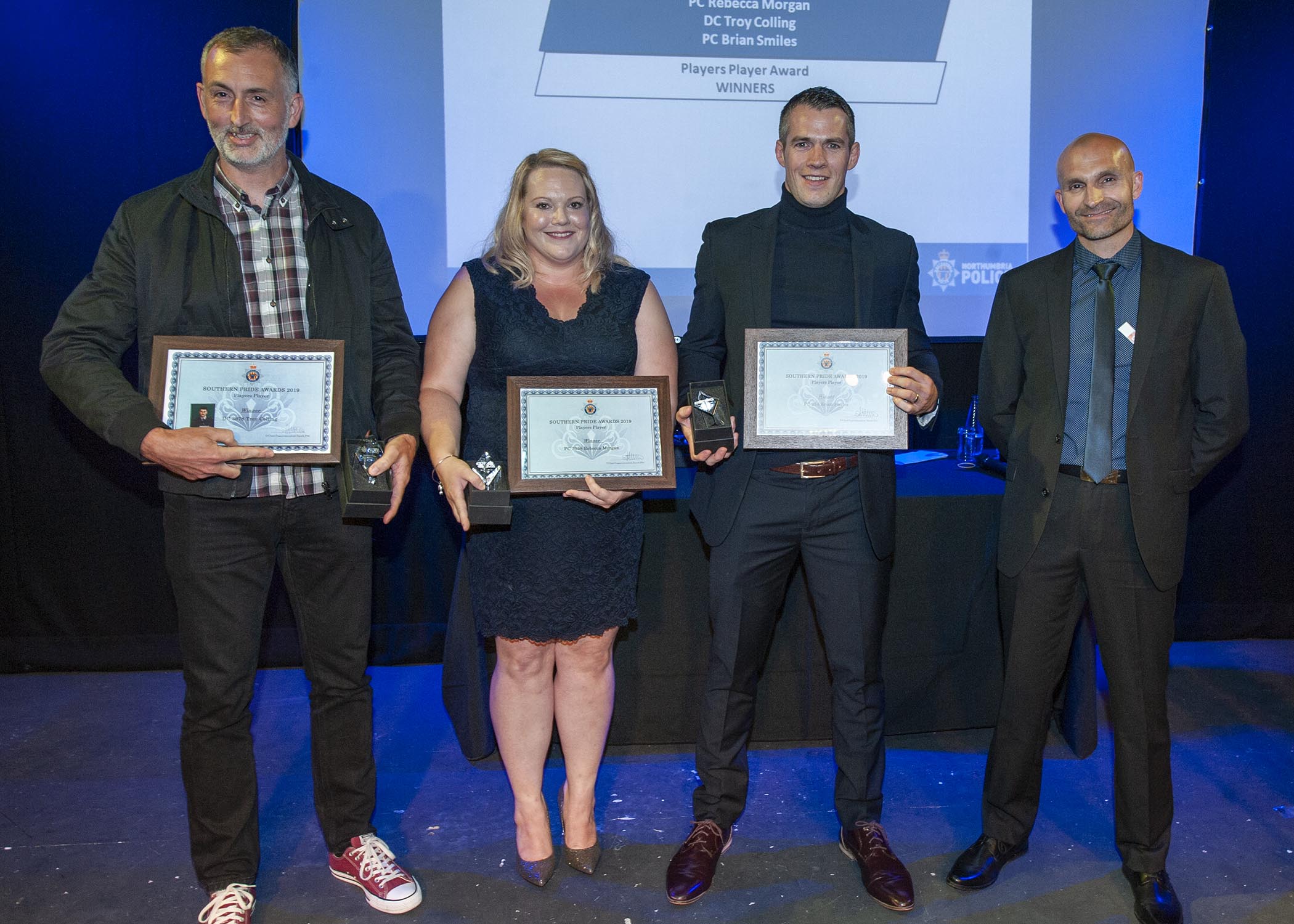 The categories for the annual awards, held in South Shields, included ‘Investigator of the Year’, ‘Outstanding Team of the Year’ and ‘Volunteer of the Year’.

Committed police officers and staff who have gone above and beyond to serve the communities of Sunderland and South Tyneside have been recognised.

Launched in 2018, the ceremony aims to recognise some of the most distinguished work and contributions made by the officers and staff tasked with protecting the public across Southern Area Command.

Officers and staff were asked to nominate their peers for 14 different award categories, which included ‘Investigator of the Year’, ‘Outstanding Team of the Year’ and ‘Volunteer of the Year’.

The winners and runners-up were presented with trophies and certificates by members of the Southern senior management team, including Chief Superintendent Sarah Pitt, Superintendent Paul Milner and Superintendent Barrie Joisce.

“The awards are an important way to reward and recognise the outstanding work carried out by our dedicated officers and staff who protect our communities every single day,” said Area Commander Chief Supt Pitt.

“The nature of policing is that quite often you are dealing with a number of issues at a time, and as soon as one job is completed then another comes along.

“Over the last 12 months, there has been some truly fantastic work carried out by individuals and teams across Southern Area Command – from safeguarding vulnerable victims to securing complex convictions and taking dangerous offenders off the streets.

“I am incredibly proud of my team in Sunderland and South Tyneside, and know the public will share my sentiment in thanking the front-line officers as well as those behind-the-scenes who ensure this region remains a safe place to live and work.”

Among those recognised on the night was Detective Constable David Holcroft, who showed an incredible work ethic and determination when investigating a near-fatal stabbing in Washington back in November 2017.

His complex investigation led to the conviction of Christopher Robson, 29, of Manor Road, Washington, who received a life sentence in April this year after pleading guilty to attempted murder.

Community engagement officer Paul Marshall won the ‘Valuing Difference’ and ‘Ambassador of Change’ awards for his work with the LGBT+ communities, and PC Peter Baker was recognised for his role as wildlife officer.

Special Constable Sophie Nash was crowned ‘Volunteer of the Year’, and there were three winners in the ‘Players’ Player Award’ category – with PC Rebecca Morgan, PC Brian Smiles and Detective Constable Troy Colling all praised by their peers.

Chief Supt Pitt added: “I’d like to congratulate all those who were nominated for an award and thank everybody for their ongoing commitment and hard work.

“We are all incredibly proud to protect the communities that we serve, and will continue to endeavour to provide the very best policing service that you expect and deserve.”