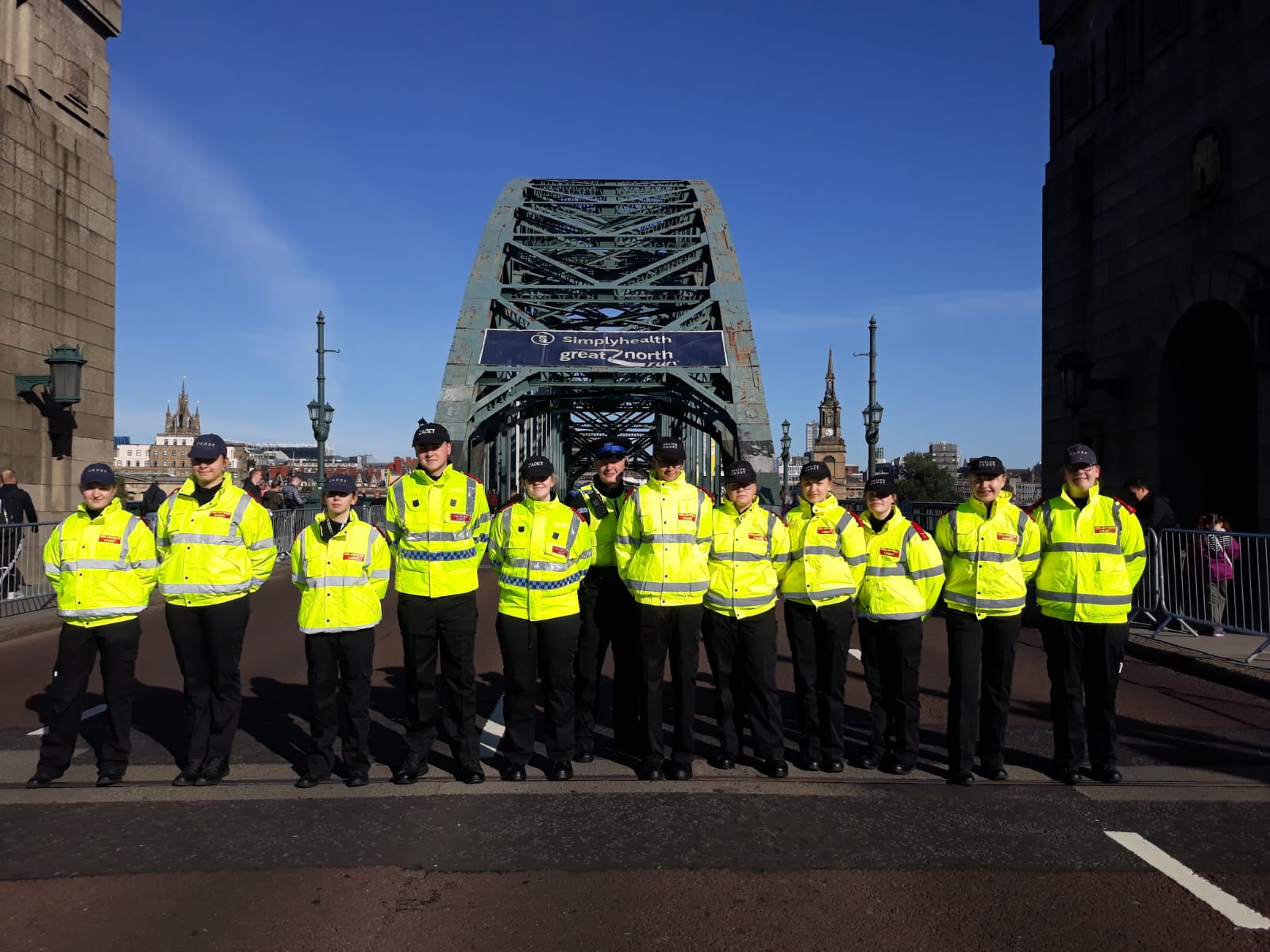 A top cop has heaped praise on quick-thinking cadets who rushed to the aid of a spectator who collapsed at the Great North Run.

An elderly female came into trouble as she watched the early stages of Sunday’s half-marathon race between Newcastle and South Shields.

After seeing the pensioner collapse opposite the Hilton hotel on the Gateshead side of the Tyne Bridge, a team of police cadets were on hand and sprang into action.

With the woman conscious and breathing but clearly shaken, the caring cadets maneuvered the crowds to give her space and administered first aid as they waited for ambulance staff to arrive.

She received treatment from medics but did not require to go to hospital.

Chief Inspector David Pickett, Northumbria Police's Silver Commander for the Great North Run, has now paid tribute to the cadets who proved their worth once again at one of the region’s biggest events.

“Our cadets are such an important asset for the force and this is just another example of how dedicated they are,” Ch Insp Pickett said.

“Tens of thousands of people headed to the North East for the Great North Run and our officers were on duty along the route to protect competitors, spectators and local residents.

“Our volunteer cadets gave up their own time to support our officers and staff at the event, and this incident highlighted the real and positive difference that they make every single week.

“The cadets that were positioned with a community support officer near the Tyne Bridge reacted quickly and stayed calm under pressure, offering the woman a much-needed helping hand and managing the crowd of spectators nearby.

"They then reassured her until dedicated ambulance staff arrived at the scene.

“They and all our cadets who volunteered at the weekend to help protect the public, engage with communities and support our policing operation should be very proud – they are a credit to themselves and the force.”

Almost 43,000 competitors pounded the pavements for the world’s biggest half-marathon, with thousands of spectators cheering on runners along the route.

Police have since thanked the public for playing their part in another memorable Great North Run weekend as the weekend passed without major incident.