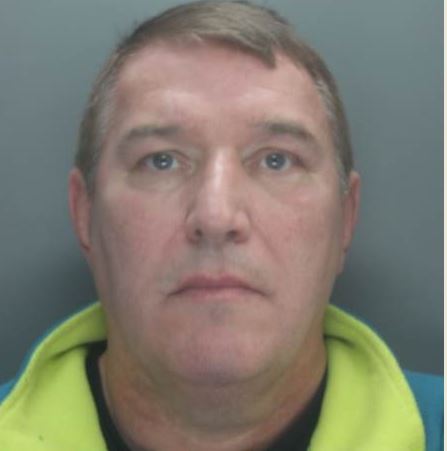 Final member of drugs gang jailed for almost 17 years after admitting his role in £2.7m conspiracy

The final member of a drugs gang who managed to evade capture for almost two years has been jailed after he was tracked down in Merseyside.

John Mullally, was the last of six men to be sentenced as part of a year-long investigation into a £2.7 million drugs ring operating across the North of England.

The 56-year-old was first arrested in 2016 shortly after his associates Leslie Moulden and Anthony Carr were found in possession of four kilos of high purity Cocaine worth £2,752,000.

Officers were then able to link Mullally to the enterprise after finding messages on his mobile phone which placed him at the heart of the gang’s North West operation.

The investigation took a turn in June 2017 when the group had been charged and were due to make their first appearance in court. Both Mullally and Moulden absconded leaving behind their four associates, Carr, Nicholas Casselden, Paul McGovern and Dean Wear.

Covert officers from the North East Regional Special Operations Unit (NERSOU) soon began an intricate surveillance operation which traced Moulden to Leeds, where he was arrested after a year on the run.

Mullally would remain at large for almost two years before he would be captured with the help of Merseyside Police.

Mullally had previously pleaded guilty to conspiracy to supply Class A drugs, possession with intent to supply cannabis, possession of cocaine and absconding on bail.

His sentence has been welcomed by Detective Inspector Steve Pescod from NERSOU.

He said: “John Mullally was an arrogant criminal who absconded whilst on bail and spent nearly two years on the run from police. He genuinely believed he would never be caught and refused to face up to his crimes.

“However yesterday marked the end of a long and complex investigation for our officers and we are pleased with the result.

“Mullally was part of a sophisticated and large-scale drugs operation which sought to make money by flooding our streets with cocaine.

“I would like to thank all of the officers involved for their hard work in what was an intricate and fast-paced investigation carried out under the banner of Operation Sentinel, our dedicated initiative to tackling serious and organised crime. I would also like to thank our colleagues at Merseyside Police for their help and assistance.

"Cocaine is an incredibly addictive drug, which causes untold physical harm to those who abuse it. Not only does it ruin people’s lives but it has a devastating social impact on our communities. “