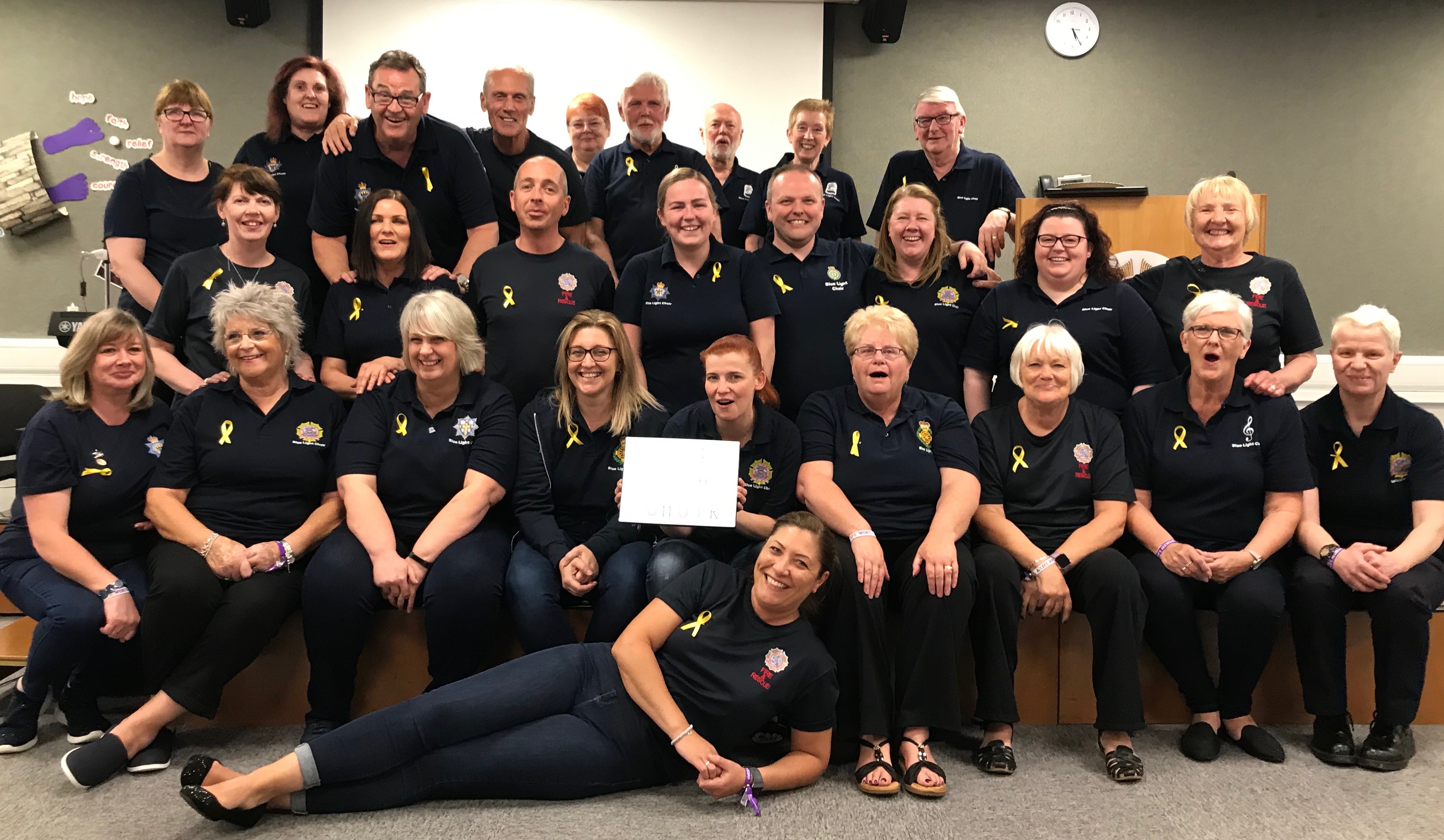 Staff from one of Northumbria Police’s busiest departments have sang the praises of the Blue Light Choir as it celebrates its third birthday.

Elizabeth Bunn and Ashley Watson from the Force’s transcription department first joined the group in 2017, looking for a way to switch off from their demanding roles.

Following the choir’s third birthday celebrations late last month, the pair decided to share their experience of how being part of a group which champions mental health, positivity and wellbeing helps them to have a better work-life balance. They are also encouraging anyone with an interest in singing, socialising and cuppas to head along for a taster session.

Elizabeth, who is a Soprano, said: “Due to the nature of what we do within the Force, we can often be asked to transcribe distressing calls and upsetting conversations. I do feel well supported within my team and we have a great structure in place, but it’s really nice to have a different outlet to go to where I can let off steam, meet new people and sing.

“I’ve always loved to sing, I wouldn’t say I’m the best but it’s a hobby that’s all mine and something I can do which I enjoy. It brings all the services together and makes you think about your own health. There are a lot of songs we sing which can be very emotional and thought provoking for people.”

Ashley added: “It’s something I can put my mind to and it’s a way of socialising. We have fun together and we would love for new people to come and join us, we’re a friendly bunch.”

Since joining the choir, the pair have sung at a number of high-profile events including a concert held at The Sage and Pride. And, this Friday they will head to Edinburgh to sing at the National Emergency Services Memorial at St Giles Cathedral.

Here they will be recognising the hard work of the emergency services and commemorating those who have lost their lives in the line of duty.

The 30-strong group is made up of staff from across a range of emergency services, including Northumbria Police, Tyne and Wear Fire and Rescue Service, the North East Ambulance Service, the NHS and a

It first began as a ‘fire choir’ in August 2016 but by August 2017 had transformed into the Blue Light Choir. The self-funded group is always on the lookout for new members but is especially interested in Tenor and Bass voices.

If you would like to join the choir, find out more information or donate to the Blue Light Choir visit https://bluelightchoir.carrd.co or email bluelight.choir@twfire.gov.uk