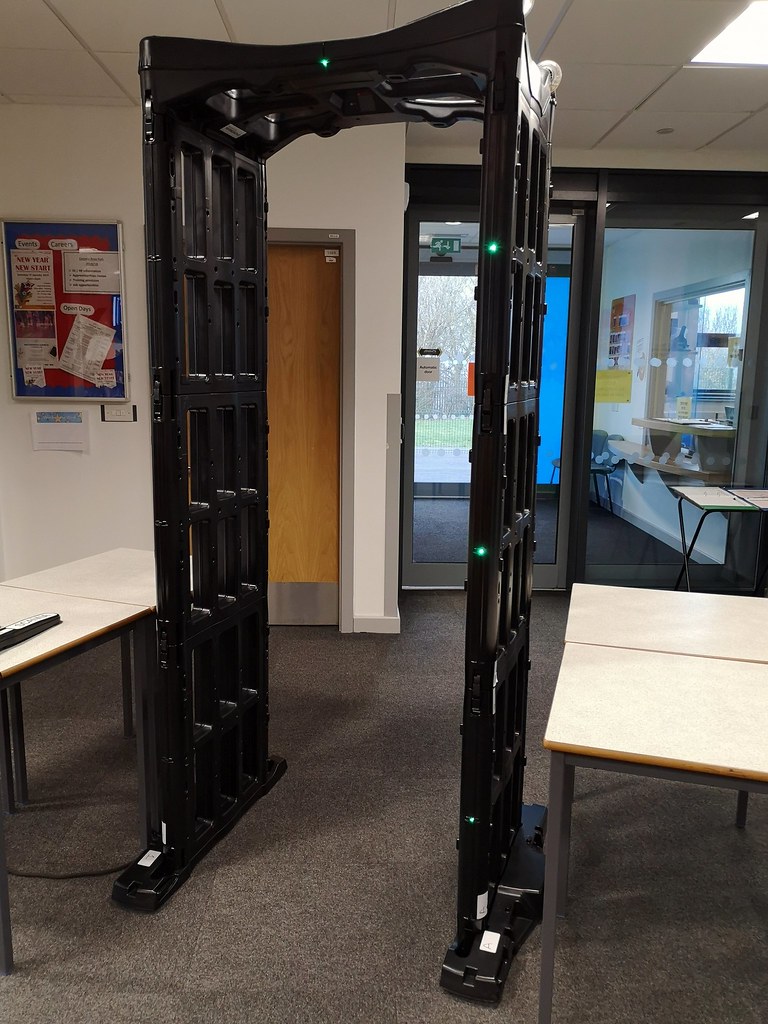 Officers from Northumbria Police have teamed up with Nexus to help make the city’s transport hubs safer as part of a national week of action geared at reducing knife crime.

On Friday (September 20) neighbourhood teams carried out searches using knife wands and an arch at North Shields and Whitley Bay Metro stations as part of ongoing activity for Operation Sceptre.

The partnership work is just one of the tactics the Force has deployed to try and raise awareness of the devastating consequences carrying a knife can have. Since the week of action was launched on September 16, officers have been carrying out increased searches and patrols, educational events have been held in schools and the public have been encouraged to hand over any unwanted items into our red surrender bins.

Chief Inspector Rob Bosson from Northern Area Command said: “I would like to thank the public for their support, cooperation and patience. We know carrying out searches in busy transport hubs can have an impact on commuters and people trying to get home, but it is important we continue to police our streets and keep them as safe as we can.

“As part of Operation Sceptre we have been doing a range of work across the Force area from weapons sweeps to educational events. Our officers did a fantastic job engaging with the public at North Shields Metro and there was a lot of support of our usage of knife wands and the arch scanner. We want the public to know we are committed to working with our partners to keep transport our transport hubs safe.

“While our officers didn’t recover any items, it is important we keep engaging with the public and patrolling public spaces to show the public we will not tolerate knife crime on our streets.

“Operation Sceptre is a great way for us to show our communities - during a week of intensification - the relentless work we do as part of our drive to reduce the impact of knife crime here in the North East alongside our partners.”

Metro Services Director, Chris Carson, said: “We are playing our part in supporting this policing initiative which the Northumbria force are leading right across local communities in order to tackle knife crime.

“Crime rates on the Tyne and Wear Metro remain low and incidents of offending like knife crime are extremely rare.”