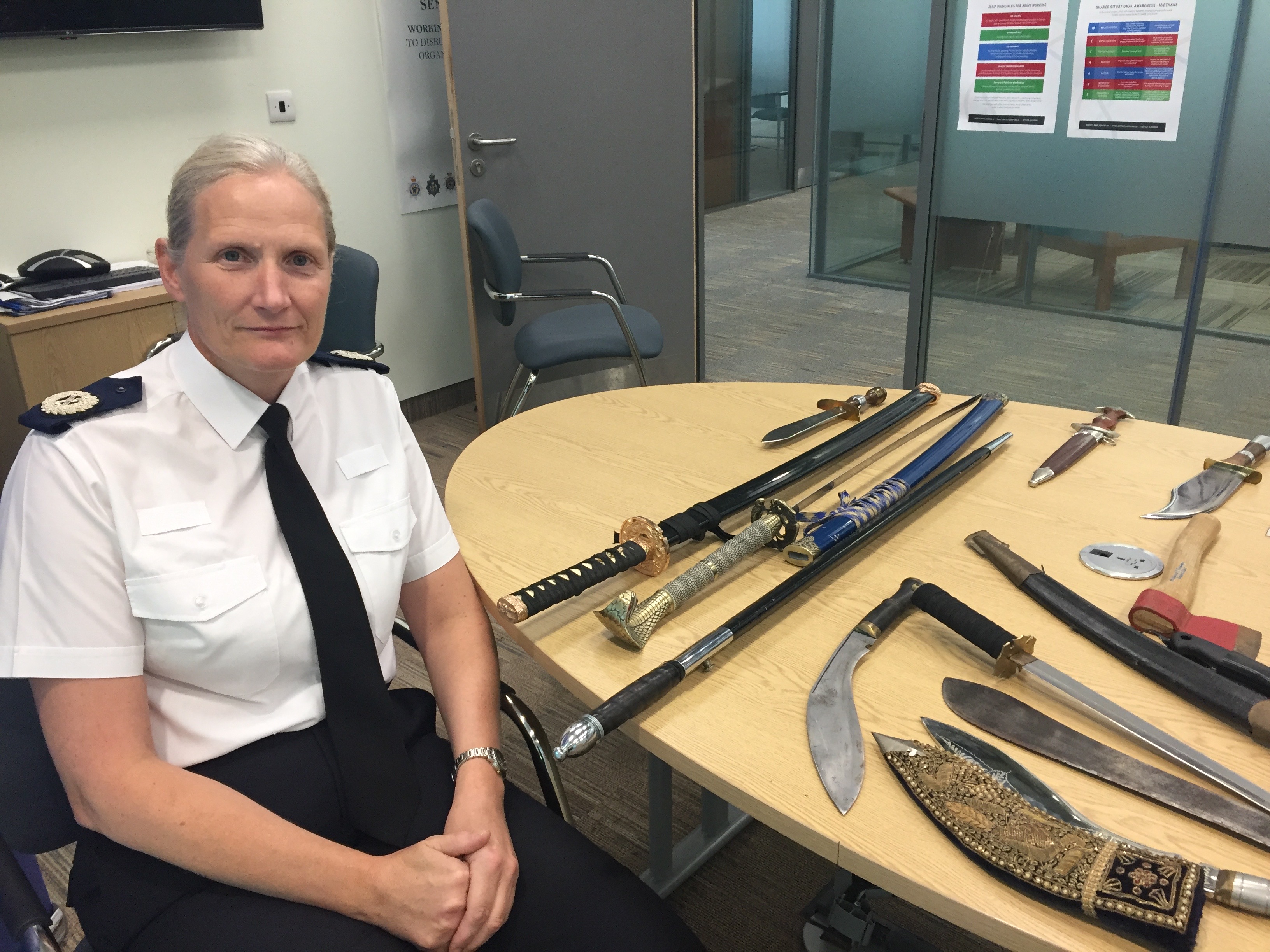 Leading figures from Northumbria Police have praised the public’s response to a national knife surrender – after more than 300 weapons were recovered.

As part of Operation Sceptre, the national week of action to tackle knife crime, red surrender bins were placed at six stations across the Force area to encourage people to hand over any unwanted blades.

Officers also carried out a range of targeted activity from extra patrols using knife wands and arches to educational workshops with young people and partnership work in transport hubs.

The week of action is not a one off, but a national, coordinated response aimed at reducing the devastating impact of knife crime on our communities.

A total of 17 people who were wanted by the Force for weapons offences were arrested and partnership work with UK Border Force has seen 12 weapons seized. Night time patrols and searches at licensed premises were also carried out.

Assistant Chief Constable Helen McMillan, Northumbria Police’s lead for Serious and Violent Crime, said: “I would like to thank the public for helping us to make the streets safer by bringing their unwanted knives into our stations.

"We know the majority of people would never dream of carrying a knife or a bladed article around with them but we are always happy to take people's unwanted items and dispose of them safely and make sure they never fall into the wrong hands.

“So far, we have seen more than 300 knives surrendered, which we see as a really positive response. All it takes is just one knife in the wrong pair of hands to cause irreparable damage and unnecessary heartache.

"This past week we have been continuing our ongoing work to reduce knife crime across the Force area.  Our teams have been out in their communities with knife wands and arches, working with our partners to make the streets and our transport hubs safer and we have also made a number of arrests.

“I would like to take this opportunity to reassure residents that although our area continues to experience lower levels of knife crime than other big cities across the country, are fully committed to making the streets we live and work as safe as we can.

“I would urge anybody who has any information about people going out with a weapon to come forward. Share that information with police, so we can act now.

“While the surrender is now over, you can still bring any unwanted weapons in your possession to your local station where it will be disposed of.”

Northumbria Police and Crime Commissioner, Kim McGuinness, said: “Every knife surrendered is one less potentially dangerous weapon off the streets of Northumbria.  This campaign has helped raise awareness of the dangers and has provided the opportunity for people to do the right thing, before it’s too late.

"It's important now that we build on this work, and that's why I'm establishing a force-wide Violence Reduction Unit to focus on the root causes of crime. I want to work with others to ensure we can turn around lives and actually prevent people taking part in violent crime."

The week of action, which included a knife surrender, was held between September 16 and 22, and all 44 police forces across England and Wales took part.