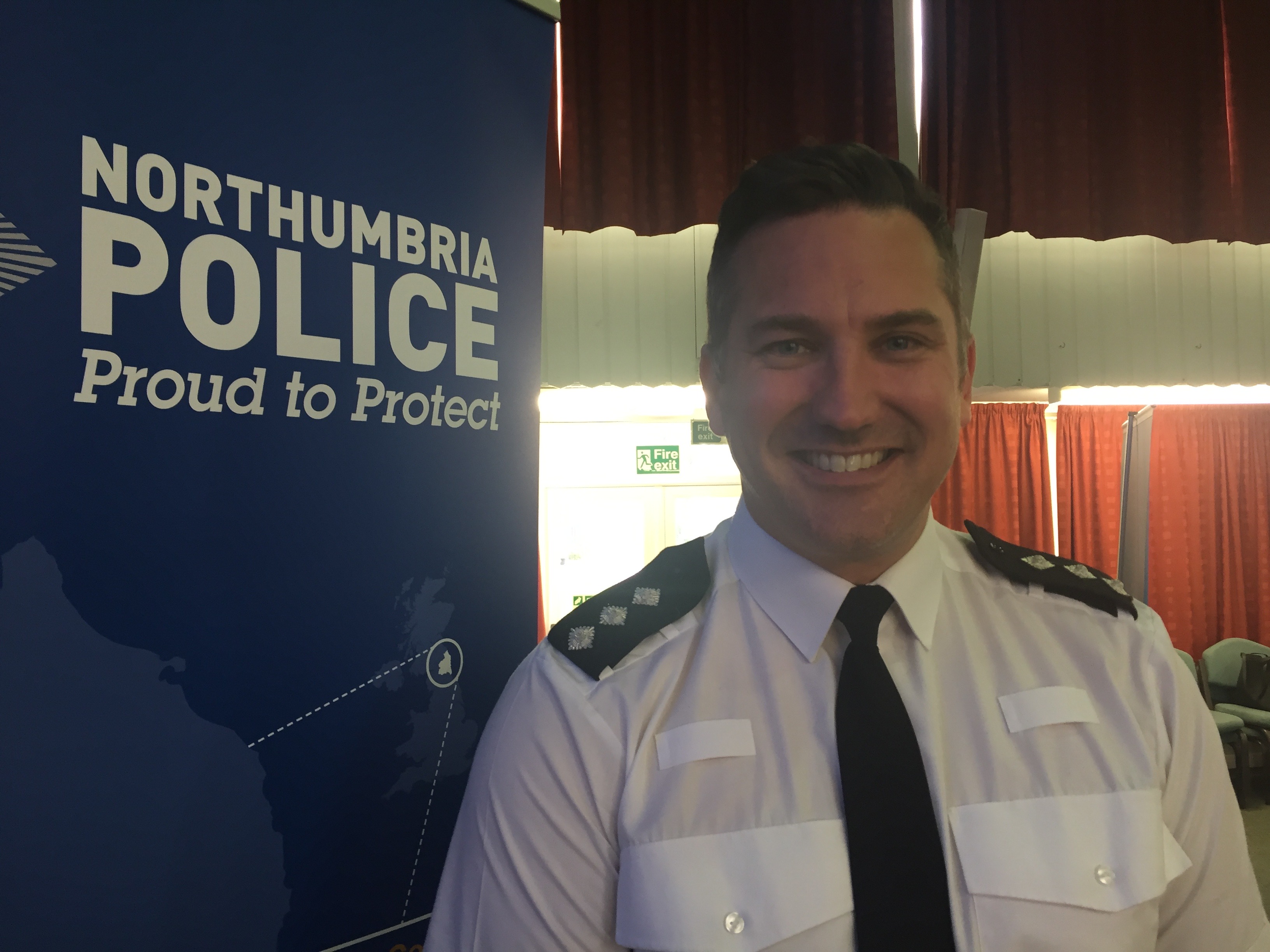 The Force has teamed up with its partners to host a unique, first-of-its-kind event aimed at highlighting the dangers of knife crime to young people.

Held at the Langdale Centre in Howdon, officers, charity Edge NE and a rehabilitated drug addict delivered talks and workshops to more than 100 pupils, outlining the dangers of carrying a knife, explaining the threat from County Lines and discussing how to stay safe and maintain healthy relationships.

Chief Inspector Rob Bosson from Northumbria Police helped organise the event alongside North Tyneside Council and said engaging with young audiences was key to preventing crime. Abbie Armstrong, the Young Cabinet Member for Community Safety for North Tyneside, opened the conference and said she was really pleased to see the views of young people being taken seriously.

He said: “It was a fantastic day and we’ve had a really positive response from all of the schools who attended. It’s crucial for us as a Force to engage with young people and listen to their concerns. Our role as officers is not just to pursue offenders, but to be a part of any early intervention strategies which prevent crime from happening in the first place.”

The conference followed a national week of action geared at tackling knife crime in which 401 items were surrendered into secure red bins placed at six stations across the Force area.

As part of Operation Sceptre officers also carried out a range of targeted activity from extra patrols using knife wands and arches to educational workshops with young people and partnership work in transport hubs.

They also teamed up with Northumberland County Council to visit a number of addresses in the Blyth area to engage with young people frequently involved in anti-social behaviour and at risk of exploitation.

Chief Insp Bosson added: “Just because Operation Sceptre is over it does not mean our work ends. We are committed to working with young people and making sure they are educated about the dangers of getting involved in any type of crime, and showing them that we are here to help.”