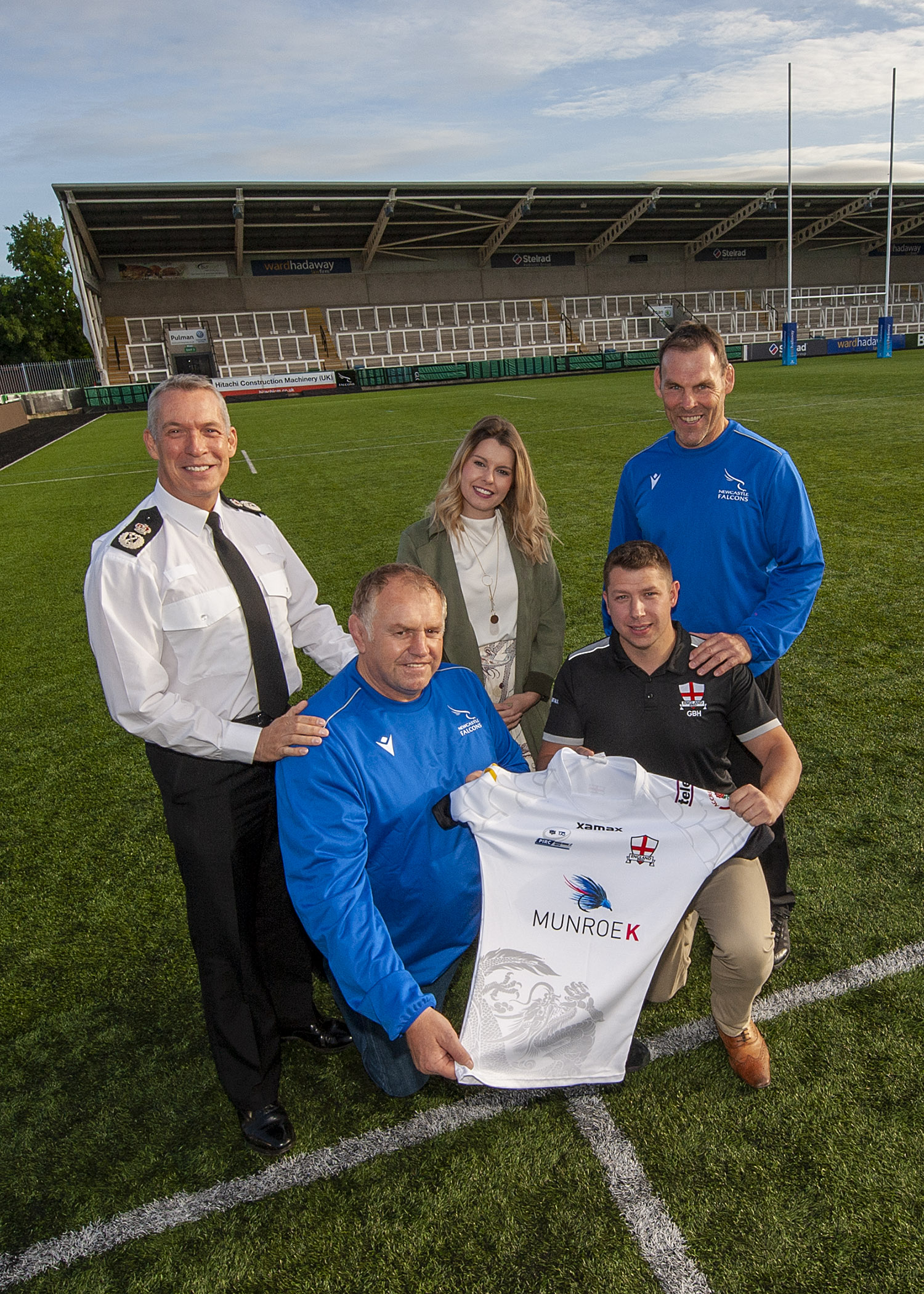 This week the Rugby World Cup kicked off in Japan as the English national team look to bring the trophy home.

But Eddie Jones and his team aren’t the only Englishman travelling to Far East Asia in search of sporting glory.

That’s because the national England Police Rugby team are in Hong Kong to take on colleagues from across the world.

And one of Northumbria Police’s officers was on the flight after he was selected to take part in the two matches.

Sergeant Greg Haynes, who works out of Etal Lane station, will pull on the number 15 shirt for his country.

But before he packed his bags he visited the home of Newcastle Falcons at Kingston Park for a special congratulations.

There he was presented with his England shirt by Chief Constable Winton Keenen, Police and Crime Commissioner Kim McGuinness and Director of Rugby at Newcastle Falcons, Dean Richards.

Father-of-two Greg said: “It is a massive honour to be selected to go on this tour as it doesn’t happen very often.

“I have been part of England Rugby for four years now and this is the first tour we have had so I don’t think I will have a chance to do it again.

“It takes a lot of organising as we obviously have our jobs and our families to keep us busy but this has taken two years of planning.

“The Force have been great and granted me leave to go out to Hong Kong and I’m sure it will be an experience I’ll remember for the rest of my life.

“It was really nice of the Chief Constable, Commissioner and Dean Richards to come down and congratulate me and I can’t wait to get going.”

Chief Constable Winton Keenen said: “Greg is a fantastic representative for Northumbria Police and for the whole of the region.

“It is a wonderful achievement to be selected for your country and this really is a high standard of rugby so hats off to him.

“I want officers to have opportunities to get involved in sports teams and to be granted leave to take part in a tour of this nature.

“Greg will remember this for the rest of his life and I was delighted to be able to congratulate him in person this week.”

You can follow the progress of Greg and his team by following the England Police Rugby Team on Twitter at @EnglandPoliceRU.