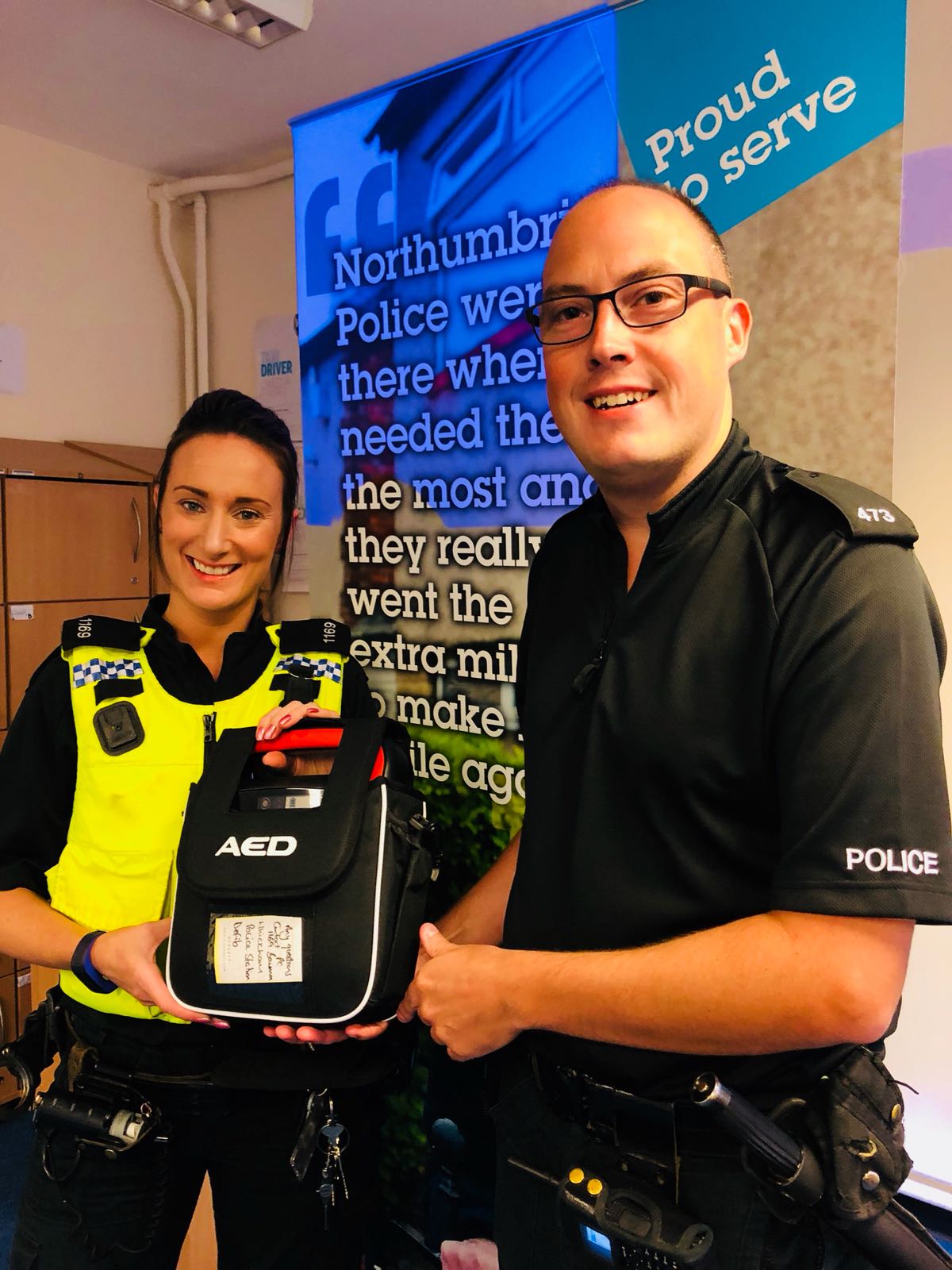 A police officer has condemned thieves who stole a defibrillator from outside a Gateshead school.

PC Emma Bowman has been working with schools and a local charity over the past four years to have defibrillators installed in schools on her patch.

Together with her colleagues in the Gateshead West Neighbourhood Policing Team, Emma has helped raise funds to purchase the life-saving equipment.

And she has today spoke of her shock after police received a report that thieves had stolen a defibrillator from outside Bill Quay Primary School on Davison Road.

PC Bowman has condemned the actions of the person responsible and called on them to do the right thing and contact police.

She said: "Police officers come across a number of tragic cases every single day and it is heart-breaking when a child dies.

"That is why we wanted to help get in getting more defibrillators in to schools and have been doing our bit to raise funds to make that possible.

"So far we have managed to help get 15 defibrillators installed in schools and that makes us feel very proud.

"It is difficult to comprehend why someone would want to steal one and rob a school of equipment that could ultimately save a life.

“We will make some enquiries to see if we can arrange for a new defibrillator to be installed there as soon as possible.

“An investigation to identify the person responsible is ongoing but we would ask them to do the right thing and speak to police.

“Anyone who has information about the theft, or who committed the offence, can report it by calling us on 101.”

The defibrillator is believed to have been stolen between 12pm on Saturday, August 24, and 9am on Monday, September 2.

Anyone who can assist police should call 101 quoting log 665 02/09/19 or report it online at the Northumbria Police website.

PICTURED: PCs Emma Bowman and Andy Hyde with a defibrillator