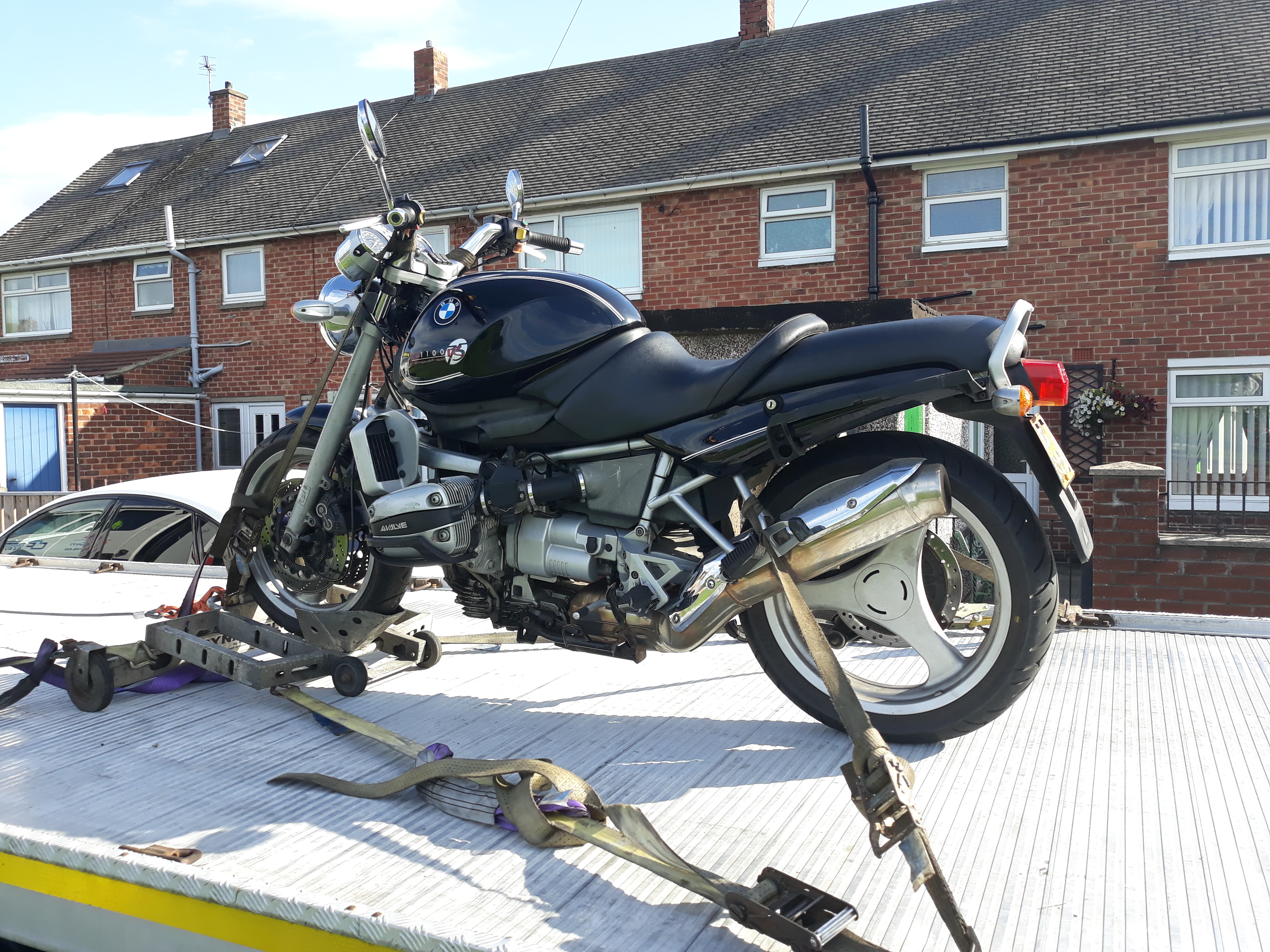 A stolen motorcycle has been seized in a police raid and returned to a Dutch tourist who had it stolen while on holiday in Newcastle.

The victim of the theft has thanked Northumbria Police’s Operation Benelli team after they seized the high-value motorcycle last week.

Officers had executed a warrant on a property on Friars Row in Burnopfield that they suspected to be linked to criminal activity.

Inside they found a quantity of drugs, cash and a BMW r1100 motorcycle that belonged to a Dutch tourist.

The 54-year-old had been shopping at the Royal Quays retail park when his motorcycle was stolen from the car park.

A further address on Whickham View in the west end of Newcastle was also searched and a second motorcycle was recovered from there.

Both motorbikes are in the process of being returned to their owners while two people were arrested as part of the warrants.

He said: “This is another positive result for the team and shows our commitment to returning stolen property to their rightful owner.

“We recover the majority of motorcycles that are stolen from our Force area but we are working hard to prevent incidents taking place in the first instance.

“Officers are carrying out undercover operations, we are targeting known offenders and we are working closely with motorcycle shops and garages.

“These offenders are brazen and the BMW motorcycle we recovered was taken from a car park at a busy retail park in the middle of the day.

“Thankfully we have been able to locate it and return it to the Netherlands which he was obviously very grateful for.

“An investigation into the theft of the motorcycle will continue and I want to warn offenders that we will always catch up with you in the end.”

The 28-year-old man and 25-year-old woman were released on police bail following the execution of the warrant last Thursday (August 29).

An investigation into the theft of the motorcycles is ongoing but police are asking for help from the public to continue the crackdown on motorcycle thieves.

Det Insp Fowler added: “We rely heavily on information from the public as they are the eyes and ears in our local communities.

“We need you to be aware of this type of offending and if you see anything that doesn’t seem right to you then we would ask that you report it.

“If you see two or three people riding a motorcycle, maybe without a helmet, and it doesn’t seem right, then give us a call.

“Your help could prevent crimes from taking place or it could lead us to recovering stolen property and putting suspects before the court.”