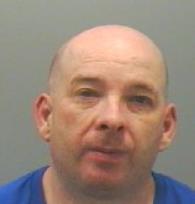 A paedophile who subjected his victim to years of abuse has been sentenced to 23 years for a string of sexual offences.

David Michael Fitzgerald, 51, has been sentenced at Newcastle Crown Court for 20 sexual offences including rape and sexual assault.

Fitzgerald, of Cullercoats Street, Newcastle, denied the abuse which started when the victim was a child and continued into her adulthood.

He was branded a dangerous offender and must serve at least two-thirds of the 23 year sentence behind bars and will be subject to an extended licence period of a further seven years upon release.  He will be placed on the sex offenders register for life and is barred from working with children for life.

The victim and her mother said in a joint statement: "What has happened to my daughter has made me so angry and frustrated. I could not believe what this man has done to her.

"She mentioned this man has ruined her life and her attitude has changed towards other people. She felt like she could not go outside in case she bumped into him.

"It was such a relief when she did tell people what had happened. She no longer felt scared and she wants to rebuild her life. She wants justice and is happy that we got a result at court, which makes her happy looking forward."

Detective Constable Hayley Evans, who led the investigation, has praised the victim for her bravery and hopes the sentence can give her the closure she needs to move on with her life.

Det Con Evans said: "Today is the final piece of closure this victim needs to be able to know that justice has been done.

"While no sentence will ever be long enough, she is able to take solace in the fact that she has been heard and he is now facing the consequences of his actions.

"It is difficult for any victim to come forward and report any form of abuse so I hope this helps show other victims who may be out there that we will do everything we can to get justice."

If you have been a victim of sexual abuse, either recent or historic, please come forward and contact police on 101, or 999 in an emergency. Search Northumbria Police sexual assault for advice.