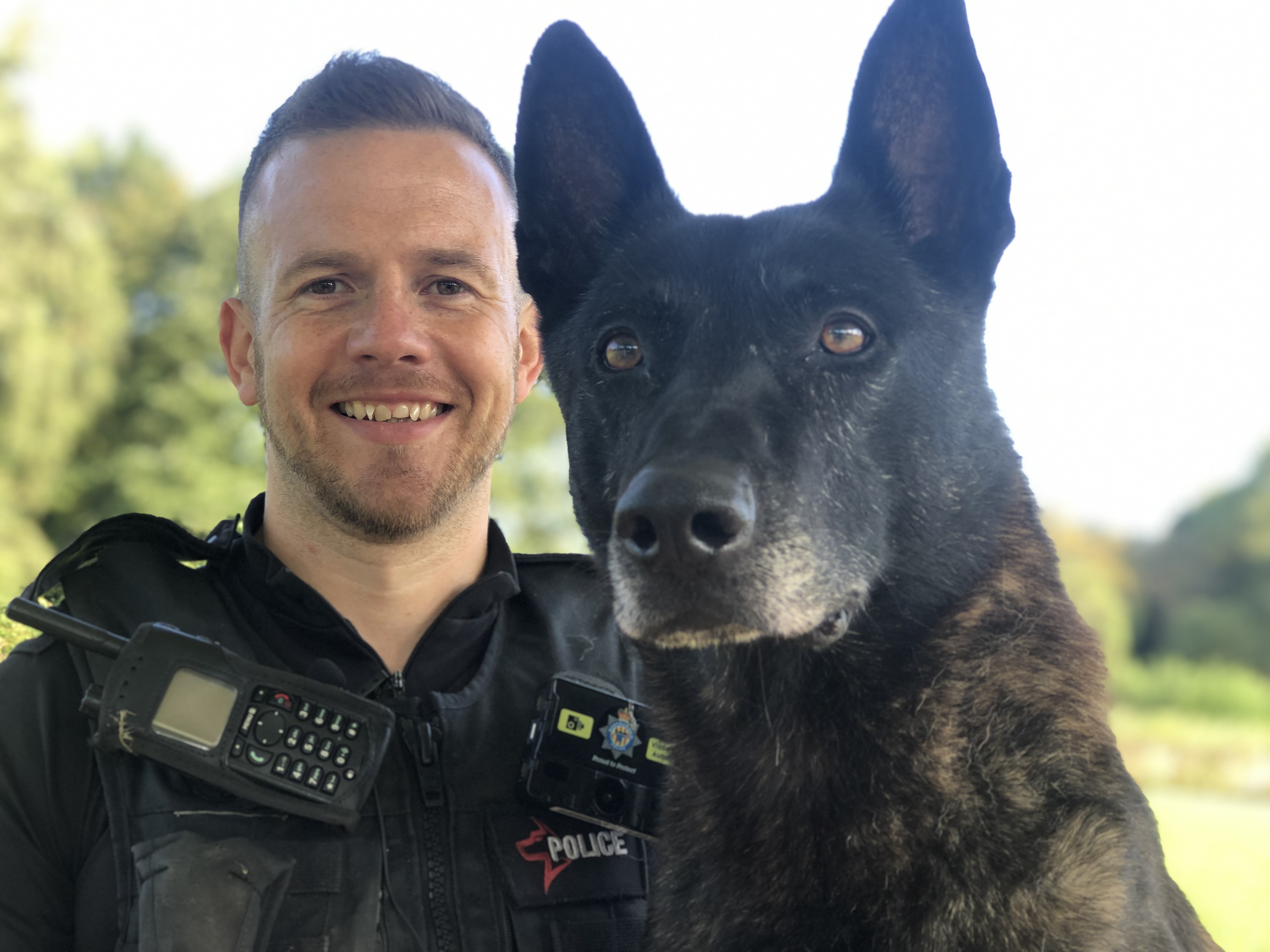 A police dog has been hailed a hero after it tracked through dense woodland to help police find a vulnerable missing person.

At about 8pm on Saturday, September 14, police received a report from a woman who was concerned about her partner.

The 39-year-old had gone missing from his home in Sunderland and she was concerned he was going to take his own life.

A huge police investigation was launched to trace the man who was recorded as a high risk missing person.

As part of that police response Northumbria Police’s Dog Section were deployed in the area to support frontline officers.

PC Adam Fegan and his dog PD Max started to track through a large wooded area near Venerable Bede Academy.

The five-year-old Dutch Herder followed his nose for quarter of a mile through dense woodland before locating the man safely.

Following the case, PC Fegan praised Max and said he was glad the man could now receive the help he needs.

He said: “Searching for a missing person is different than trying to track a criminal suspect as sometimes it can be a matter of life or death.

“This was a large investigation that involved a number of police officers and the support of the police helicopter.

“We had an idea that the man was going to be in the woods but they covered a large area and would have taken a number of officers to cover the area.

“That’s where Max can be such an asset to the Force as he quickly got a scent and was able to track the man down.

“Who knows what would have happened if Max didn’t find him when he did so I couldn’t be more delighted with him.

“Hopefully the man can now get the help he needs and I would like to think Max has helped get him back on the right track.”

Max is one of three Northumbria Police K9s nominated for Outstanding Dog of the Year at the Force’s Pride in Policing awards.

He was nominated after tracking down the suspect in a dangerous driving incident in Gateshead earlier this year.

You can vote for your winner of this year’s Outstanding Dog of the Year by visiting https://bit.ly/2mq6vBa.