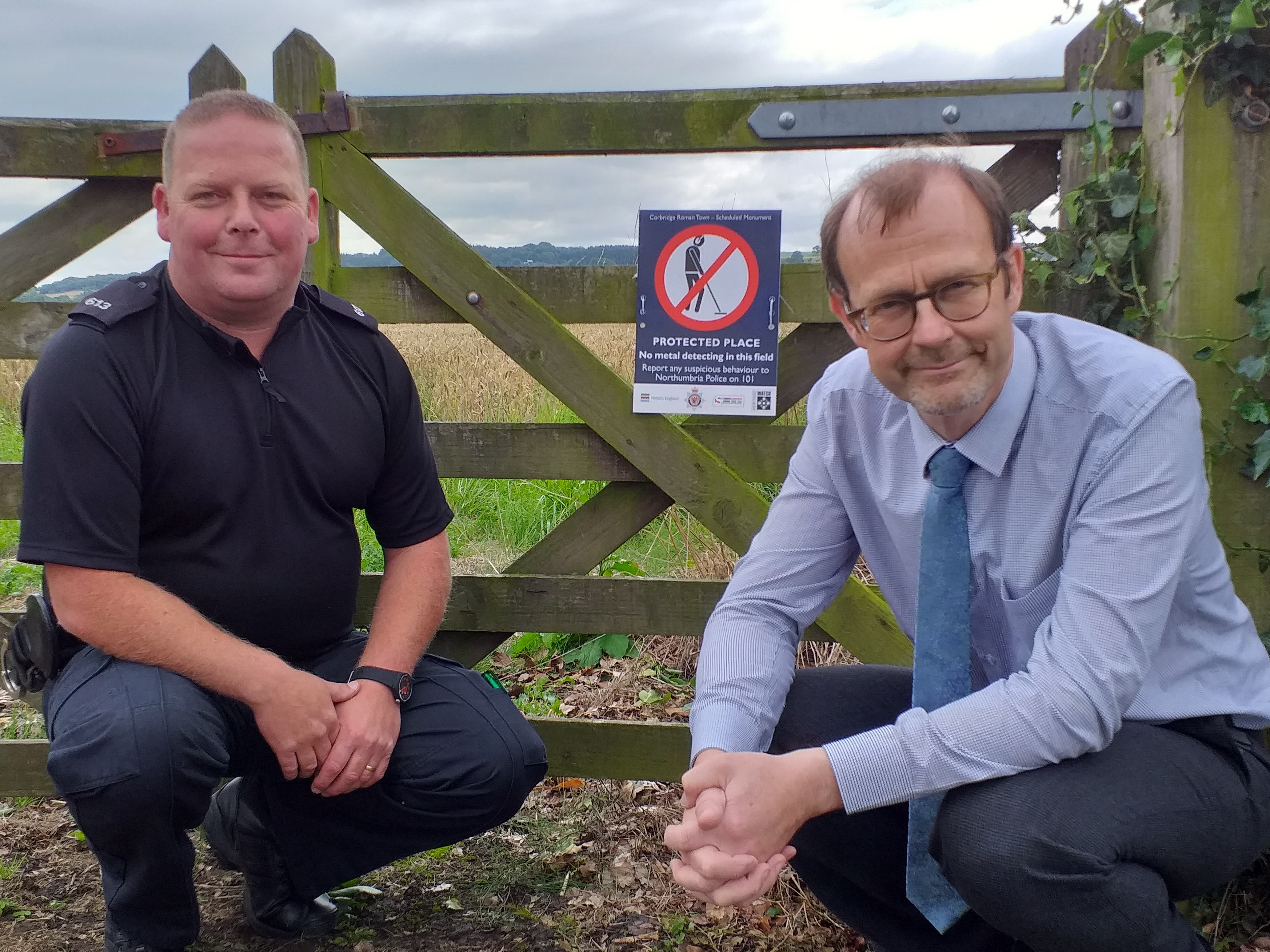 Northumbria Police has teamed up with Historic England to tackle unlawful metal detecting on Hadrian’s Wall in Northumberland.

Historic England – the organisation responsible for protecting the country’s historical sites - and Northumbria Police have put up warning signage at Corbridge, the Roman fort and town, which forms part of Hadrian’s Wall.

They hope the signs will build awareness and deter this form of criminal activity, which is damaging the Scheduled Monument and UNESCO World Heritage Site.

In recent years, there have been several reports of illegal metal detecting along Hadrian’s Wall with Corbridge as the worst-hit area.

Mike Collins, Historic England’s Inspector of Ancient Monuments for Hadrian’s Wall, said: “Most people who go metal detecting comply with the law and the Codes of Practice for Responsible Metal Detecting, but there’s a small but significant element – known as ‘nighthawks’ - who are damaging and stealing parts of this internationally important historical site.

"Essentially, they are robbing us all of parts of our national heritage as the artefacts they take or destroy could have added to our knowledge of Roman Britain.

“Illegal metal detecting at Hadrian’s Wall is particularly a problem at this time of year as adjacent farmland is being cropped and ploughed, making it easier for criminals to access and steal historic artefacts.”

The Hadrian’s Wall site at Corbridge is protected as a Scheduled Monument and it’s a criminal offence to use a metal detector there without proper authorisation from Historic England.

PC Lee Davison said: “We work very closely with Historic England and we are proud of the heritage sites we have here in the Northumbria force area.

"Protecting those historic sites is very much a partnership effort and it saddens us that they can often attract criminal activity.

“It may be the case that many people aren’t even aware they are committing a criminal offence but we hope we can work closely with Historic England to educate the public.

"We will be conducting patrols to deter criminal behaviour and if we identify anyone who has been stealing historic artefacts then they will be arrested.”

Illegal metal detecting should be reported to Northumbria Police by calling 101.