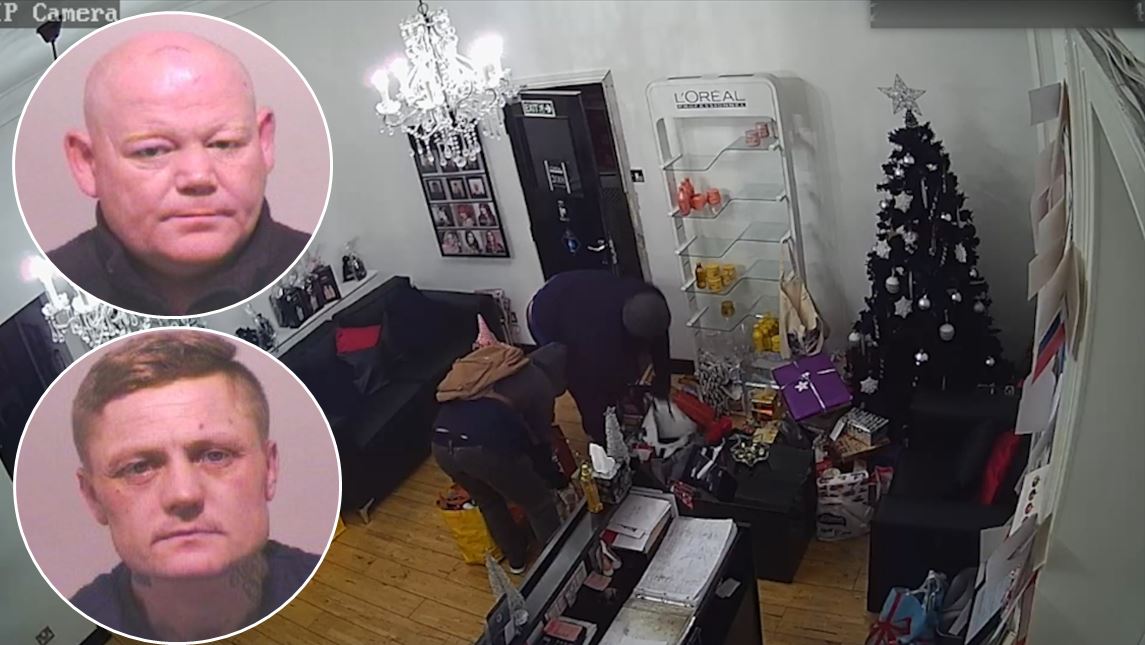 Pearson, 39, was sentenced this week while partner-in-crime Trotter, 38, was jailed earlier this year

A real-life Grinch who stole Christmas presents from under the tree at a Sunderland hair salon has been jailed.

Prolific thief Colin Pearson showed little festive spirit as he and an accomplice kicked their way into the Estrella salon, on Foyle Street, on the morning of December 23 last year.

They then snatched dozens of delicately-wrapped Christmas presents that had been left under the tree for customers and staff, before swiping hair and beauty products from the shelf.

But their Scrooge-like actions were exposed on CCTV, and after police found the stolen gifts at Pearson’s home address, he was arrested.

In February this year, Pearson, of Hudson Road, Sunderland, admitted burgling the salon at a hearing at Newcastle Crown Court. He went on to admit eight counts of theft relating to a string of offences committed across the city.

He was back in the dock for sentencing on Tuesday and was jailed for 16 months.

Detective Sergeant Steve Wallace, of Northumbria Police, said: “Pearson is a prolific thief who has heaped misery on families and businesses across the city.

“Christmas should be a time for kindness and good-will, but instead Pearson preyed on people’s generosity by stealing thoughtful gifts that had been bought to reward hard-working employees and customers.

“His behaviour undermines the fabric of our society, and it is important that the public recognise that those who show no consideration for others – as well as a total disregard for the law – will be dealt with robustly.

“He will now be on Santa’s naughty list for years to come, and must deal with the consequences of his actions.”

Pearson, 39, and partner-in-crime William Trotter, 38, were caught on camera forcing entry to the salon in the early hours of December 23 before they carried out a rash search of the premises.

During that time, the pair bagged up a selection of Christmas gifts from under the tree – including bottles of Prosecco, make-up and Loreal beauty products – before hastily making off.

When employees came into work the next morning, they contacted police who went over the business’ CCTV footage.

As part of their enquiries, officers attended Pearson’s home address and found a number of presents that had been stolen from the salon wedged under his own tree.

On March 27, Trotter, of East Vines, Sunderland, pleaded guilty to the Estrella break-in and three other burglary offences as well as a charge of common assault. He was jailed for a total of four years and one month.

On Tuesday, Pearson was jailed for one year and four months as a result of his widespread offending.

Det Sgt Wallace leads a group of dedicated burglar hunters tasked with reviewing every incident that takes place across Sunderland and South Tyneside.

Based at Southwick Police Station, the team of detectives review prolific offenders and monitor hotspots so they can identify those responsible for burglaries and prevent them from taking place in the first place.