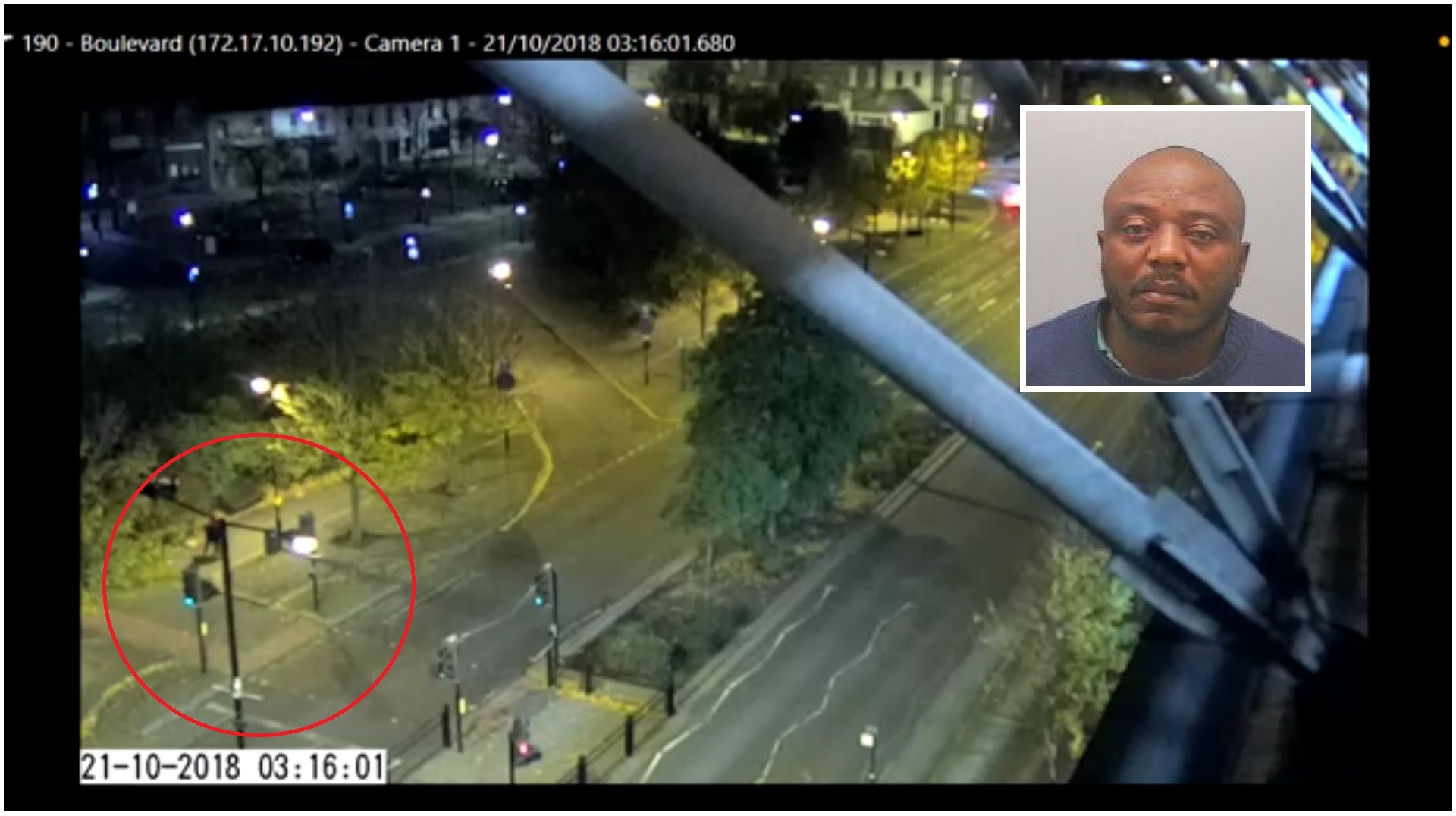 A sexual predator who stalked a woman through Newcastle city centre before groping her in the street has been jailed.

Rownbangu Mukendi, 42, has this week been put behind bars for nine months after being convicted by a jury of a sexual assault earlier this year.

In the early hours of October 21 police received a call from a distressed woman who was intoxicated and walking through the city centre.

She told police in the call at 3.20am that she believed she was being followed by a man who she did not know.

A court was told how the phone line cut out and police were left with little information about her whereabouts.

They were able to trace her call to the area around St James’ Park and a patrol car was deployed to the area.

Within just minutes, police had located the woman sitting with Mukendi on a wall on St James’ Boulevard.

Officers separated the pair and spoke to the 29-year-old woman who disclosed that the man had followed her from a nearby bar. She revealed he had then sexually assaulted her in the street.

Mukendi was arrested by police at the scene and later charged with sexual assault by touching.

He denied the offences but was convicted by a jury following a trial at Newcastle Crown Court last month.

Now Mukendi, of Beech Grove Road, Newcastle, has been jailed for nine months at a sentencing hearing at the same court on Monday (September 2).

In a statement read out in court during the case, the victim said she was worried other girls may have been targeted by men like Mukendi.

She said: “This incident has affected me. I feel scared when thinking of going out in the town.

“I very rarely went out before and this incident has caused me to question going out in the future, affecting my life and how I go out.

“I worry that this may have happened to other girls and that other girls younger than me may become victims of crime like this.”

The victim also consented to footage being released from CCTV cameras that showed her abuser dumping her on a park bench.

He then forces himself upon her before police arrive on the scene, remove Mukendi and PC Victoria Karaniauskaite sits next to her to see if she is okay.

PC Karaniauskaite took on the case and was pivotal to gaining the trust of the victim and bringing charges against the offender.

Following the case, she praised the bravery of the victim and said: “Rownbangu Mukendi is a sexual predator who now faces a spell behind bars after preying on a vulnerable woman in Newcastle.

“She had been alone in the city centre and was heavily intoxicated and was seen by this man as an easy target.

“He has stalked her from a bar and then subjected her to a sexual assault that she was unable to prevent from happening.

“The bravery she showed to contact police during this incident has allowed us to trace her and the offender.

“Mukendi failed to admit what he did that night and I hope this sentence brings his victim some comfort.

“I also hope that our quick response to this incident shows how seriously we take this type of offending.

“Our city centres should be a safe place to visit and anyone who takes advantage of someone in a vulnerable position will be arrested."

PC Karaniauskaite added: "We recently ran a vulnerability campaign in which we wanted to educate the public about what vulnerability looked like.

"The victim in this particular case was clearly vulnerable and we would ask people enjoying our night time economy to take note and look out for one another.

"If you see someone who is heavily intoxicated and on their own then they are in a vulnerable position and may need support.

"Newcastle is known as one of the friendliest cities in the world and we would ask everyone to work together to keep people safe."

Mukendi was also ordered to sign the sex offenders' register for ten years and made to pay a victim surcharge of £140.